My cousin, Mary Busch, alerted us to an appearance of the Minnesota State Band at the Minnesota Veteran’s Home near Minnehaha Falls on Wednesday evening, November 16. Mary is in the band (French horn, far right in below photo), as is her friend Bob Stryk (bass clarinet).

We’d never been to a program at the Vets Home before. It was a moving and extraordinary evening (click on photos to enlarge them). Here is the program booklet, including description of the pieces played: MN State Band Program001 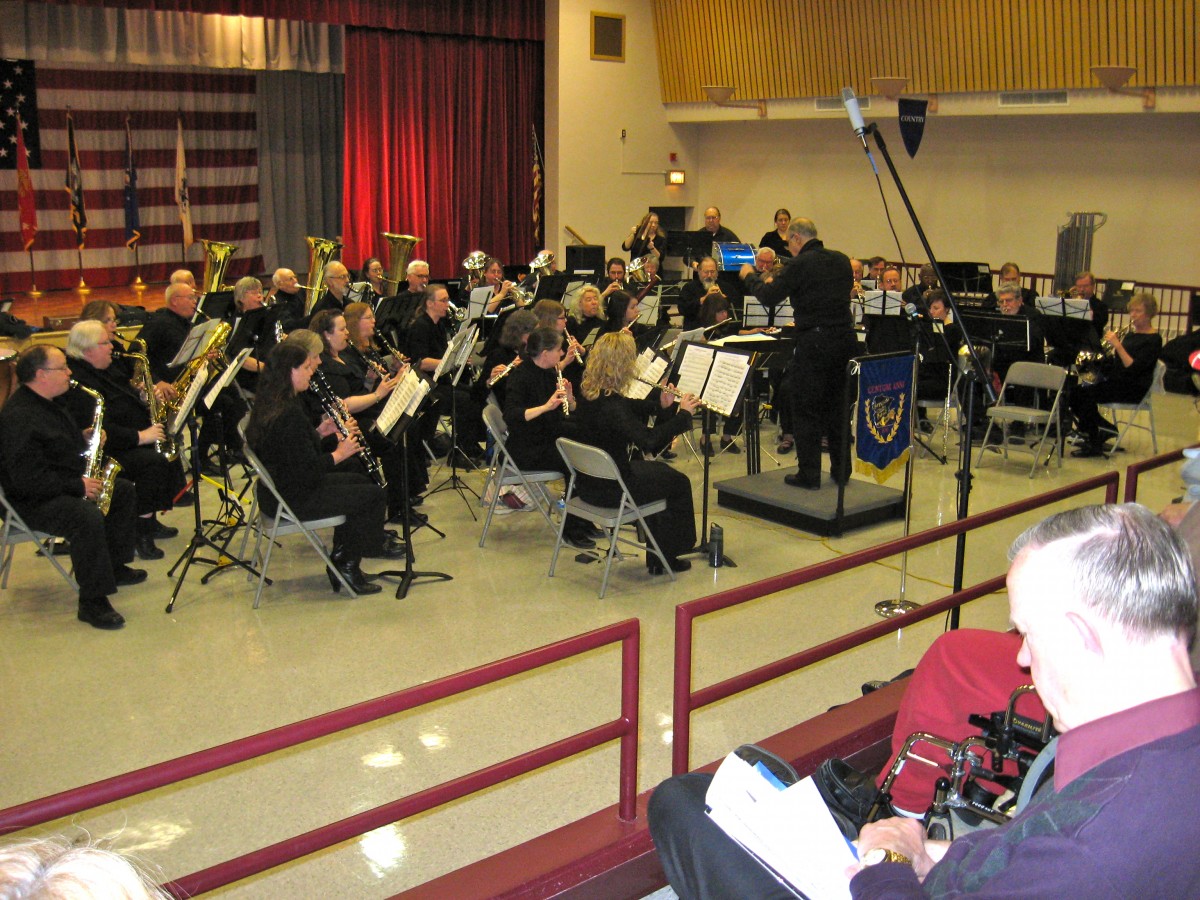 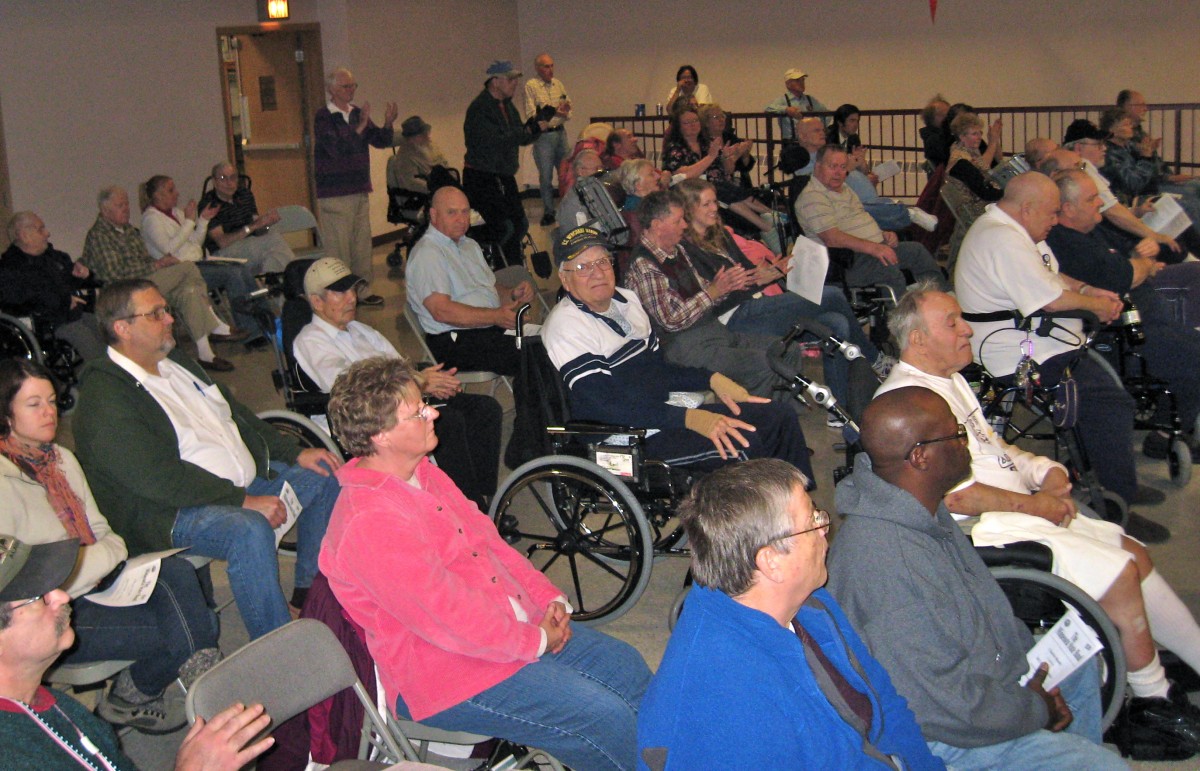 The program for veterans was a salute to the Civil War, which began 150 years ago (program order below). It became nostalgic for me. One of my earliest ancestors to Minnesota was Samuel Collette, who arrived in St. Paul area about 1857, and as a 22 year old was enlisted into the so-called Indian War of 1862-63. Samuel became a resident of the Veterans Home in 1907, and for all but a few months in 1908, lived the rest of his life there, dying at 95 in 1934. I wondered if he ever heard programs like this one.

The Vets Home auditorium is designed specifically for disabled persons: There are no rows of seats. The band performed on a stage lower than the audience so that more of the audience could see them. Most of we ‘normal’ folk don’t think of the problems encountered by the profoundly disabled.

The band’s program is below, and except for “Around the Campfire”, I’ve linked each song to a YouTube page with various renditions of the songs. I couldn’t find a YouTube rendition of Around the Campfire (by Julius S. Seredy). In a real sense you can listen to the same program as performed by the Minnesota State Band.

Around the Campfire by Julius S. Seredy arr Lester Brockton

The Blue and the Gray by Clare Grundman

Hymn to the Fallen by John Williams Tr. Paul Lavender

I noticed folks during the presentation. Many were quite profoundly handicapped by the ravages of age or disability.

My cousin related the next day that the attendance was lower than at their previous appearances, and the reason was sadly simple: there weren’t sufficient volunteers to wheel the other veterans to the program. Many had to remain in their rooms. I am guessing that it wouldn’t simply be a matter of volunteering at the event…there are protocols for such.

I made a memo to self to offer to become a volunteer there. We take such services for granted.

Next to me was an elderly guy in a wheelchair who seemed quite engaged in the music. As we left, I asked him “which branch of the service?” With no hesitation he said, “Army, 5th Infantry Division, WWII.”

It didn’t occur to me till I was going out the door that my Army days, in early Vietnam era 1962-63, were spent in that same division, the 5th Infantry Division (Mechanized).

Whatever one’s thoughts might be of war, one must not forget those who served.