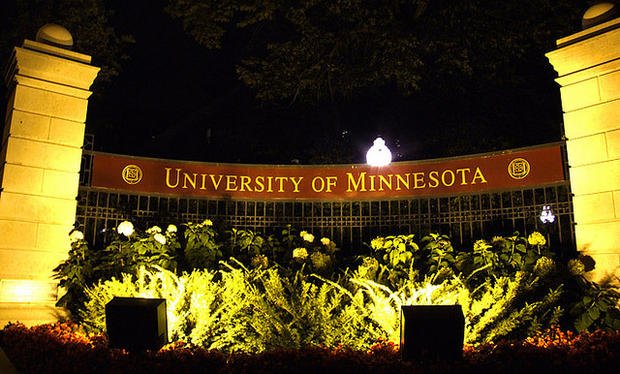 Lawmakers and University of Minnesota experts are eyeing criminal policy reform at the state and federal level.

Minnesota has made recent changes to its criminal correction and punishment policy, but advocates and lawmakers hope to see more next legislative session, and the conversation has reached the University.

Following the controversial Michael Brown and Eric Garner cases, which many have called instances of failure in the justice system, advocates say reforms designed to modernize the criminal sentencing and corrections system will become an important topic at the state and federal level next year.

“It’s an interesting policy time because we’re seeing a much greater openness to criminal justice reform in recent years than we have in the past,” said Christopher Uggen, a University sociology professor.

Uggen will speak at the University’s Humphrey School of Public Affairs on Wednesday for an event where speakers will discuss how the state can work to improve criminal policy.

One potential change to corrections policy at the state level attempts to keep sex offenders in prison longer.

Rep. Tony Cornish, R-Vernon Center, plans to introduce legislation next session to create a new sentencing category for habitual sex offenders. The bill, he said, would implement a 60-year minimum sentence for offenders based on certain criteria, like mental health status and the severity of the crime.

Cornish said he thinks putting habitual sex offenders in the care of the state’s Department of Corrections could be a more effective solution to handling sex offenders than the state’s Minnesota Sex Offender Program, where some offenders have been held longer than their original prison sentences.

“It would be more intellectually honest to do what [Cornish] is proposing than to do what we’re currently doing,” Uggen said.

Although Uggen said he agrees MSOP has problems, he thinks treatment programs are more effective at helping offenders than lengthy prison terms.

“We’re going to have to do something differently,” he said.

The right to vote and other opportunities for those recently released from prison are other recurring issues.

The state’s Ban the Box law, which forbids employers from asking about criminal history in initial hiring phases, took effect for public employers in 2009 and for private employers at the beginning of this year.

This type of legislation is designed to reintegrate criminals into the community and give them a chance to start over, said Mark Haase, steering committee member of the Minnesota Second Chance Coalition, an advocacy group for ex-offenders.

Although Haase said the law was a step in the right direction, he said advocates are calling for more reform.

For example, Minnesota currently forbids people from voting while they’re on probation or parole.

But Haase said allowing people to vote as soon as they leave prison could help them readjust to the community.

He is a member of Restore the Vote Minnesota, a coalition of organizations that aims to extend voting rights to offenders on parole and probation as well as others. He said the group will lobby to pass legislation on this topic next session.

Criminal disenfranchisement — or not allowing criminals to vote — and the disproportion between whites and people of color who commit felonies, affects policy and often leads to inaccurate representation of the population at the polls, Uggen said.

Black people comprised more than one-fourth of felony offenders in Minnesota last year, while the black population makes up only about 6 percent of the state’s total population.

“[Disenfranchisement] has such a profound symbolic importance in terms of identifying who is an accepted member of our community and who is still marked as an outsider,” Uggen said.