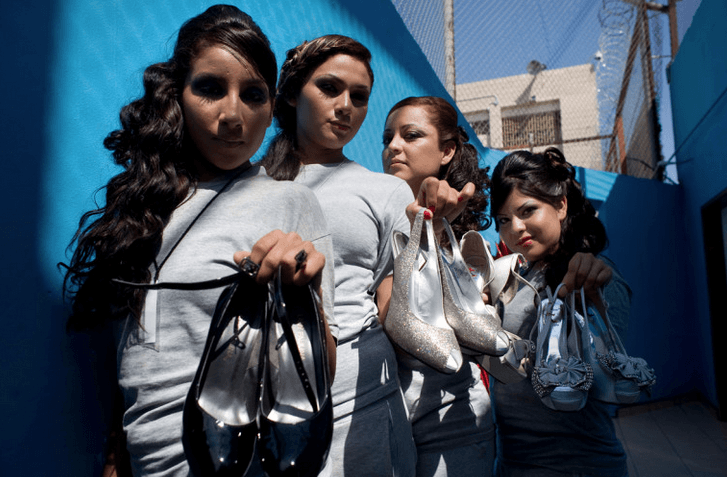 What does it take for someone, especially an adult, to leave the only land he or she knows as home, for a place where he or she knows few if any people, little about the culture and is rendered speechless by the new language?

The four photographers (Jill Holslin, Selma Fernandez, David Maung and Jorge Santiago) featured in “Mexican/American/Mexican,” the current exhibition at Arts at 801 Gallery, have faced this decision, and their choice of place has informed their work in unusual ways. 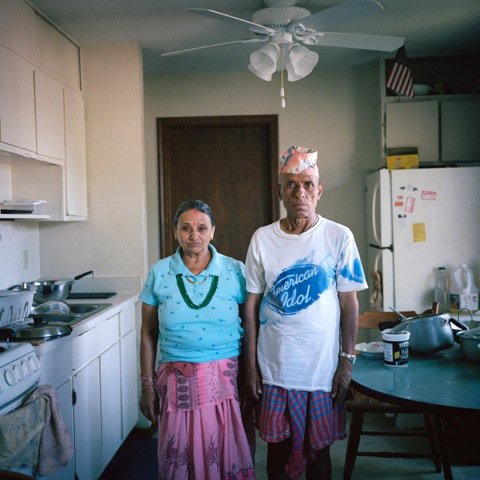 Laura Migliorino, a photography professor at Anoka Ramsey Community College, curated this exhibition, which examines the question: what does an immigrant see in a new country?

Some years ago, Migliorino was working on a project in Tijuana, Mexico documenting the present-day use of recycled WWII workers’ houses that had been transported from San Diego after the end of the war in 1945. While there, she and her collaborator Anthony Marchetti met American artists who had moved to Tijuana from Southern California, many because of much cheaper rents, and became part of a burgeoning arts culture in the city.

Migliorino wondered what the influence of the artist’s country of origin might be on their work, versus their destination country. She chose four artists, two of whom were born in the U.S. and went to live in Mexico, and two Mexican nationals who came to the U.S.

Jill Holslin is a photographer born in Morris, MN and has lived in Tijuana since 2011. Her work has been published internationally, appearing in exhibitions in Chicago, California, Mexico and Central America. In her exhibition statement, she says: “Since 2008, I have explored the contradictions and paradoxes of the border walls that try to separate the U.S. from Mexico. In San Diego the first 14-mile border wall was built of metal aircraft landing mats in 1994. A second wall was erected of massive concrete filled iron bars in 2009. The wall cuts through the urban fabric of the city, through wilderness areas, delicate desert chaparral habitat, and sacred lands. Border walls are the new trend worldwide, constructed by nations as a symbol of the state’s power to protect its citizens.” 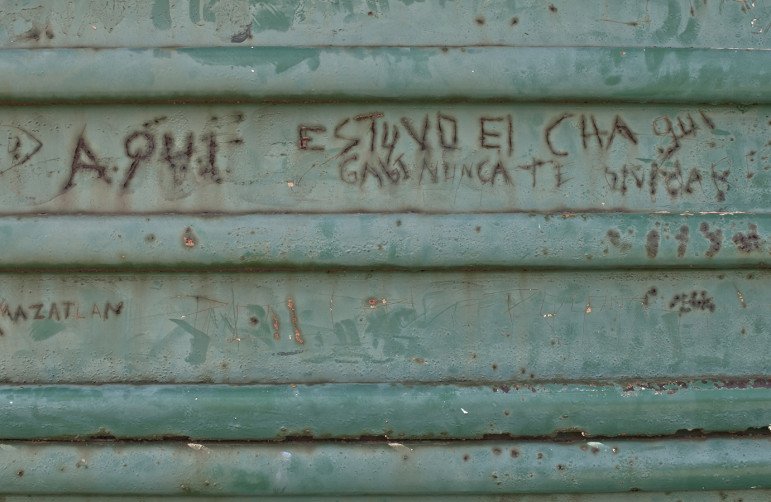 A startling feature of Holslin’s shots of border fences is the number of names and dates of people, carved with stones or knives as they waited to attempt their entry into the U.S.

Selma Fernandez Richter was born in Oaxaca and is now based in Minneapolis. After spending ten years photographing the business community in Monterrey, Mexico, she began her ongoing project “The Ache for Home,” a study of immigrant and refugee communities in Minnesota.

Richter’s work reveals the faces and places of families, mostly in St. Paul, who are struggling with daily life in a new country while trying to hold on to ties to their birthplaces. As a recent transplant herself, she brings a specific awareness to this expanding social and cultural phenomenon. 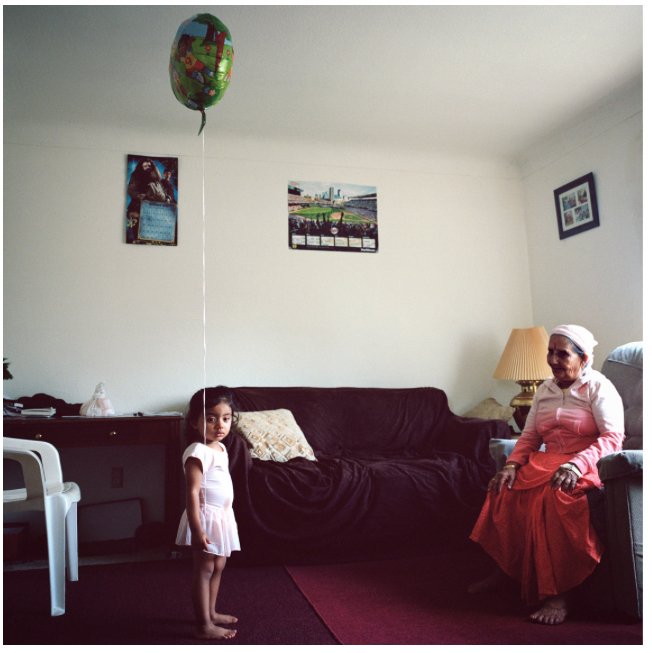 She is a current recipient of a 2015 McKnight Foundation grant.

David Maung is a Chicagoan by birth, and a photographer and resident of Tijuana for two decades. Through his artistic and life experiences in the border city, he’s come to believe that Tijuana is unique in Mexico for its close connection with the U.S and the cultural and economic influences which flow in both directions. The citizens of the city (Tijuanenses) often learn English through U.S. television, keep their spending money–dollars and pesos–in the same pocket and cross the border daily to study, shop or work. 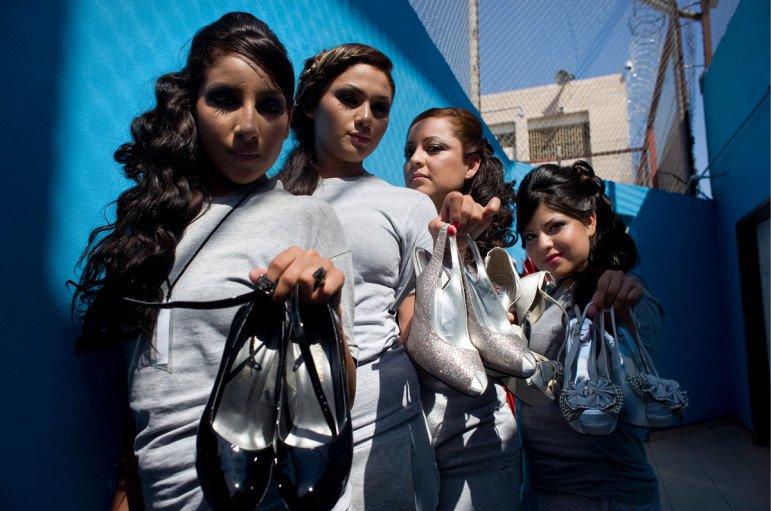 Maung’s photos express both the contemporary and the traditional in Tijuana’s teeming streets and plazas. When the drug cartels’ period of violence caused U.S. tourism to dwindle, the city had to re-invent itself. It lost the pleasure-seeking gringos and their dollars, and sustained an influx of returning Mexican emigres, pushed back into their homeland by a shrinking economy and stepped-up border enforcement. Although Tijuana is a young town in the nation’s timeline, and lacks the distinctive colonial architecture, the city’s inherent vibrancy remained.

Jorge Santiago grew up Guelatao de Juárez near Oaxaca, in Central Mexico, an area of traditional arts and home to many indigenous groups with their own histories and identities. This region of the Sierra was isolated from the larger Mexican national “identity” and the federal government sought ways to bring The Sierra Norte’s people into the fold. 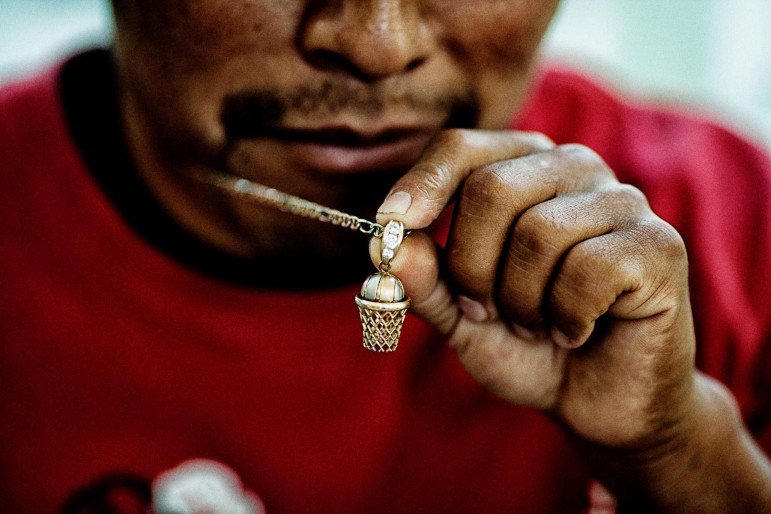 In the 1930s, President Cardenas introduced basketball as a way of unifying the region through sport. Santiago captures the flat concrete courts with mountainous backdrops, the pickup games and the lure of athletic glamour. Basketball tournaments are at the center of annual fiestas, along with band concerts, dances and the slaughtering of bulls.

The exhibition runs through September at Art at 801 Gallery, 801 Washington Ave. N., Minneapolis.