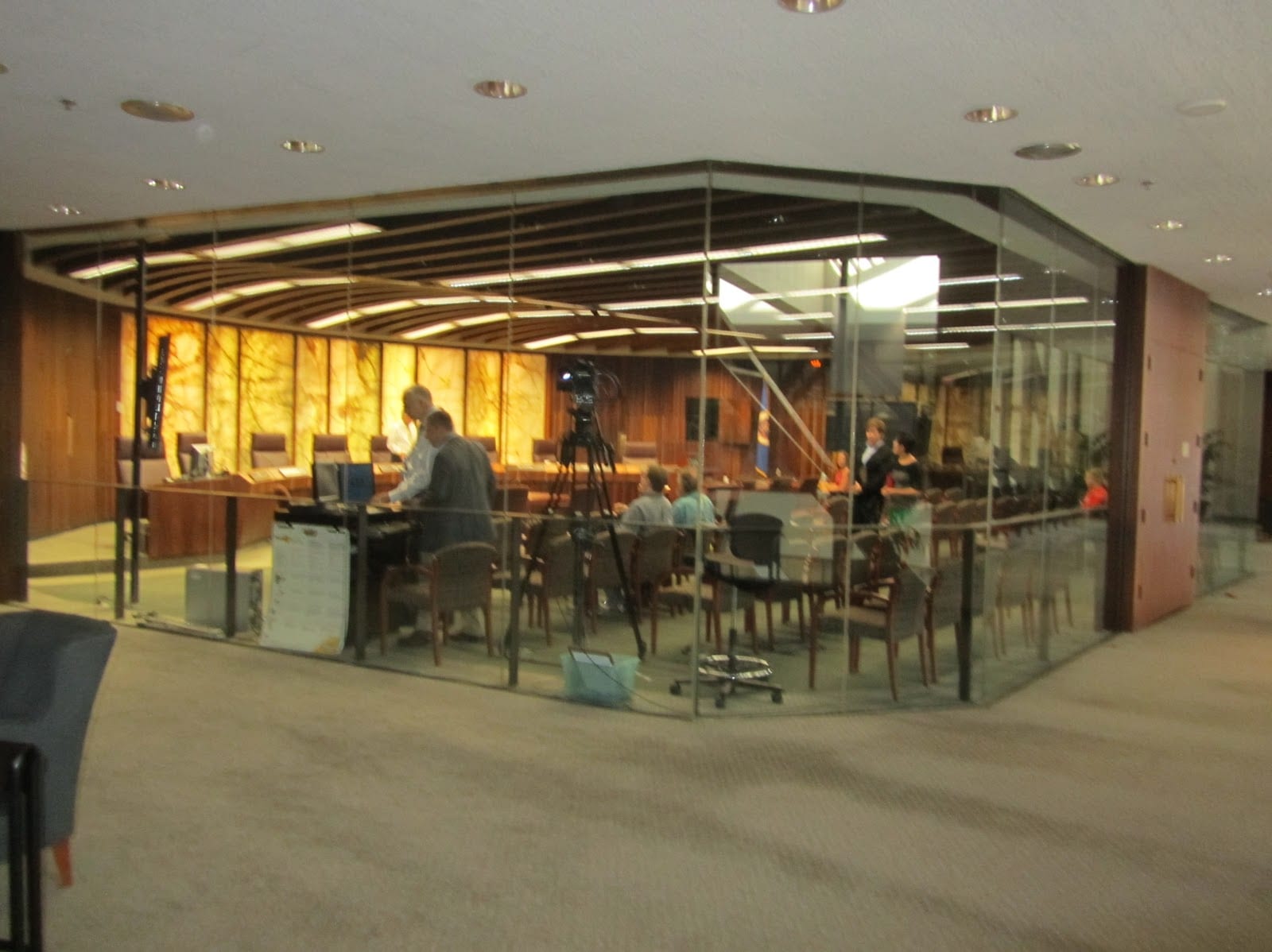 On Tuesday, June 12, the Hennepin County Regional Railroad Authority held a meeting seeking public comments on the Bottineau LRT proposal. There’s about sixteen different local government bodies that will weigh in on the merits of various aspects of the Bottineau line, and that’s probably an understated number. The HCRRA is one such entity, which was created to plan, design, and implement light rail transit in Hennepin County. The commission is expected to take action on a locally preferred route at their June 26 meeting, and is accepting public comments until the end of the business day on June 18th.

As part of the staff report, the committee was updated on previous north Minneapolis meetings about the two proposed routes. The most recent public vote on D1 (through Theo Wirth Parkway and down Highway 55) and D2 (Penn and Broadway down to Highway 55) resulted in thirteen people in favor of D1 and four opposed, and twelve people in favor of D2 with five opposed. This relatively equal support for each alternative has been consistent throughout the process. The Community Advisory Committee also supports D1 over D2, but with the stipulation that we must consider strong transit connections for the northside.

I was the first speaker, and advocated for the D1 route because I believe that D2 will eliminate the possibility of streetcars along West Broadway. I believe that the optimal transit hub at Penn and Broadway would consist of streetcars, bus rapid transit and bike lanes on Penn, and a top-notch greenway for bike lanes along 26th. We can’t get there if light rail comes down this corridor.

A representative from ISAIAH spoke next, and also lobbied for streetcars, saying that north Minneapolis “deserves” streetcars, and that in order to build a healthy city, “the northside ought to get [streetcars] first.”

Those who favored D2 believed it was the ideal route because it would serve more people within walking distance, it would create development around the stops and connect with employment opportunities at North Memorial, and would preserve our park system. The most intriguing speaker to me was the resident on Penn who said that she would probably lose her house, but still thought D2 was worth it.

The two points (other than D2 in general) that I found to be erroneous were when one person said our voices were being ignored, and when another said that the Penn Avenue route no longer needed to eliminate housing. First, there have been numerous public hearings and community meetings about the proposed routes, and we’re nowhere near done with those. The environmental review process alone won’t finish up until 2013. Furthermore, over one hundred signatures have been gathered from residents along Penn who oppose the D2 route. It seems, from the speakers present, that the same level of outreach hasn’t happened with residents near the D1 line though.

In terms of whether one hundred ten properties would still be affected by D2, that’s what the current map seems to indicate. At this time, I believe that speaker to be factually incorrect regarding that topic.

Even though my point of view was in the minority on Tuesday, I was more pleased that neighbors took the time to give their input, and that the County is committed to taking those comments into consideration. For those who missed the meeting but still wish to sway the HCRRA in one direction or another, you’ve got until 4:30 on the 18th to send in comments.