Here we were, having a quiet summer, and suddenly there is news! On a hot Friday heading into what might be a very long weekend for many people there is a lot to talk about. Let’s keep it light, like a salad in place of a big heavy meal. We wouldn’t want the day to feel even heavier than it already does. 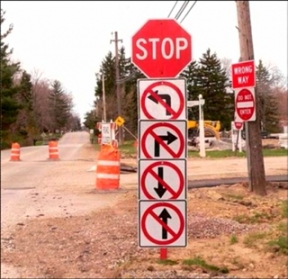 First up, everyone is talking about the Supreme Court ruling that Patient Protection and Affordable Care Act, better known as Obamacare, is completely constitutional. This caught me by surprise, I must admit, because the insurance mandate did seem like a “poll tax”, even though the rest of it seemed likely to stand. But Justice John Roberts, arguably the most powerful man in America, stood firm in his convictions – “Y’all go figger this out,” was what he appeared to be saying, just as he did in the more controversial Citizens United case.

The opinion is long and densely written, which is why the insta-nooze outlets got it wrong at first, sowing a delicious confusion across the internet for a few minutes. Roberts feels a deep need to explain his beliefs – a reasonable impulse given how nuanced they really are. The upshot is that he is a (small “c”) conservative who sees the Supreme Court in a very narrow role, ruling only on direct constitutional matters. He wants the political process to work things out for itself.

Roberts’ faith on our politics is endearing, but it is the right thing for a time of turmoil. We are going to have to figure things out without a heavy hand telling everyone what to do. Hopefully, Congress “gets it” and realizes that they have to start making things happen – or better yet, the people should start to demand a lot more from their Congress. Say what you want about the last time the Democrats controlled everything, but they at least got something big passed.

The other big news comes from Europe, where the central borrowing authority is going to be available to recapitalize banks. This is a very simple step that should have been taken long ago – and happened here in the US as early as 2007. It means that nations like Spain are able to get out of the cycle they were in where the national government had to borrow to support banks. This maxed out their credit lines and increased the cost of borrowing for them, requiring the banks that held their debt to have more capital in the first place.

Why did it take Europe so long to make such an obvious move? There was no authority for such an action and it had to be agreed on by the member nations (read: Germany and France). Angela Merkel did get a pound of flesh for her support, a promise to give the European Parliament more control over the budgets of member nations and a big step towards a more full integration of Euroland.

It is still an ongoing affair. The nations, living together without getting married, appear to be ready to at least open up a joint checking account. The bigger issues are on hold as they move ahead knowing that they are stuck with each other, for better or worse.

Back in the US, unemployment initial claims has stabilized at a high but reasonable rate just under 400k per week. It looked for a while like it was going to spike up over that level, as it did last summer, but it may be holding on. This is another long story that never ends, but it may be settling down in the hot summer air.

All of this news appears to be good for Obama at this stage of the campaign, but it all has to play out for a few more months before we can tell if people are willing to put their faith in him for four more years or not. We still have a terrible flight to safety in the bond markets, with rates on the 10 year Tbill hovering around 1.7%. If any turnaround is all a matter of psychology, we still have far too much fear.

Where is it all going? Hard to say. But decisions are being made, and that’s a start. It’s up to everyone to work out the details at this point.