In Minnesota, ethanol has become part of our everyday lives. It is blended into our gasoline and is available for flex fuel vehicles in the form of E85, with the intention of lowering our fossil fuels dependence. Ethanol also helps keep corn demand and prices high to support our farmers. But corn ethanol is increasingly becoming a controversial topic. 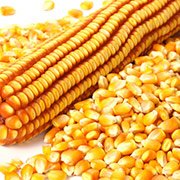 There are a number of downsides to corn ethanol. Besides supporting a system that over-relies on corn, corn ethanol also drives up food prices. As a fuel alternative, it is dubious. Ethanol contains less energy per volume than gasoline, but also requires a very energy intensive process to manufacture it. As a result, it burns through a considerable amount of fossil fuel to create it.

Still, corn ethanol has played a critical role in getting people to think more deeply about environmentally and economically friendly fossil fuel alternatives. So what else should we consider as we try to transition past corn fuel?

In 2011, the U.S. opened the ethanol market to international competition; as a result we have imported a fair amount of Brazilian sugar cane ethanol. Versus corn ethanol, it has been lauded as a more environmentally friendly and efficient alternative to fossil fuels. The sugar cane ethanol requires less processing and the factories have the ability to generate their own power by burning leftover materials from the process. This has resulted in the U.S. Environmental Protection Agency (EPA) labeling the Brazilian ethanol as an ‘advanced biofuel’ and creating mandates that encourage imports. (We’ll talk about MN sugar production later in this blog.)

It turns out that Brazilian ethanol has its own problems. These range from worker abuse to environmental issues related to burning the cane fields before manual harvest (many sugar plantations have been switching to mechanized harvest which eliminates the need for burning; but has cost, fuel use, and other problems associated with it). However, the largest drawback to Brazilian sugar cane ethanol production is that it is still a crop that takes up land and fertilizer. Expanding sugar cane fields push food production farms into areas where they will be forced to farm in ecologically sensitive areas such as the Amazon and near the Pantanal. This makes ethanol’s goals at reducing carbon emissions very difficult indeed.

Ok, so the outlook of biofuels is looking a bit cloudier now, but there are still options. Earlier this year, in California, a project went underway to build an ethanol and cellulosic biofuel production facility that uses sugar beets. The facility is projected to produce ethanol and fuels at an efficiency and carbon reduction rate much greater than corn and even sugar cane. This is intriguing from a Minnesota perspective because we grow the most sugar beets in the nation. We can diversify our ethanol production in the state by using our beets to produce a more efficient ethanol and cellulosic biofuel. This would take alleviate some of the problems associated with corn ethanol, but will still be using land and fertilizer. It would also likely drive up food prices and further complicate the sugar industry in the U.S.

In the end, ethanol is certainly not the environmental, economic and political panacea. But that does not mean that we should ditch all efforts to produce fossil fuel alternatives. It simply means that ethanol cannot be relied upon as the sole solution to our fossil fuel problems. We still need to do a considerable amount of investment in both time and resources to further develop and reach the full potential of many renewable energy sources, and ethanol is just one step in that long process.