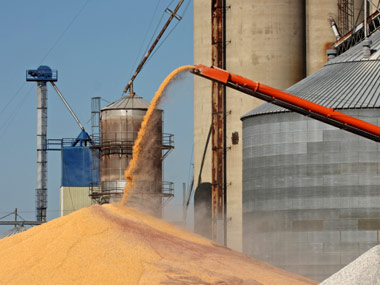 This being an election year, simplistic answers and proposed fixes for all that ails us are offered daily for real and imagined problems.

Some, like the voter ID Constitutional amendment in Minnesota, are pure distractions to cure a problem that doesn’t exist but will serve a political strategy of denying the elderly and minorities access to the polls.

Others are far more complex than what appears on the surface, like livestock groups requesting the Environmental Protection Agency (EPA) grant a waiver on the federal ethanol mandate in hopes of conserving dwindling corn supplies.

Minnesota has a vested self-interest in ethanol production that has resulted from the U.S. ethanol mandate. Our farmers have what appears to be the best, healthiest corn crop in the nation; the drought burning up crops elsewhere is driving up corn, soybean and grain prices that will most likely result in record farm income for Minnesota crop farmers this year. Any federal action to reduce ethanol demand and lower corn prices would cut into the now-expected Minnesota windfall.

Second, Minnesota has 21 ethanol plants that are major employers in rural communities across the state. Central Minnesota Ethanol Cooperative at Little Falls just announced it is temporarily ceasing operations until the price of corn either goes down, or the price of ethanol increases, to make production profitable. This means at least a temporary loss of 30 jobs in Little Falls—no small matter for a central Minnesota community that is already hit from the closing of a large paper mill at nearby Sartell.

This closing comes after plants in North Dakota, Indiana, Nebraska and Kansas were already shuttered because operating profits at renewable fuel plants are under stress.

Now come reports from livestock and dairy publications noting high feed costs are harming livestock and poultry producers, but many nearby livestock farms have become dependent on dried distillers grain, a high-protein feed byproduct from the ethanol plants. Thus, while ethanol production may be driving up corn prices and feed costs for some livestock farmers, it also produces important feed supplies for other producers.

Adding to the complexities and uncertainties are a combination of factors, such as the various blending credits oil companies hold under the existing renewable fuels program. This could impact overall ethanol demand a Purdue University economic report points out.

Economists Wally Tyner, Farzad Taheripour and Christopher Hurt deduced, among other findings, that corn prices could swing from zero cents per bushel to $1.30 per bushel if the EPA lifted the mandate. That enormous difference reflects possible oil industry responses and the impact of future oil and corn prices—like drought—that would not be influenced by the waiver.

Given such complexities, a good soaking rain across the Midwest might produce more positive results for the economy than relaxing the mandate.