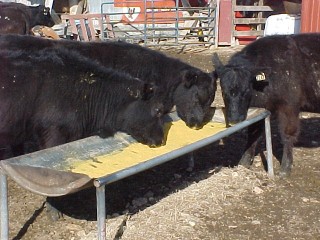 Alarming research coming out of the University of Minnesota raises concerns over the public health impacts of antibiotic use in ethanol production.

Ethanol producers frequently add antibiotics like penicillin and erythromycin to fermentation tanks to control bacteria (bacteria compete with yeast for sugar, and too much bacteria can decrease ethanol yields). These antibiotics end up in animal feed. A by-product of ethanol production is something called distillers’ grains, a corn mash that’s typically dried and sold to livestock producers. In 2009, the FDA did extensive testing and found antibiotic residues in more than half the distillers’ grain samples they tested.

The ethanol industry played down the findings by contending that the antibiotic residues were almost certainly rendered inactive during the drying and finishing process, and therefore, not a concern (the FDA did not test for antimicrobial activity).

Now, however, new research calls that contention into question. A recent article in National Hog Farmer, a trade publication, reported on research by graduate student Devan Paulus and Professor Jerry Shurson at the University of Minnesota. Paulus and Shurson tested distillers’ grain samples from plants throughout the U.S. and found active antibiotic residues. The data, which has not yet been published but were confirmed in a call I made to Paulus, indicated antibiotic residues in all 117 samples tested, and antibiotic residue active enough to inhibit E. coli growth in one of the samples.

Perhaps the most frustrating aspect of this issue is that these antibiotics are not necessary. Effective non-antibiotic antimicrobials are readily available to producers and used successfully by many producers, including POET, the largest producer in the country. According to POET, the switch to antibiotic-free distillers’ grains offered a market advantage: antibiotic residues are not permitted in layer hen feed.

This new data is another clear sign that ethanol producers need to move away from antibiotic use. In the meantime, we need to know more about the fate and impact of antibiotics in distillers’ grains. The FDA should do comprehensive testing of distillers’ grains for antibiotic activity and make public their results. There’s too much uncertainty, and too much at risk, to ignore this emerging problem.

Check out our report, Fueling Resistance, for more information on this issue. Alarming research coming out of the University of Minnesota is raising concerns over the public health impacts of antibiotic use in ethanol production.

Photo: A by-product of ethanol production is something called distillers’ grains, a corn mash that’s typically dried and sold to livestock producers. (Used under creative commons license from MUExtension417.)