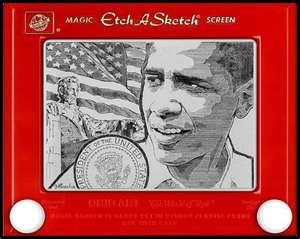 It no longer appears if but when. Specifically, two questions now dominate the presidential race. First, when will Rick Santorum drop out. Second, when does the campaign shake the Etch-A-Sketch and switch into general election mode?

The End of the Road for Santorum

Math and the primary terrain are clearly against Santorum after he lost a hat trick last week in Wisconsin, Maryland, and the District of Columbia. Romney has more than 57% (658) of the 1,144 delegates he needs to clinch the Republican Party presidential nomination. At this pace he merely needs to win about 45% of the remaining delegates–he can underperform slightly and still win. Conversely Santorum has won only 281 or 25% of the delegates and he would need to win 863 of the approximately 1,125 remaining delegates or 77% to clinch the nomination. Given that the primaries now turn to states such as California and New York, this will be tough. Both states are Romney ones in the sense of being more moderate and favoring candidates and SuperPacs with deep pockets.

The only two states that Santorum can hope for are Texas and Pennsylvania. Texas is a big southern state with evangelicals, thus it looks a little like Alabama and Mississippi. Maybe Santorum can hope for a repeat here, especially if he can convince Gingrich to leave the race although that looks unlikely even though Newt has conceded that he is broke and has little chance. Yet Texas is not the rest of the south. It is big and expense to campaign in and its politics is not that of Alabama and Mississippi. Santorum has no guarantees here.

Pennsylvania should be Santorum’s last stand. It is his home state yet he lost the Senate race here by 15 points. He is trailing Romney now. If Santorum does win it is discounted as a state he should have won and he gets no bump from it. If he loses pressure intensifies for him to leave the race. After PA his campaign should end.

But he might have a more graceful way to exist early or even after losing in Pennsylvania. Santorum’s daughter is very ill and on at least a couple of occasions he has had to suspend his campaign to attend to her. No one will fault Santorum and he will earn high praise from all were he to leave the campaign now or after PA by saying he needs to be with his daughter and family. Not only is this the right answer but it allows him to bow out of the race and no one will be able to criticize him. Do it now before losing in PA and this saves the embarrassment of a loss.

Shake the Etch-A-Sketch–Romney and the General Election

After Romney’s three victories last week the rhetoric suggested that he and Obama had moved to the general election phase already. Romney faces significant challenges moving ahead.

Despite some polling to the contrary he still is not embraced by the religious conservatives. Look at the county-by-county returns in the Wisconsin primary last week. He continued to win in the areas where Democrats win and he failed to when rural areas with more evangelicals and working class. He is still a passionless candidate for his supporters and conservatives still do not trust him. To win the presidency he needs to win both the evangelical base and win over swing voters. Move to the center as he has to do to win swings and he confirms the worst fears of conservatives that he really is a moderate. If he does that they may not mobilize for him. Stay on the right and risk losing swings. Already the primary has damaged him–his negatives are as high as Obama’s and double since January–and the birth control debate has alienated him from women, producing an increasingly large gender gap that the Democrats are exploiting. A month ago Romney looked great in the swing states, he is now trailing there. Romney appears to have little room to manoeuver, less he alienates groups he needs to win.

Yet the best thing going for Romney is the economy and gas prices. We all see the gas prices going up. Consumers are angry. Second, the economy is fragile, affected by energy costs of course. But the jobs report last week was weak, consumer spending is again slowing, and housing prices are not rebounding. Are you better off now than four years ago? This will be Romney’s question and Obama needs to deflect it. Sure president’s have little control over gas prices and the economy, at least in the short run. As stated before, what will bring Obama down are the two things he cannot control.

One other issue to look at here. Obama will not have the overwhelming cash advantage he had over McCain four years ago. Citizens United changed part of that. But something else is important to note. Four years ago Wall Street gave strategically and contributed heavily to Obama. That is not happening this year. Four years ago Obama persuaded donors not to give in a partisan fashion but this year he has been unsuccessful in that talk. Democrats generally do not do well when political contributions and expenditures are done in a partisan fashion.