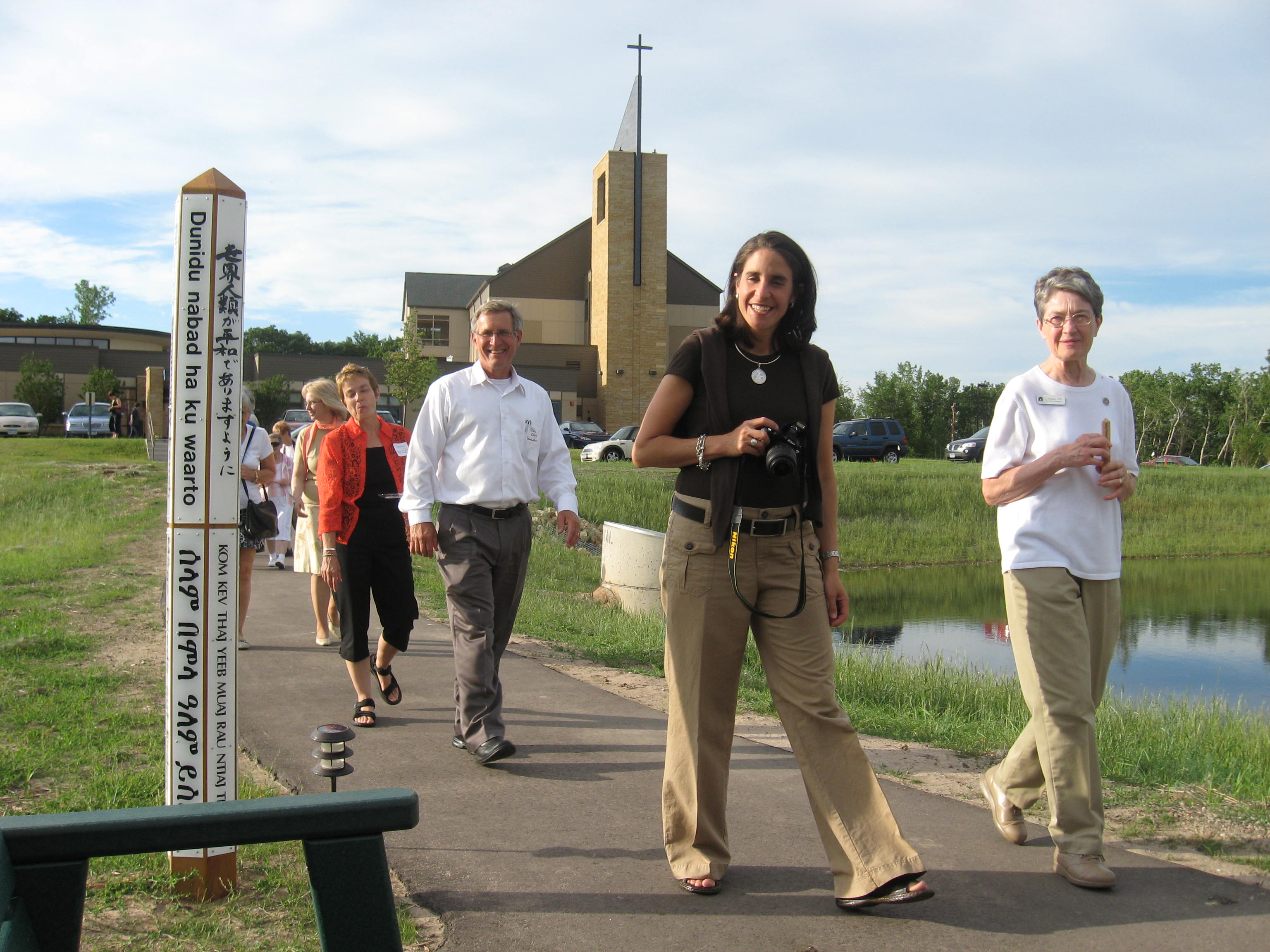 My friend, Lynn Elling, founder of World Citizen and co-founder of the Nobel Peace Prize Festival, now part of the Nobel Peace Prize Forum, has a favorite Gandhi saying which he recites often: “If we are to reach real peace in this world and if we are to carry on a real war against war, we shall have to begin with children”. The entire quote is here.

For Mr. Elling, promotion of Peace Sites has been an important part of his near life-long history as witness for Peace.

He first learned of the concept “Peace Site” in the early 1980s. I met Mr. Elling and learned of Peace Sites only six years ago, and in many assorted contacts since then, I agree that they are a wonderful community building venture wherever a group chooses to dedicate one, with direct and potentially lasting positive impact on children.

Here are a few notes about Peace Sites, and how anyone can create a Peace Site at school, place of worship, organization, etc:

HISTORY: Best as I can determine, the idea of formal Peace Sites originated in New Jersey in 1982. Here is a column from New York Times at the time: Peace Sites NJ 1982001. Mr. Elling, of Minneapolis MN, learned of the idea and set about replicating it in Minnesota in 1988. Characteristic for him, he engaged all out, to the extent that there are now hundreds of Peace Sites which trace their history back to the local idea of this man.

World Citizens list of Peace Sites as known today can be viewed here.

BECOMING A PEACE SITE: In my six years of knowledge of Peace Sites, I have witnessed and/or learned about many Peace Site Dedications in various settings. 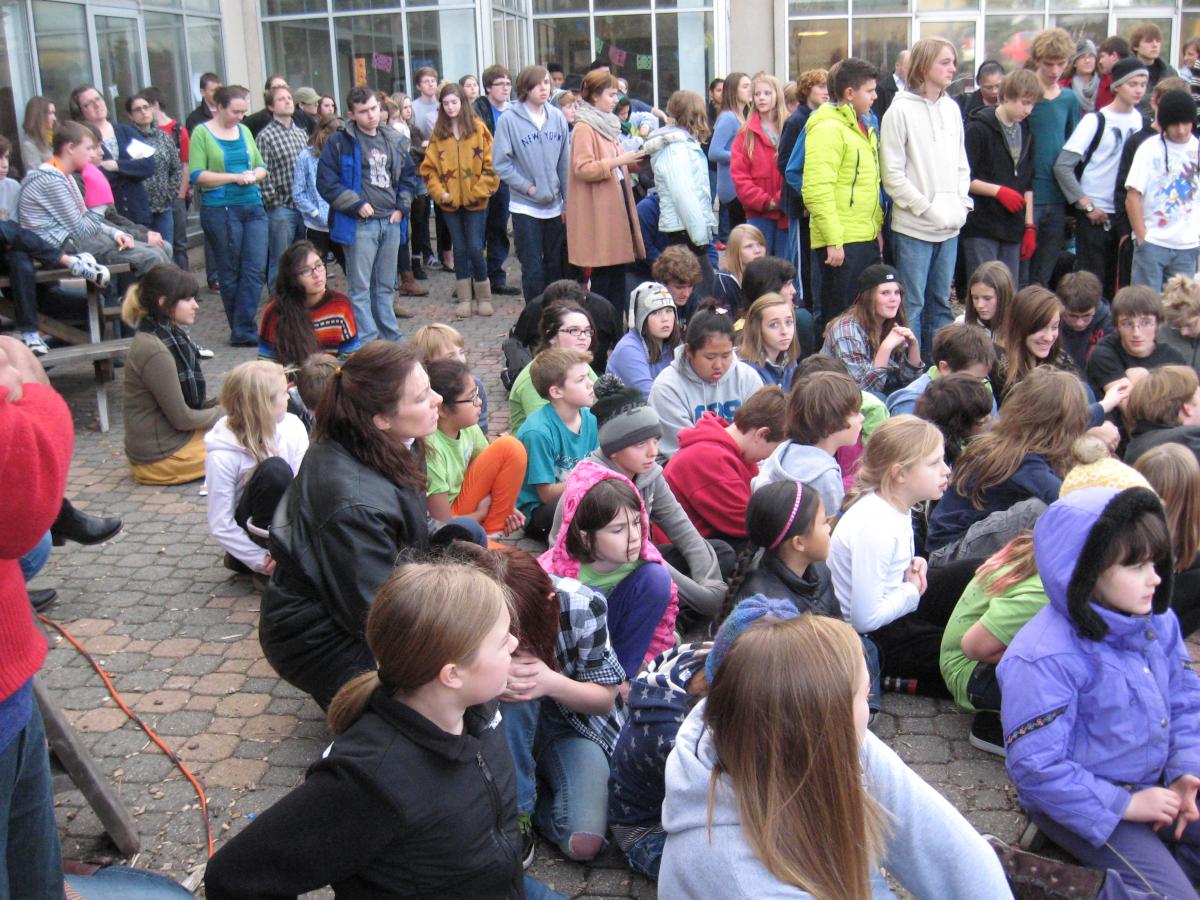 Often times these will include dedication of a Peace Pole; sometimes of a standard model, sometimes they are a unique creation of a local artist or group of artists. 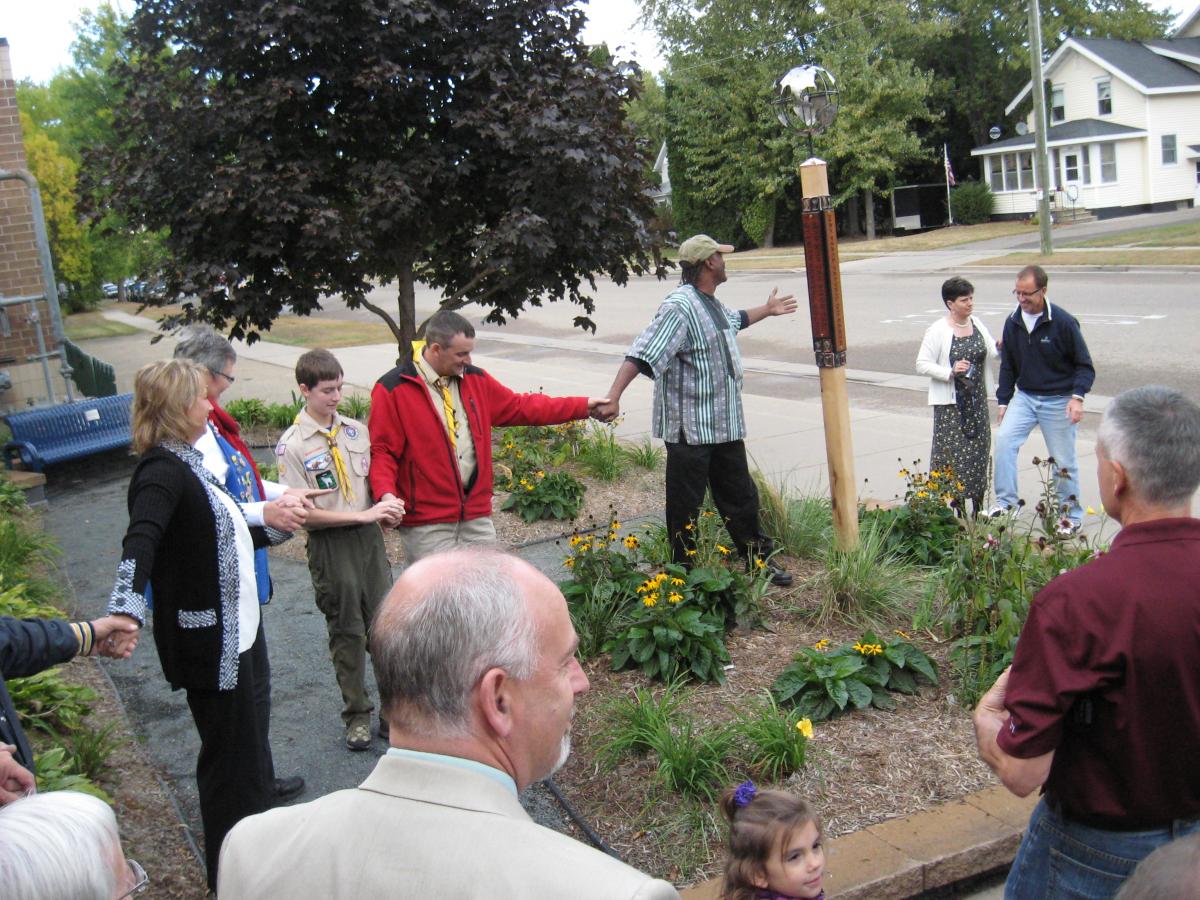 But the key aspect of a successful Peace Site is that a local committee create their own idea and program, and involve the greater community in the Dedication ceremony.

REDEDICATION: One of the remediable problems I have seen with Peace Sites is that, once created, they simply exist and are not rededicated on a regular basis. A great deal of effort is expended to do a Dedication, but no attention is paid to rededicating the Peace Site on a regular (as yearly) basis.

What can too easily happen is that the great esprit of the moment can quickly erode, and if there is no conscious effort on an ongoing basis, before too long, people forget that they are a peace site, or the people who originated the idea in the first place move, or in other ways the institutional memory disappears, and with it the whole idea of a peace site.

It is important for existing Peace Sites to make a commitment to rededicate in some fashion each year.

There is no “cookbook” for Peace Sites, but they do kindle a candle of Peace in the hearts and minds of children and adults wherever they appear.

Consider the possibility of a Peace Site where you live.

Past posts specifically about Peace Sites are here and here. 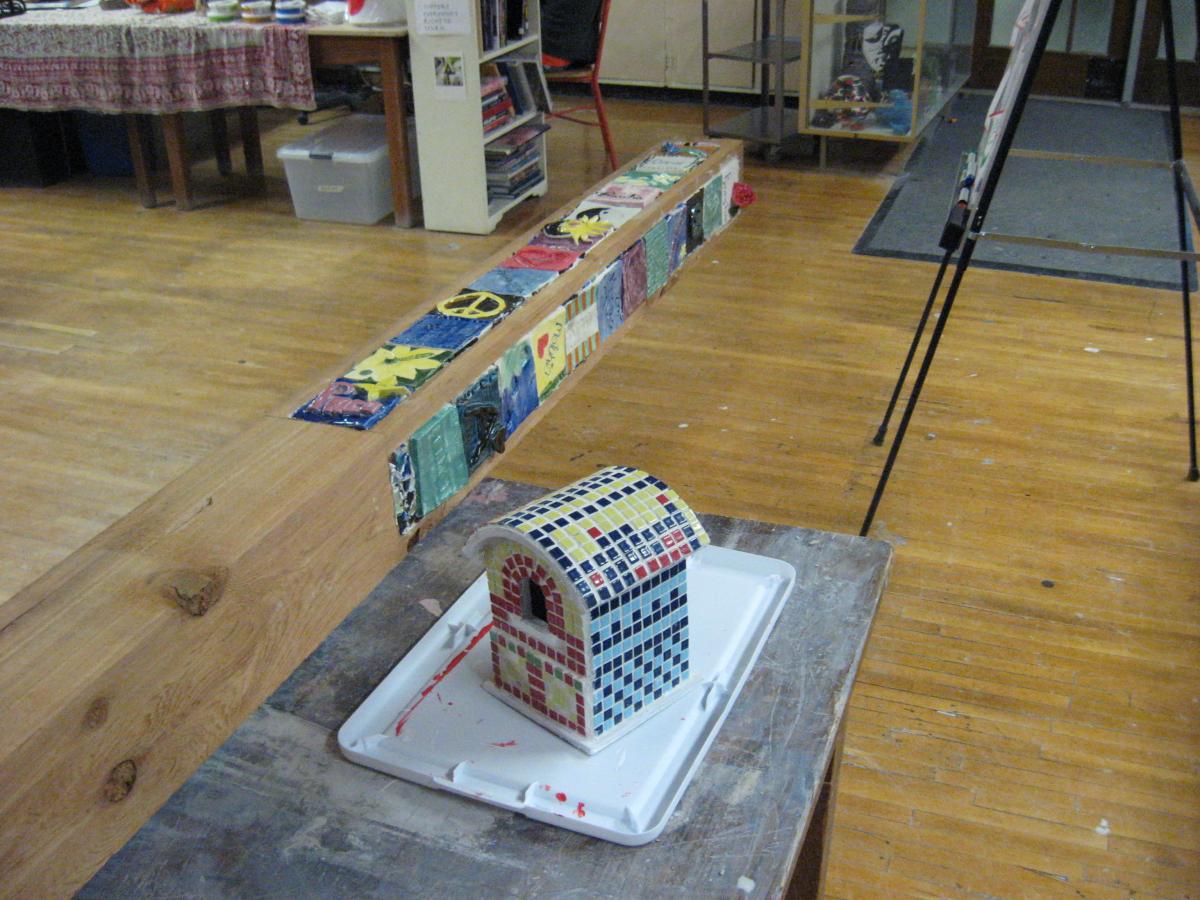 Some lucky bird may take up residence in this ceramic birdhouse which will grace the top of the completed peace pole when the Peace Site at Washburn High School in south Minneapolis is dedicated in the Fall of 2013.. 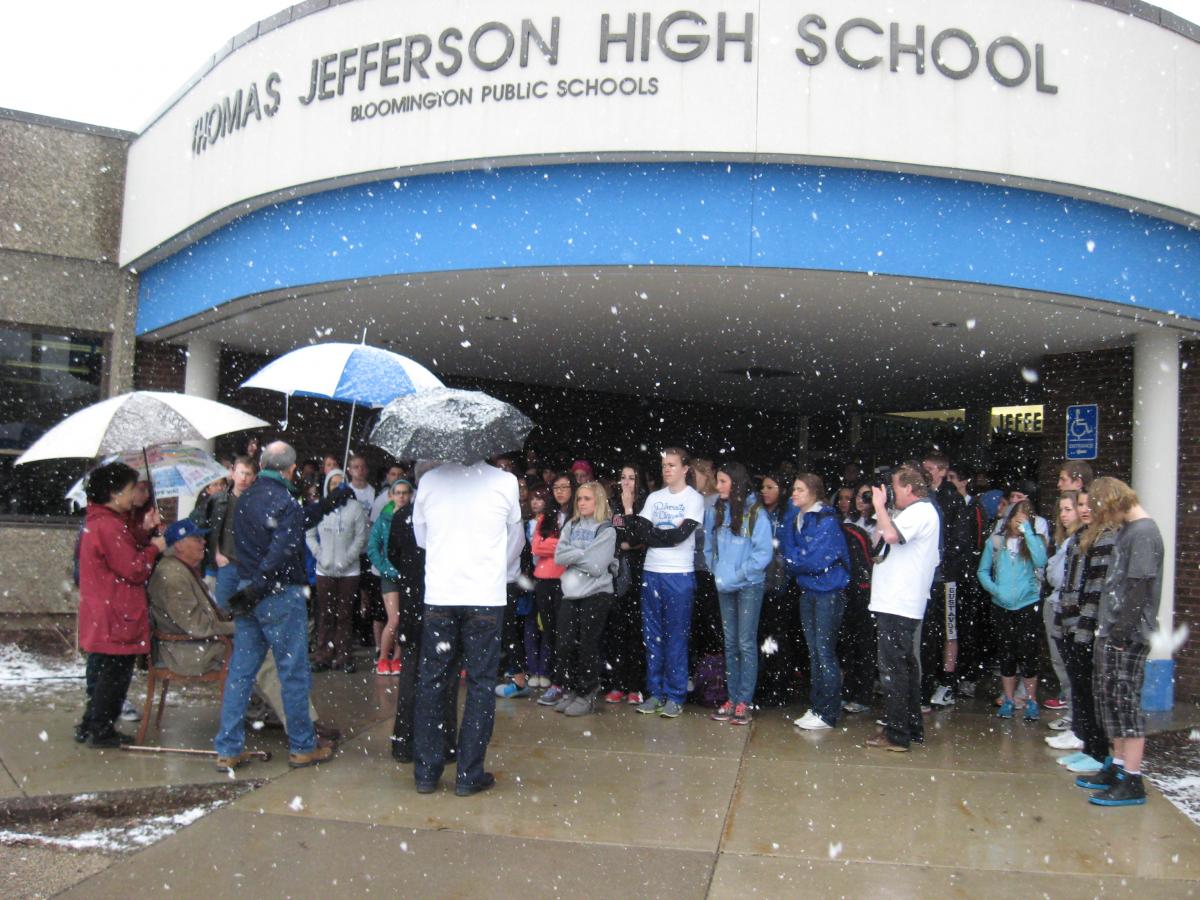 Rededication at Bloomington MN Jefferson High School May 3, 2013. The school has an annual rededication as a Peace Site, and it is a major annual event.