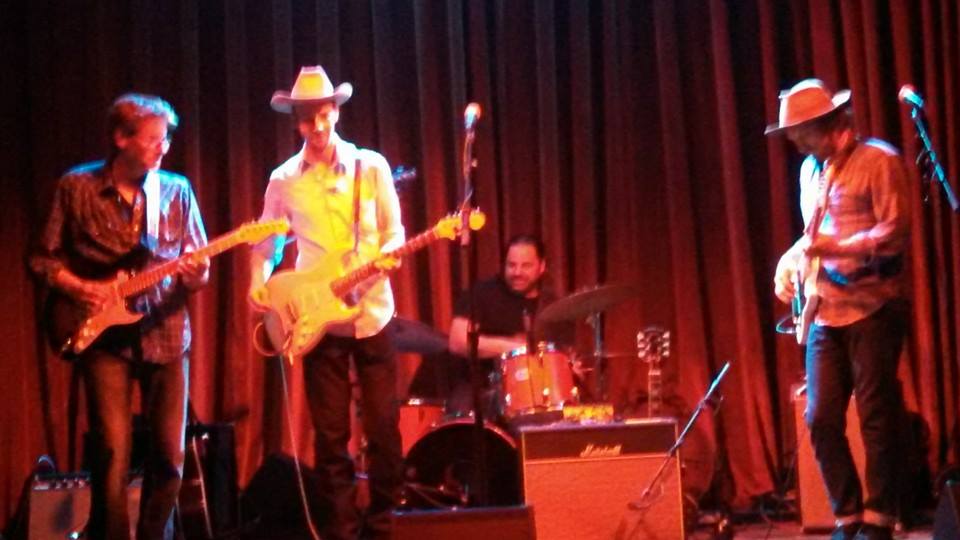 My 9-year old was just complaining because Real Phonic Radio is taking a break for the summer. Real Phonic is the monthly music show at the James J Hill Library. Aine and I are big fans. It was cold comfort to her that I was going to the Icehouse Wednesday night to see the Real Phonic house band Erik Koskinen. But at least I got my fix.

Erik Koskinen began his monthly stints at the Icehouse in March. This week the lineup was Koskinen, Paul Bergen, Frankie Lee and JT Bates. The lineup fluctuates but this seems like the hometown team.

They played a nice blend of old songs, songs from the latest album and covers. They played an especially good version of, I Like to be Used. The music is Americana country, folksy with an old school rock feel. By old school I mean 50s, but not retro or rockabilly, just rocking. Think Waylon Jennings in The Crickets. They are musicians that play often and often play together. Many songs offer opportunity for each to improvise and impress each other and the audience.

They have a solid following, who has followed them through a series of regular gigs, most recently at the Turf Club and the Aster Café. Now in my opinion, it’s tough to beat the Turf Club, especially for a country-twanged sound, but playing the Icehouse may bring a new audience to the band. It seems that every restaurant employee working within 2 miles of the place finishes their night at the Icehouse bar. The night has a good buzz; they start at 10:00 and usually end around midnight, which isn’t bad for a school night.