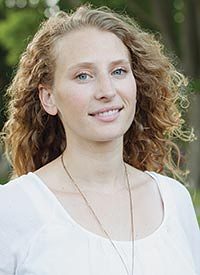 When the Minnesota Women’s Press first reported on the work of Isis Rising: A Prison Doula Project, Erica Gerrity had a lofty goal. As program director, she hoped that by 2020, all pregnant incarcerated women in Minnesota would have access to the informational and emotional support offered by doulas during pregnancy, childbirth and the postpartum period.

Thanks to legislation that went into effect July 1, Gerrity is going to achieve her goal much sooner.

The law limits the use of restraints during pregnancy and the postpartum period, requires pregnancy testing upon intake so prenatal care can start early, and provides pregnant women access to mental health care, educational resources and doula care.

Women imprisoned at the Minnesota Correction Facility in Shakopee inspired this legislation, which was a collaborative effort between Isis Rising, the Children’s Defense Fund-Minnesota and the Minnesota Better Birth Coalition. While a number of states have outlawed shackling pregnant and postpartum prisoners, Gerrity say this law made Minnesota the first to mandate access to doula care.

“Much to my surprise … it is passed, the very first year, totally unanimously,” Gerrity says.

She is a member of a legislative advisory committee set up by the law to consider how to support pregnant and postpartum incarcerated women. One issue is a woman’s right to breastfeed and her infant’s right to breast milk, Gerrity says. Another is how to secure funding for the law’s prenatal education and doula care requirements. Many smaller jails don’t have prenatal education, she explains. “The last thing they want is an unfunded mandate.” County jails have until July 1, 2015, to comply.

This year, Isis Rising also started partnerships with adult correctional facilities in Hennepin and Ramsey Counties that include prenatal and parenting education and doula care. By the end of 2014, Gerrity says, “We will have provided birth-related support and education for about 75 women at Shakopee, 125 women at Hennepin County, and 50 women at Ramsey County.”

Funding a statewide pilot project similar to Isis Rising’s county jail programs is one of Gerrity’s current challenges. She hopes to offer services during incarceration and follow women and their babies into the community.

“Our hope is to provide increased support and access to care so that women can integrate permanent healthy change into their lives and their families,” Gerrity says. She hopes that will limit the emotional harm the children experience.

While several Minnesota foundations support Isis Rising and Medicaid funds cover some of the doula costs, it is not enough, Gerrity says. Other possible sources include allocating funding during this year’s legislative session, a contract with the state Department of Corrections or a grant from the National Institutes of Health.

Gerrity began working with incarcerated women in 1998 through a work-study position at the University of Minnesota. A social work internship landed her at the Shakopee prison in 2003. She has been volunteering there since then and working as a doula through Isis Rising since 2010. She has also worked for the past six years as a licensed clinical social worker specializing in families affected by incarceration. With three children of her own, Gerrity maintains that what happens in Minnesota’s prisons is just as important as what happens on her block. “I believe in a better world for all women and our children, and see this prison work as one tiny stitch in the fabric of a more humane and connected society.”

To get involved: Isis Rising: A Prison Doula Project is a program of the non-profit organization Everyday Miracles. You can donate to help them change the lives of pregnant, incarcerated women and their families at www.everyday-miracles.org.