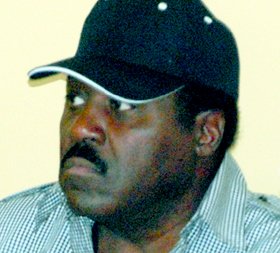 “They stood up for us,” said Spike Moss, NAACP Community Action Chair, referring to generations of African-Americans in the pursuit of increased civil rights and freedom from oppression in America. “But Ferguson may be the turning point,” Moss continued, referring to the killing of Michael Brown by Officer Darren Wilson in Ferguson, Mo.

A native of Paris, Mo., Moss spoke at length about the curious nature of race relations in that region.

“Missouri was an anti-slave state, but we were born to midwives, because we weren’t allowed in the hospital. The park… never. The movie show… never. At the restaurant you went to the back door and got your food on wax paper. It was that hateful,” Moss said in an exclusive interview with Insight News.

Moss reflected upon the powerful moment that left him with “…chills…sweating, and the shakes” when his 81 year old grandfather finally fulfilled Moss’ long request to visit the “slave cemetery” where both slaves and animals were buried, separately from whites, as well as indigenous Africans. “I carry the scars of Missouri,” Moss firmly emoted.

“It’s a case of lawlessness by the law when they declare capital punishment behind a carton of cigars and some shoving,” Moss said, again referencing the killing of Brown. “I am honored to have lived long enough to see the truth. After all the whippings and insults, I’ve lived long enough to see what I’ve said all along is being proven right. And you see it all over the America.”

“‘He’s just making trouble. We don’t want him stirring up the natives.’ That’s what they said about me,” said Moss, referring to his many critics over the years. Noting the power of language, Moss said he objects to being called an activist by officials and media. He said, “All of us in this fight are freedom fighters. An activist has no goal. Freedom is a clear goal… and I’m clear.” Moss rejects the language of race. “There is only one race of people and that’s human,” he said.

Moss is critical of the Minneapolis investigation of police brutality against fellow freedom fighter, Al Flowers.

“They are investigating police arrest policy. They need to investigate the crime. …We deserve real justice…and fairness. Officers have to be charged the same way citizens are,” said Moss.

Solutions to problems of racism and injustice will come from within the African-American community, Moss said.

“You’re American. Recognize your humanity. Believe in yourself. And have pride. Don’t separate from our children. Don’t criminalize them. The youth are mad, but they are us. When they’re mad, and they’re mad right now, and can’t see justice… we can’t let them be classified as troublemakers,” he said. “There ain’t no outsiders when you’re Black. The trouble is directed toward the youth, but we catch hell as one… whether you’re talking about being put down, or murdered.”

Asked about his sources of courage, Moss, a graduate of Central High School reflected, “I’ve been used to standing up since I was a youth in North Minneapolis. I was taught to have a ‘Yes I can’ attitude.”

“We need to use these events as a way to learn. The government needs to put laws in place for officers to be charged with assault and murder. There should be personal accountability,” Moss said.