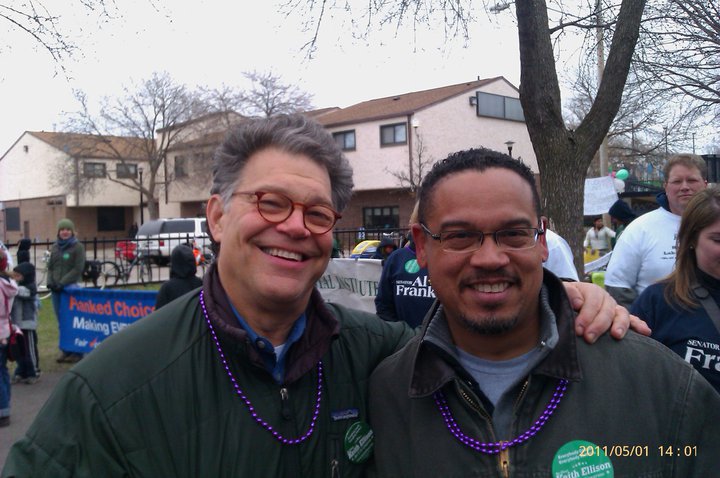 The headline is a bit of an exaggeration. We’d have thought the temperatures were quite balmy in March. A bunch of DFLers and union members braved the chill and the wind and the windchill to show support for the right to organize and support for elected officials who support workers. The spectators were fewer than last year if my recollection is correct, but it was also about thirty degrees colder, and we were near the end of the parade, so I’m sure some patience wore thin. If there’s such a thing as karma, hopefully we earned a bit by getting out in the cold.

Actually, now that I think about it, temperature got above freezing when some of the active DFLers in my senate district did an outdoor event in February. This was maybe just ten degrees warmer. Though I don’t take the notion of karma literally at all, I do think there’s something to be gained by being visible at times other than campaign season. We’re signalling to prospective voters that their support is being asked for, not taken for granted, even in a heavily DFL area.

These are photos I took. The first is Sen. Al Franken and Rep. Keith Ellison, and the other were taken quickly when we stopped, so I jumped in front to get as much of the group as I could. 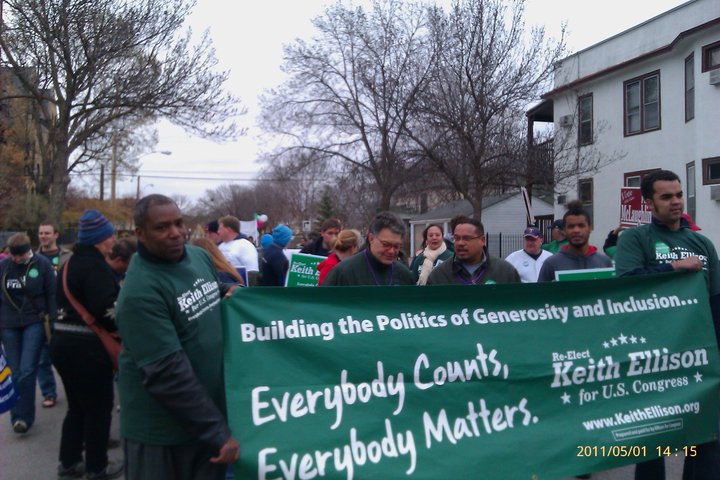 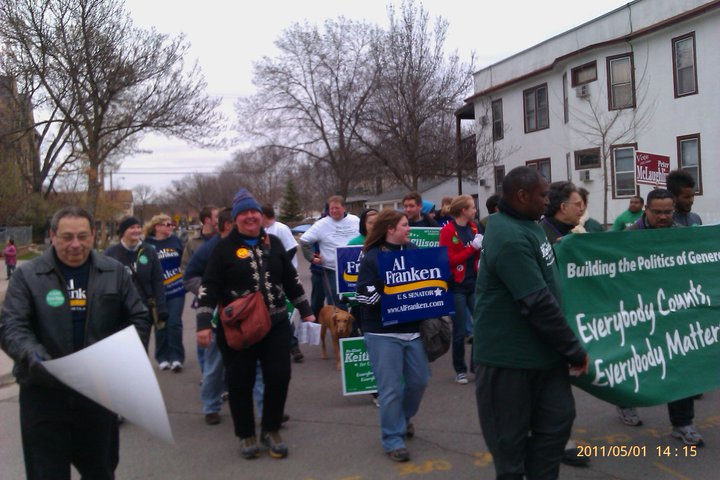 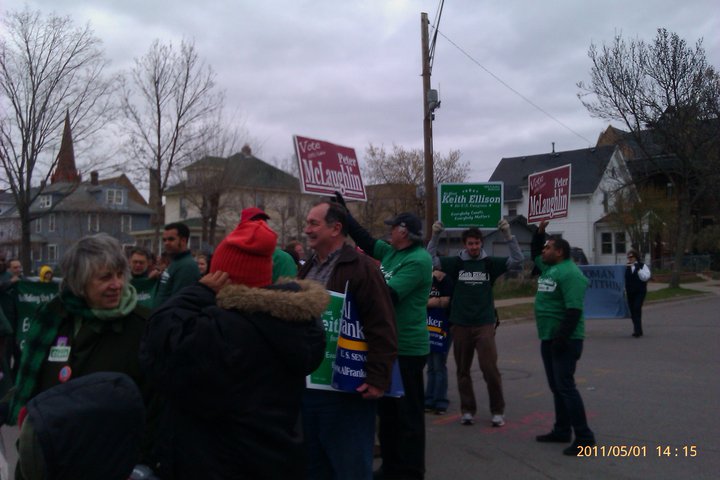