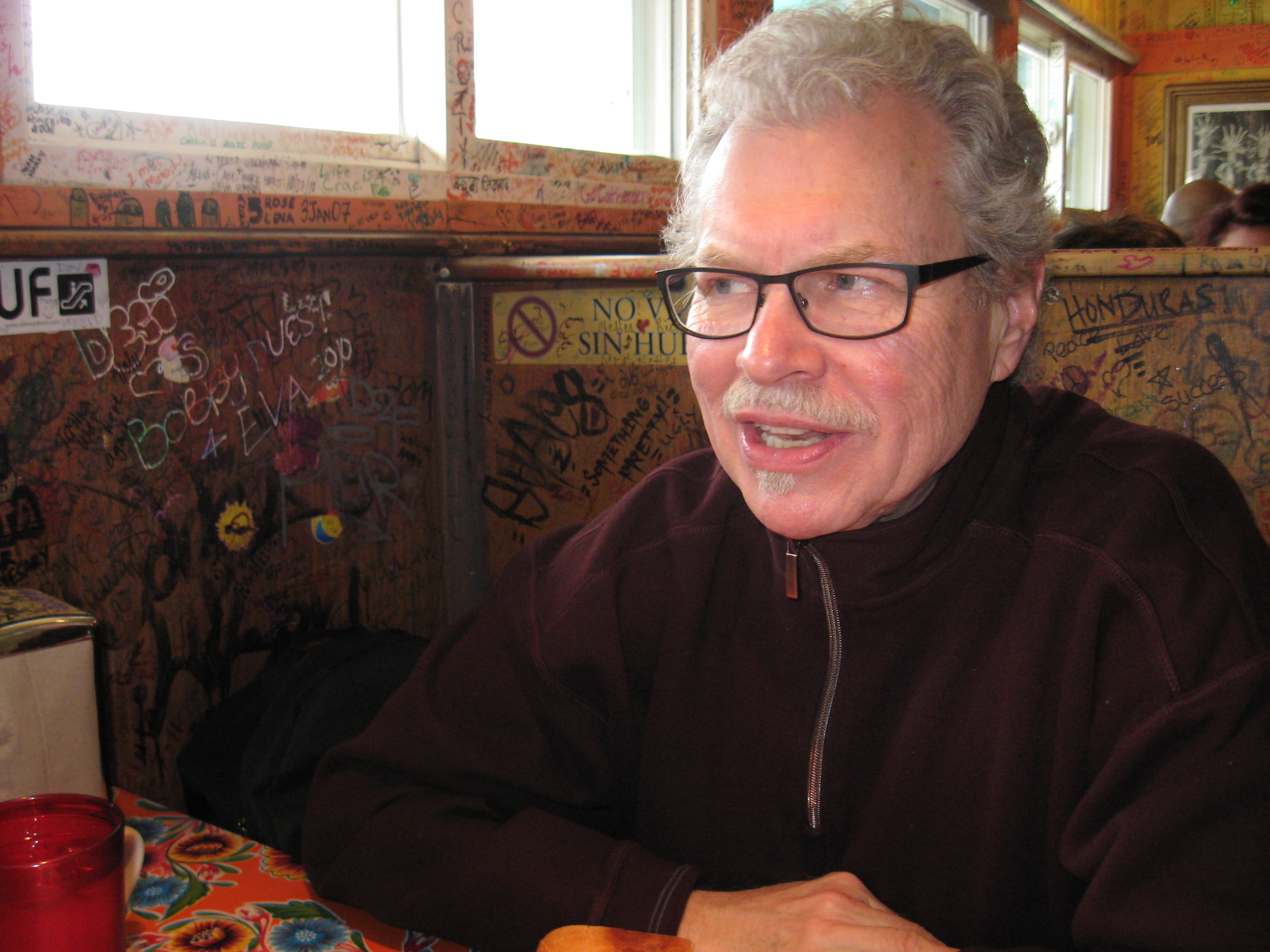 Cuba has always intrigued me, though the closest I’ve been is neighboring Haiti, which has both benefited and been cursed by its proximity to the island Communist Republic to its immediate west.

This is part one of a two-part post. Click to read Travelling with the Lexington Institute: Notes on Cuba, part two

Fidel Castro came to power in 1959 (the inspiration for Victors 1959 Cafe at 38th and Grand in South Minneapolis (photo including John Borgen above).

Castro’s stay in power was to be brief, at least according to the U.S. Sometime before my Dad’s cousin Marvin, a prominent banker in Brainerd, died in 2006, he told me he’d made a $5 bet with a friend that Castro “wouldn’t last six months”. “I sure got that one wrong”, he allowed, cheerfully. Fifty-three years later the battle continues, to no ones benefit.

Even at the beginning, the boycott was apparently not totally absolute. The July 5, 1961, Viking News of Valley City State Teachers College (my last issue as editor) had this front page article, which explains itself.

I was in the Army in October, 1962, when there was a near miss with disaster involving Cuba: the Cuban Missile Crisis it was called. My base was near one of the prime targets. All I remember is President Kennedy’s address to the nation, watched on a small black and white barracks tv with several other GIs, getting up mighty early for a few days, and then it was over.

Life has gone since then, Cuba an enigma.

Then, within the last month, I had the good fortune of having a relative – my sister and her husband – and a long-time colleague and good friend go to visit Cuba within weeks of each other.

I asked both of them to report, individually, on their impressions, which follow below and in part two.

Here is your requested submission of my Impressions of Cuba from my one week trip to that enigmatic island made in January, 2012.

It is said that we see what we want to see or expect to see. I have been a supporter of a romanticized Cuban Revolution since the early 1970s. I have admired Cuba’s free and universal public education, from very young through university levels. The Cuban medical care, also universal and free, has inspired me, too. There were many other things I saw that I liked. The transformation from a US dominated dictatorship under Batista which pandered to the American mafia to a communist state which has survived an American boycott for 50 years is a victory for the underdog,the canine I seem to always support. Fidel Castro has survived 11 US presidents. Good for him and the Communist Party. The billboards don’t advertise cars or insurance companies or restaurants, rather, they extol the 53 year old revolution. Pictures of the obvious Cuban spiritual “leader”, Che Guevara adorn just about any available surface. It made me feel at home as I have had his picture on my office wall for about 20 years.

But was/is the revolution good for the Cuban people? One of the people on our People to People humanitarian tour referred to Cuba as a “failed state.” I disagreed, of course, saying, given all the difficulties Cuba has faced, not the least of which was a collapse of massive support from the USSR when it came apart at its seams over 20 years ago, and of course the U.S boycott . . . Actually I think it is remarkable how well Cuba has done. Naturally, our Cuban guide spoke positively about the revolution, food is readily available (but rationed), housing is free if not luxurious, crime rates are low, there is no illegal drug problem. Of course the secret police and long jail terms contribute to the later two being as they are. International travel, the world wide web, free expression of anti government politics , boats owned by individuals are among the dreams of many Cubans. I gathered that the Party is trying to navigate a transformation into the future similar to what other former Communist counties have been able to, but I suspect the free health care and education systems will be in place for the indefinite future.

But, I’ll have to say, the Cuban people I talked with and observed seemed to be happy and relaxed. We had the opportunity to visit the brother and sister and nieces of some American friends in their home in Havavna. Nice time! Cubans are reasonably well dressed, resourceful and look healthy. There is virtually no homelessness or the kind of abject poverty that can be seem in other third world countries, which Cuba no doubt was before the revolution. Check out the web site www.ifitweremyhome.com. Compare the statistics of Cuba to other countries.

Our trip, I was with my wife, Janice and about 22 others, was delightful. We stayed at the top hotel in Havana, the Nacional Hotel for five nights and a fairly nice resort in Trinidad (Cuba) a Spanish colonial city established in 1511. The food everywhere was great (Cuban food is relatively bland), we saw museums, a beautifully restored Old Havana, a cigar factory, Ernest Hemmingway’s house, schools, cathedrals, sports facilities, some old 50s US cars, heard great music everywhere, talked with teachers and medical professionals and much more. But this was not a sit on the beach resort vacation. Cuba says 2.7 million tourists, primarily from Canada and Europe were in Cuba last year.

I see gradually expanding tourism to be the future economic engine of any transformed Cuba after the Castro brothers . It has been a dream of mine to visit Cuba before Fidel was gone. I am anxious to return in upcoming years and see how our neighbors, so close but so far away are doing. my experience in Cuba left me with many more questions than answers. I wish the U S would end the boycott and treat this beautiful nation and its 11 million citizens at least as well as we have treated Viet Nam, China and so many other former “enemies.”

One other point in the spirit of full disclosure. While I have considered my self to be a socialist at heart, I am also a free spirit and realize I would have had and still have internal conflicts between my affinity for the Cuban experiment with communism, cheering for the underdog and the free will to explore any ideas and express my beliefs openly and directly. Having said this, I invite any readers of this visit Cuba, see for yourself. It may not be a workers paradise, but the people and the country are beautiful! So for now: Viva Revolucion!