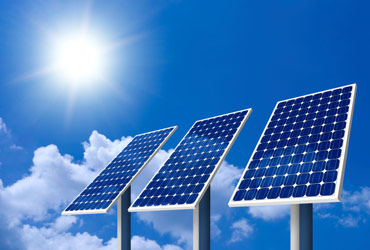 Minnesota is the twelfth largest state in the union geographically, with over 5.3 million residents spread out across its pastoral landscape. These citizens of the modern age require energy, which means that energy needs to be distributed across the state’s 87,000 square miles. As big as the state is, however, it doesn’t have any fossil fuel resources.

Being in a fossil-fueled society, Minnesota imports its needed fuels from outside its borders, then generates the power domestically. Recent legislation and a growing concern for our effects on the environment are turning attention to more domestic, clean, and renewable energy in the North Star State. To better understand the direction of Minnesota’s energy policy, it is useful to examine where we are now.

Minnesota’s coal plants provide the largest proportion of electricity for the state. Using coal primarily imported from Wyoming and Montana, Minnesota’s coal plants provide about 60 percent of its electricity, according to the U.S. Energy Information Administration (USEIA). Minnesota’s largest coal power plant is the Sherburne County (Sherco) Generating Station, which burns 30,000 tons of coal every day and is capable of producing 2,400 megawatts of power, according to Xcel Energy. The Sherco station is also Xcel Energy’s largest coal plant.

Natural gas, another fossil fuel, comes to the state from Canada, North Dakota, and South Dakota. Two-thirds of Minnesota’s houses use natural gas as heating, which constitutes one-third of the natural gas usage in the state, according to the USEIA. As we have written before, Minnesota doesn’t have any natural gas deposits, but it does have silica ‘fracking’ sands which could contribute to the environmentally dangerous process of natural gas extraction by hydraulic fracturing in other states.

Continuing this familiar trend, Minnesota has no oil extraction operations but it does have two oil refineries, both located in the Twin Cities metro area. The crude oil comes primarily from Canada, and much of what comes into the state continues through it by means of our ports. The two refineries have the capacity to refine 336,000 barrels a day, according to the USEIA.

Nuclear power has a foothold in Minnesota as well, with two plants providing about 25 percent of the state’s electricity production. There is currently a moratorium on any new nuclear power plants in Minnesota, making the sites on Prairie Island and Monticello the only ones in the state for the time being. A bill to repeal this moratorium passed both state chambers last legislative session, but it never made its way out of the conference committee to reach the Governor’s desk.

Remaining on the state’s energy portfolio is a strong (relative) newcomer: renewable energy, especially wind energy. According to the state’s Department of Employment and Economic Development, Minnesota is third in the nation for wind production. Wind is a resource that the state has in ample supply within its borders.

The U.S. Department of Energy has a map of wind resource in America, with the strongest swath of wind being located in the country’s great plains. Minnesota is on the border of the best wind resource, giving southwestern Minnesota the best potential, and causing the whole state’s potential to outpace most other states. That is likely one of the reasons behind the state’s leadership in community wind project financing.

Besides wind energy, the North Star state has good potential for taking energy from the earth’s favorite energy source: the sun. Complementing the solar resource in the state is the fact that photovoltaic cells actually function more efficiently and with better longevity in the cold than in hotter climates in other parts of the country. Energy is also produced from other renewable sources, from hydroelectric to geothermal, but wind energy is the most widely used in Minnesota, currently accounting for five percent of the state’s electricity production.

Minnesota’s energy system was recently given an entirely new framework by major legislation passed in 2007. The Next Generation Energy Act was passed with bipartisan support under then-governor Tim Pawlenty, and changed many of the terms of Minnesota’s energy policy.

Its most notable achievements were setting a goal of sourcing 25 percent of the state’s energy from renewable sources by 2025, and another goal of reducing per capita fossil fuel emissions 15 percent by 2015. The bill had many other substantial parts, including energy conservation improvements and carbon emissions-based changes. The latter contained an unprecedented restriction on any new power plant that would result in a net increase in carbon emissions. That part of the Next Generation Energy Act has been the focal point of two political battles, which will be examined in the next part in the series.