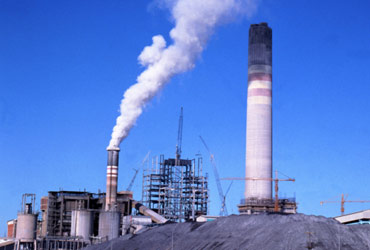 Minnesota’s energy production and consumption is complex and heavily dependent on energy imports, as the first part in this series explained.

The Next Generation Energy Act of 2007 significantly changed the direction and tone of energy policy in Minnesota. One of the biggest changes it made focused on reducing carbon emissions, especially for power plants in Minnesota.

The law places restrictions on fossil-fuel based plants built after 2007, both domestically and across state lines. These new standards are causing conflict, with North Dakota balking at new coal prices, and Minnesota’s new legislative majority attempting to repeal the carbon emissions restrictions altogether.

The first part of the carbon conflict developed in late 2009, when North Dakota Attorney General Wayne Stenehjem decided that Minnesota’s Next Generation Energy Act harmed the interests of North Dakota, in what he claims could amount to an interference in interstate commerce.

As the Star Tribune reports, part of the law calls for utility regulators in Minnesota to “include the cost of the carbon dioxide emissions into the cost of electricity from coal-fired power plants to price the power more accurately.”

Stenehjem reportedly feels that this impinges on his state’s coal industry by increasing the price of Minnesota’s coal imports, and $500,000 has been set aside to fight the law.

As we stated in the previous entry to this series, most of Minnesota’s coal comes from Wyoming and Montana, but we also import coal from North Dakota. Overall, Minnesota is spending half of $1 billion on coal, which is slightly more than the state used to spend.

According to the U.S. Energy Information Administration (USEIA), Minnesota spent $76.9 million on coal in 1970. In 2009, Minnesota spent $565.7 million dollars on coal, which is a 33 percent increase from the expenditures of 1970, when adjusted for inflation.

The other part of the carbon conflict comes from Minnesota’s new conservative majority in the legislature. During the last legislative session, both the state House and Senate passed a bill attempting to repeal the restriction on the construction of new carbon-emitting power plants in the Next Generation Energy Act.

Critics of that part of the law accused it of effectively placing a moratorium on new coal plants in Minnesota. Under the law, construction of new coal plants is allowed, if their carbon emissions are somehow offset. In a move that spoke volumes about the nature of coal and its carbon emissions, however, the majority of Minnesota’s state legislature still voted to take this part out of the Next Generation Energy Act, sending their repeal to the governor’s desk.

Governor Dayton vetoed this bill, however, keeping the Next Generation Energy Act intact. In his veto letter, the governor argued that the costs of coal were too high on fiscal, health, and environmental fronts. He pointed out that 40 percent of Minnesota’s carbon dioxide emissions come from coal-fired power plants.

Of course, arguments surrounding the effects of carbon emissions revolve around climate change, which 98 percent of scientists agree is both real and anthropogenic. Many conservative politicians, on the other hand, are either denying the anthropogenic nature of climate change or denying climate change entirely. This has made a scientific issue into a partisan issue, which is distracting from the very real problems of a changing climate, and the variety of externalities associated with a continued reliance on fossil fuels.

North Dakota’s Attorney General doesn’t deny climate change in his charges against Minnesota’s new law. Instead, Stenehjem defends the environmental standing of his state’s coal industry by invoking their focus on research and implementation of carbon capture and storage (CCS) technology.

The purpose of these technologies is to capture the carbon dioxide normally emitted by coal plants and store it in order to keep it out of the atmosphere. These technologies are important, but they don’t measure up to carbon-free, clean—and, for Minnesota, domestic—energy. Focusing solely on CCS would distract from the continued expansion of renewable energies, which are essential for Minnesota and America’s energy future.

Minnesota doesn’t have any fossil fuel resources. We import fossil fuels at great cost, and it is long past time to focus on drastically expanding clean and domestic renewable energy. We should not be discussing the repeal of important policy moving us forward; we should be expanding said policy.

For Minnesotans, after all of the environmental arguments are made, perhaps the most convincing argument is provided by the USEIA in an unassuming footnote on its tables of fuel costs for each state: “There are no direct fuel costs for hydroelectric, geothermal, wind, photovoltaic, or solar thermal energy.”