If you ask just about anyone who makes a living predicting the future of societies and economies in the developed world, they will tell you we are a technology drive society. New ideas, products, and systems will change our lives and get us out of any jam.

Yet our economy is still hopelessly tied to the market for oil, despite its increasing dysfunction and, more importantly, the existence of proven technologies that can give us energy independence, sustainability, and conservation.

New ideas themselves are not the answer. Implementing them is the real skill of technology, and on that score the developed world is failing horribly. Why and how is worth discussing, especially in light of the faith we put in this thing called “technology”. It is, in the end, about our values. 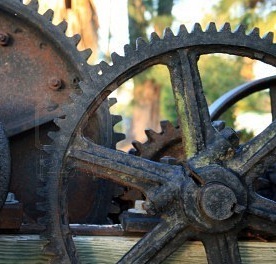 Barataria has been focused on three technologies that would change the market for energy in fundamental ways. They were chosen carefully from narrow criteria. Each dealt primarily with motor fuels, at least as described. They have all been proven in the field and are not merely laboratory curiosities. Each was developed or has a significant research base here in the US. They are all simply awaiting implementation on a large scale.

Why are technologies like this not being implemented? Certainly, a lack of money cannot be the problem. With a billion dollars is thrown at Instagram, six billion at Groupon, and tens of billions at Facebook, there is no shortage of cash for technologies that can transform markets. Major investment houses lose billions for no apparent reason every day. So why can’t proven technologies waiting to make someone a tremendous amount of money get the same attention?

The people making the decisions about where to invest have little to no contact with these technologies – or, for that matter, reality. They only know what is in front of them. The money we have is not in the hands of people who know how to turn a wrench or are willing to get dirty and make things happen.

There is little functional difference between our capital markets and a Soviet Five Year Plan.

Implementation is a critical step in technology. The lust for internet based applications comes largely from their ease of implementation, not their true value to the world. Slap the code together, push it out on the ‘net, and start spinning the hype. They don’t even have to work all that well, as the insatiable market tolerates a lot of janky little problems in something “new”.

Connections Theory is about how the existence of several new technologies creates even more through combination. Once all the pieces are there it is a matter of someone, anyone really, taking the pieces and putting them together to make something new. There was a time when there appeared to be no limit to what could be made in our world as each new tech became just another “trigger” for the next wave.

Where this process has failed is in implementation, the craft that has to meet the new learning before the benefits can be realized. As Jim Clifton stated in “The Coming Jobs War“, “Innovation is not scarce. Entrepreneurship is scarce.”

The developing world does not have these same problems. New factories are growing up around new technologies all the time as the people are put to work making things happen. Yet many of the developing nations are not as entrepreneurial as the developed world, often favoring governments that we might call “socialist”. They have simply done a better job of putting new resources in the hands of people who will get things done.

The failure of capital markets generally is not only at the heart of this Depression, it is what drives the K-Waves or business cycles. The critical failure of “Supply Side” theory, or the idea that cheap investment income drives an economy, comes when that investment is in the hands of people who cannot make intelligent decisions about where to invest that money. That describes where we are now in the business cycle. Technology remains a craft, and if the individual craftsman does not have access to what is needed for implementaton advancement is stunted.

There are at least three proven technologies that can transform this failed economy into the next one that will provide jobs for Americans. There are even more advanced solar, wind, and other technologies in various states of readiness, waiting for investment as well. The tremendous wash of US Dollars that has gone overseas for oil can be spent here at home, providing income and capital for people with the skills to make even more new things work.

The only thing stopping us right now is our values. Are we really a technology driven society, or are we simply playing with toys that we can slap together quickly?

There are many links in this piece reaching back through the major themes of Barataria since the very beginning. For more information, please follow them. Thanks!