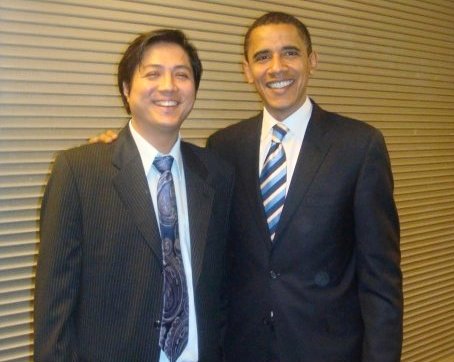 Tibetan Hopes
During his maiden visit to China, President Barack Obama became the first American President in history to publicly make an acknowledgement that “we recognize that Tibet is part of the People’s Republic of China”. This recognition of Communist China’s spurious claims of sovereignty over occupied Tibet, drawn from a cynical cauldron of economic interest and geo-political considerations, has generated a sense of profound disappointment across the broader Tibetan community and also among those who cherish values of justice and democracy.

There was a genuine sense of belief that the President would transfer his message of change, hope and integrity to America’s somewhat tainted foreign policy. In the weeks prior to President Obama’s trip to China, Tibetans dared to hope that at last their struggle for freedom and human rights was strengthened by a statesman whose commitment to democratic principles and justice would mean that the rights of the Tibetan people are not ignored or marginalized. Hand-written letters and artwork from Tibetan children, poured into the White House imploring Obama to speak-out against the oppression and injustice inside Tibet. As Air-Force-One departed optimism prevailed that on this occasion China’s global economic influence would not censor any criticism of its illegal occupation and violent repression of Tibet.

Such expectancy proved to be cruelly misplaced, as evidenced from the moment the President addressed Chinese students at a carefully staged event in Shanghai, in which he significantly avoided any reference to Tibet. The portents were ominous and given Beijing’s previous public demands, that Obama issue an acknowledgement that Tibet was part of China, it was clear that such an arrangement had already been agreed between the two sides. Such knowledge did not however lessen the distasteful impact and disillusionment at seeing the President next to Hu Jintao, a man whose has the blood of countless Tibetans and Uyghurs upon his hands, as he delivered the carefully scripted recognition that China had demanded, an acknowledgement that the United States considers Tibet part of China. Although President Obama was simply re-stating what has been a longstanding official US policy towards Tibet, his words trampled over the hopeful expectations of Tibetans across the United States and the rest of the world.

Missed Opportunities
An opportunity to advocate the Tibetan people’s rights, as contained in three United Nations Resolutions, (No’s 1353, 1723 and 2079) was cold-heartedly spurned. Within a building, under the shadow of which the massacre of Tiananmen Square was conducted, there was no room for the political and legal rights of people to determine their own future Nor could that atmosphere sustain any spoken reference to the destruction of Tibetan culture or support for Tibet’s freedom. Such ideals were abandoned in exchange for appeasing Chinese sensitivities on Tibet. President Obama and his colleagues at the State Department dismissed the 1991 determination of the US Congress, which asserted that “Whereas the United States should not condone aggression by accepting China’s claim to sovereignty over Tibet; Now, therefore, be it: Resolved…..that Tibet, including those areas incorporated into the Chinese provinces of Sichuan, Yunnan, Gansu, and Quinghai, is an occupied country under the established principles of international law….”

Historical Outline
An ancient country with a rich cultural tradition, Tibet enjoyed the rights and privileges of a political and territorial sovereign state until its invasion in 1949 by China. Religion was a unifying force among Tibetans; as was their language, music, literature, and art. For centuries Tibet displayed all the characteristics of a fully operating independent nation, minimal Chinese influence came only at times when China itself was under foreign occupation during the 14th and 18th centuries (Mongolian and Manchu Dynasties). Following the expulsion of Chinese forces, from Tibetan territory in 1911, the 13th Dalai Lama reasserted Tibet’s full independence by using a binding declaration and engaged in international diplomatic relations by signing independent treaties with Mongolia, Nepal and the then British India.

Betraying Tibetan Aspirations
Such facts and China’s illegal occupation of Tibet has been cast aside and replaced by the convincing realities of trade with China and its growing influence upon the world stage. Which have bewitched successive Presidential administrations, that have largely remained silent, as Tibetans inside Tibet faced machine guns and tanks to demand their independence. Barack Obama’s is no different.

The participation of Tibetans in determining the future status of their country was formerly recognized as vital by His Holiness the Dalai Lama: “I have always stated that the central issue is that the Tibetan people must ultimately choose their own destiny. It is not for the Dalai Lama, and certainly not for the Chinese to make that decision. It should ultimately be the wishes of the Tibetan people that should prevail”.

In legitimizing Chinese rule over Tibet, the Obama Administration is denying Tibetans of their birth-right of self-determination and their inherent freedom of deciding their own future. Moreover by acknowledging Chinese sovereignty over Tibet, President Obama has abandoned the ‘Tibetan dream’ of a free nation, a goal which His Holiness recognized, is shared by a vast majority of his people, “I also know that every Tibetan hopes and prays for the full restoration of our nation’s independence” (HH The Dalai Lama March 10-1994).

Abandoning Tibet -A Dangerous Precedent
In agreeing that Tibet is Chinese territory Obama consigns the Tibetan people to a dangerous and uncertain fate as a so-called ethnic minority under the mercy of a totalitarian regime’s bloody maw. The much cherished tradition of the United States in upholding the political and fundamental human rights of peoples facing oppression is in the jeopardy of being shamefully broken.

Such an act of betrayal by the United States, widely respected as the ‘champion for freedom and democracy’ in the world, has perhaps set into motion a dangerous trend which could witness the further erosion of existing international support for Tibet. This although not entirely emphatic, is arguably an important leverage upon the communist Chinese regime. Observing the President of the world’s most influential and powerful nation agreeing to Chinese demands on its supposed sovereignty over Tibet could result in other heads-of-state following suit with similar acts of appeasement. This would be very welcome progress indeed for Beijing which has been seeking international support for its bogus claims over Tibet.

It would also assist China’s determination to eliminate Tibetan national identity, and invest a troubling legitimacy to the lie that China was politically and legally justified in its annexation of Tibet. Although meeting present political and commercial needs regarding US-Chinese relations in acknowledging Chinese authority over Tibet, President Obama’s comments could also seriously undermine future options in terms of any human rights dialogue with China. Future US concerns and criticisms on the human rights situations inside Tibet and China can now be more effectively and authoritatively dismissed and evaded by Beijing as a domestic concern of China. US has given Beijing the leverage to argue even more forcefully, any criticisms concerning the issue of Tibet as an infringement of China’s national sovereignty, which the Presidential Administration has publicly recognized.

By complying with, and endorsing, Beijing’s lies on Tibet, the United States has been left in a more exposed and vulnerable position in its ability to champion human and cultural rights. Formidable, though such implications are for Tibet, the articulation that the United States recognizes Chinese rule over Tibet, was a public affirmation of a policy on Tibet which has defined and sustained political relations between Washington and Beijing. While there was an understandable sense of disillusionment, and feeling of abandonment, the potential isolation and erosion of the Tibetan cause as a political issue the future status is not dependent upon the utterances of the American President, no matter how influential or significant the position of the United States.

The Illusions of Autonomy
Tibet’s future though hostage to political and economic developments inside Communist China also remains in the courageous and determined will of the Tibetan people. After fifty-nine years of suffering under the most violent and oppressive regime and bearing the direct brunt of cultural assault and aggressive colonization, Tibetans inside Tibet robustly maintain an inspiring resistance to Chinese occupation.

Their loyalty and devotion to His Holiness the Dalai Lama is inspirational, as is their sacrifice and patriotism in challenging the military-might of Communist China. It is important to understand that the political aspirations of the Tibetan people is not for any form of autonomy, which after decades of Chinese rule Tibetans know provides no protection of their political, civil and religious freedom.

As a proposed solution for the question of Tibet autonomy offers no conclusive or succinct legal definition, as it describes a number of political structure and arrangements. However its various forms do share one troubling feature. Any ‘rights’, granted to a minority group by the dominant power, are dictated by that authority; and more worryingly, in terms of guaranteeing and protecting Tibetan culture, can be removed by that same power. Tibetans sorely recall that Communist China has extended so-called autonomy to Tibet previously in 1951, at the time of the so-called 17 Point Peace Agreement which was signed under duress.

Almost six decades of brutal suppression inside Tibet have given Tibetans enough reasons to believe that any form of meaningful autonomy cannot be practiced and is not achievable under Communist China.

Yet despite the forced labor camps, systemic torture, corrosive colonization, forced settlements of nomads, coercive birth control, the spirit of Tibetan resistance is burning stronger than ever. As witnessed during the mass demonstrations of 2008 the demand for Tibet’s just and historic independence has not been crushed, Tibetans are engaged in a struggle not for autonomy, or for improved economic or religious freedoms only, none of which will extend any protection of Tibet’s culture of national identity, but for national liberation.

Tibetans understand all too well that China’s objectives are more ominous – a ‘Final Solution’ to assimilate Tibet and remove any inkling of Tibetan national identity. In the face of a ‘life and death’ situation, the just struggles of the Tibetans for an Independent Tibet deserve concrete support of world leaders and freedom loving people across the globe.

It is a great sadness that President Barack Obama could not, even in some small way, have voiced his support for that rightful endeavor.

I personally urge President Barack Obama to seriously reconsider his diplomacy on Tibet and lend his over powering message of hope and change to the Tibetan struggle.

The author is the President of Regional Tibetan Youth Congress of Minnesota and the first Tibetan elected as US Labor leader. He can be reached at: jigme10@yahoo.com

*Acknowledgement: appreciation to Tibettruth (http://tibettruth.wordpress.com/) for the advice and support