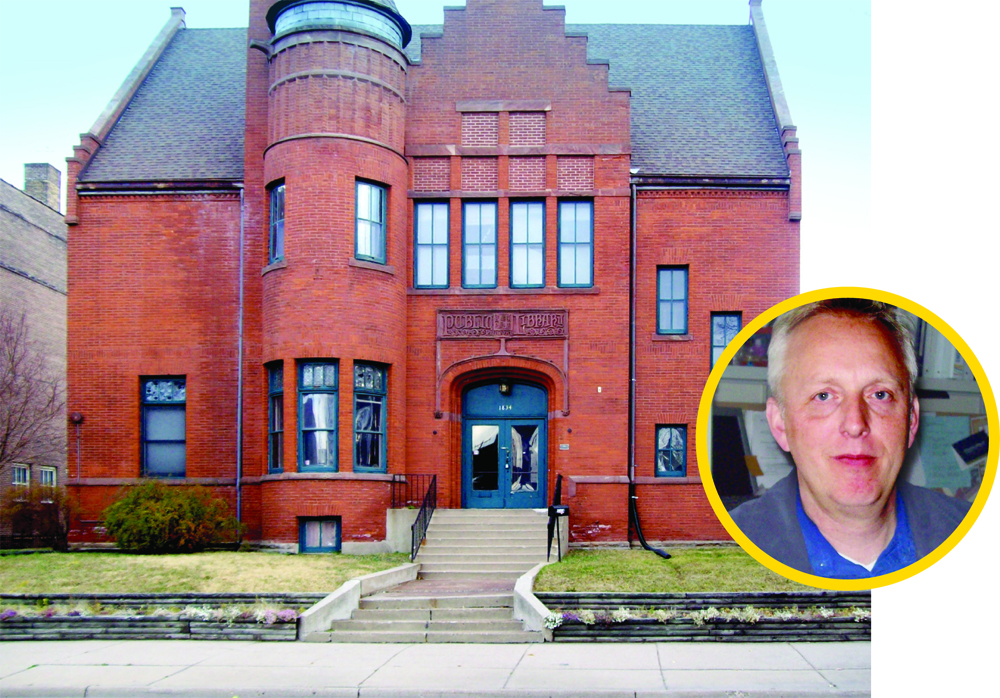 Tough economic times these days have made work for many local nonprofits difficult. A state shutdown for nearly a month this summer didn’t make things any easier either, recalls Mike Wynne (Inset above), the CEO of EMERGE (Emerge Community Development), an employment and development agency in North Minneapolis.

“The only thing worse than the state shutdown was the budget they [the Minnesota Legislature] passed afterwards,” he points out. “I talk to a lot of my [nonprofit] colleagues, and they all are going through the same thing. We all are reeling from these cuts.

“It’s tough… We’ve experienced some loss in revenue” as a result of the 20-day stoppage in July, continues Wynne. “It’s more complex to run the organization.”

Formerly a part of Pillsbury United Communities, EMERGE has been involved in such areas as workforce development, summer youth employment and housing services since it became a separate entity in 2007. Maintaining its offices on the corner of Emerson Avenue North and West Broadway, in the heart of the main business corridor of the city’s North Side, highlights the organization’s overall mission to reinvest not only in the community but in its people as well, believes Wynne.

There is too much “wasted talent” on the North Side, the CEO points out. “This is about developing people and assets together in building financial opportunities.

“We want to use the leverage that we create by gathering the economic resources to invest in people but also bringing back economic vitality” to the area. “We have been very much involved in the redevelopment of West Broadway, a redevelopment that is community-based where residents take ownership of the corridor.”

Wynne remembers a 2010 panel discussion in which the economic woes of North Minneapolis were the featured topic. “We have an African American community that is relatively younger, so therefore you are going to have higher unemployment among the younger [Blacks].”

However, such political grandstanding as what took place in St. Paul this summer is hurting not only organizations like his, but the city of Minneapolis as a whole, Wynne believes. “Minneapolis used to be the power base. Now the suburbs actually control the state and regional politics. We got an all-powerful suburban electorate.

In the meantime, Wynne says EMERGE is close to reaching its $4.8 million fundraising target for establishing a new career and technology center in the historic Old North Branch Library. “We became interested in the library” soon after EMERGE moved across from it in 2007, he points out.

They have raised $4.5 million thus far. “We have been working on that for a few years now,” Wynne says, adding that given the fact that times are tough, raising funds for the project has been “ambitious.”

“Fundraising couldn’t have [come] at a worse time,” admits Wynne, “but remarkably we’re making progress and turning the corner.”

The organization recently received $110,000 from this fall’s Partners in Prevention campaign — the library was among several historic buildings in the area that were being considered for such funds. Wynne says plans to “break ground” in remodeling the building for the new center are set for next spring.

“We are nearing the home stretch in the campaign,” concludes Wynne. “It is going to be a real community asset.”