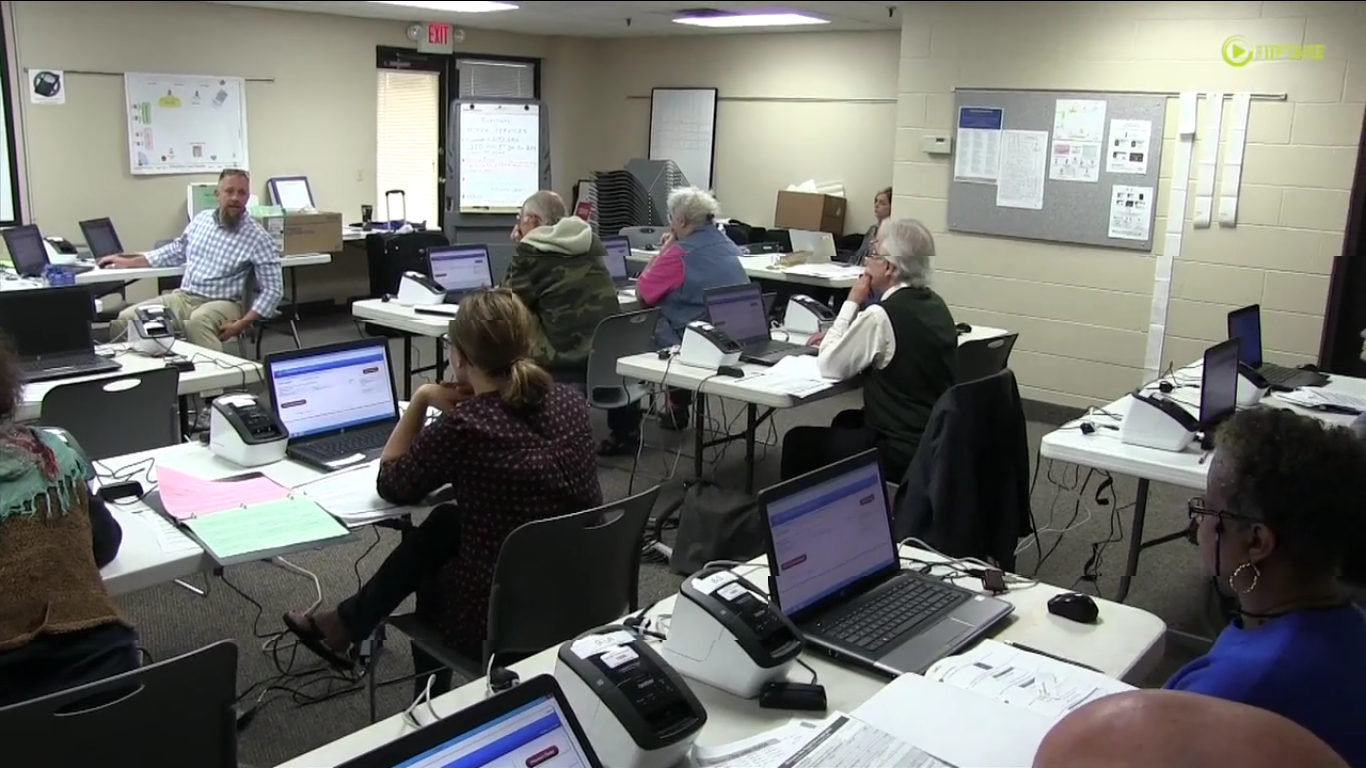 Minneapolis will be testing electronic poll books in 5 of its 135 precincts on election day. Training is underway for the election judges who will be manning the computers at those polling stations. These systems have been tested in Minneapolis and Minnetonka in previous elections.

According to Grace Wachlarowicz, Assistant City Clerk and Director, Voter Services, City of Minneapolis, this should expedite the process for all voters. Previously registered voters give the election judge their house number and the last four letters of their last name. This data produces the complete set of information on a laptop screen, the voter verifies and is handed a ballot receipt, the process continues as before. If the voter prefers, a Minnesota Drivers License or State ID may be swiped on the reader and the voter information is automatically pulled up.

Secretary of State Candidate Dan Severson has been touting something similar as a new idea of his, but it would only work for people who carried a photo ID. Everyone else would have to use the other system, something Severson’s opponent Steve Simon calls “a way to marginalize, and to ostracize, and exclude people who don’t have the kind of ID that he and others like him think they should have.”

With electronic poll books, new voter registrations are typed into a laptop. Previously, the information had to be hand written by the voter. Again if the voter has a drivers license or state ID, that card can be swiped to populate the registration form. The same proof of residence for new voters must be supplied to the judge as in the past.

In current election process, there is a new voter registration station and two or more stations based on first letter of last name. The judge asks for spelling of last name and flips through the pages to find it, asks the verification question and the voter signs on the line.

With e-poll books, any judge can perform any task, new voter or any last name. This flexibility plus a shorter in-person process should significantly speed up the election experience. The voter is not restricted to a single line.

The test will tell the tale.

The City of Minnetonka will be using e-poll books in four precincts, testing two different vendors.

The City of Minneapolis also showed off an experimental quad voting booth it is trying out this election. As you can see in the video below it allows four people to vote in a footprint that is much smaller than four regular voting booths. That means more of them can be set up in a give precinct. As an added bonus, one of the four polling booths is low enough so a voter in a wheelchair can easily use it.