The election is over.  As everyone decompresses the habit of constant analysis flashes back to what happened over the long months of campaigning.  Like any process, it’s good to step back at the end and think about what went well, what went wrong, and how it all could have been better.

Dave Thune won re-election to the St Paul City Council in Ward 2 on the third IRV re-allocation by 806 votes, a 58/42 win.  It was by far his highest ever once all the sorting, counting, and math were finished the Monday afterward.  The great irony is that the strongest skeptic of the new IRV (or Ranked Choice) system wound up benefiting from it more than anyone else.  How did this all go down? 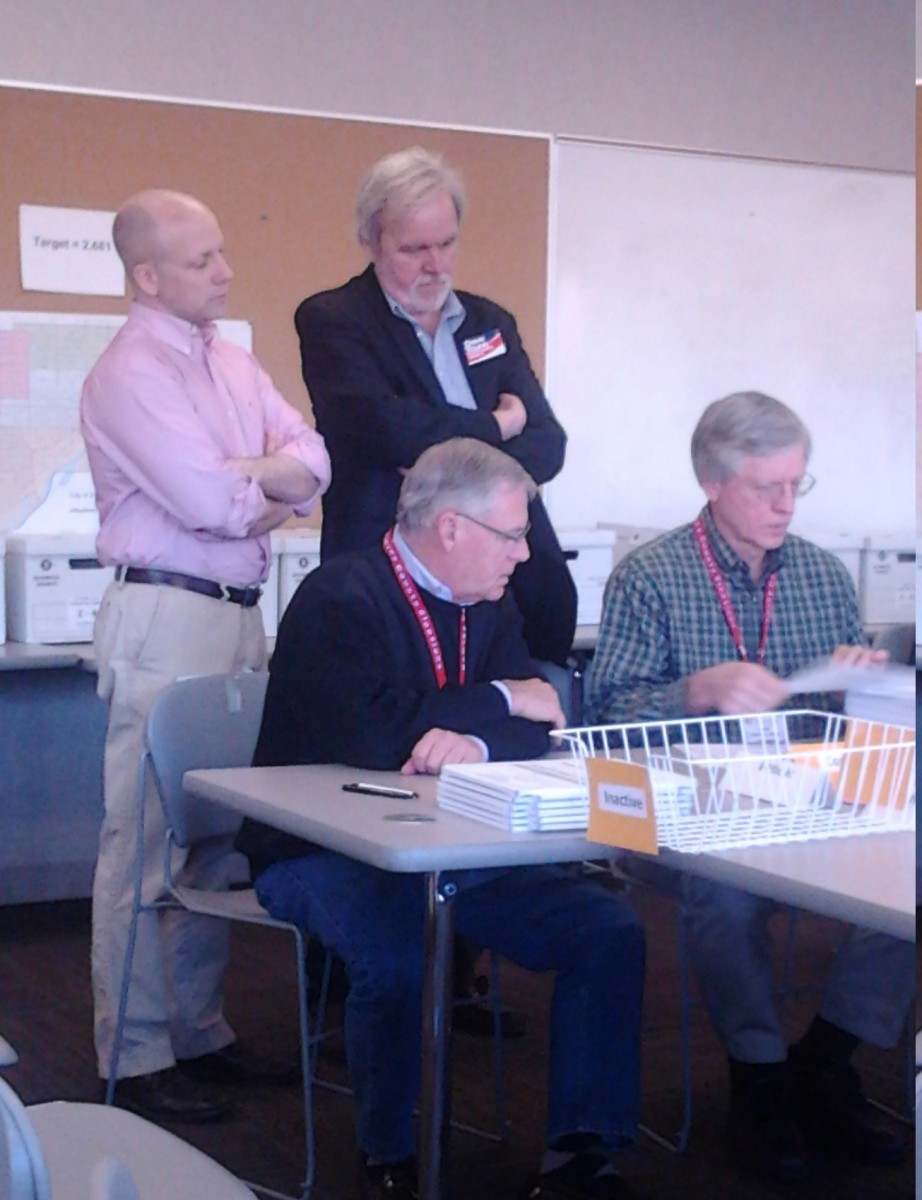 This summary of the election should never be taken as an attempt to take credit for the  victory.  I was part of a team that always started and ended with Dave.  I won’t name names because I didn’t get their permission.  When we finally got to a victory party at Mancini’s restaurant the entire Thuniverse was there, people who have been like an extended family to me since 1989.  Nothing could have happened without everyone pulling together.  The warm daze of summer when it all started to come together glowed from everyone as we recounted how we all got to this happy night.

Preparing the strategy for the campaign laid three strong realities in front of us. The first was Ward 2 itself, a diverse assembly of four distinct neighborhoods of similar size – Downtown, West Seventh, the West Side, and Summit Hill. Many of these communities are changing rapidly as young families move back into the city – making it hard to identify “likely voters”.  The last issue was the four opponents who paid their fee to run, making this an unusually crowded race.

Most of our strategy was the usual route taken for this diverse Ward, which is to print four pieces of literature that spoke directly to the issues important in each neighborhood.  This practice is not common in most campaigns, but is very powerful.  Distinct communities have very different concerns that should be addressed directly.  Failure to do so is always going to tend toward vanilla and plain pieces missing a strong connection.

Common concerns and values extend far beyond simply the neighborhood someone lives in, of course.  Identifying voters as they see themselves is critical to any campaign.  We relied heavily on targeted mailings to voters, speaking to many different issues such as crime, environment, taxes, human rights, historic preservation, and other issues.  That required us to identify these voters, the hard but essential part of any Get Out The Vote (GOTV) strategy.  Voter ID also meant that we knew who were our people, and who to call up, when the election rolled around.

These appeals to voters are important, but the personal connection is even more critical in a local election.  We tried two innovations to do just that.

Through the long summer months, when people were not interested in an election that seemed to be a long way off, we held “Ice Cream Socials” at the houses of supporters and invited the neighbors to see Dave in an informal setting.  Attendance was rarely great, but we did connect very directly with people.  I always joked that it opened Dave up to being labeled an “Ice Cream Socialist”, but they worked.  Parents could bring their kids and be entertained with balloon animals, making a connection with the new families that might be voting for the first time.

The other innovation was a bank of personal video endorsements on the website.  These became very popular, energizing supporters and speaking very directly to people on a gut level.  Dave’s supporters said things that the campaign would have had trouble articulating as well, and often made Dave blush.  They went a bit viral towards the end, circulating widely even outside of the Ward.  The only problem is that there are so many of them the site bogged down.

The new IRV (Ranked Choice) system presented its own challenges.  Three of the four opponents were strong – one on the left, one on the right, and one that seemed to be driven by personal dislike.  Because this was the first election conducted in such a way we were cautious, using the slogan “Make Dave your #1` choice”.  At least one of our challengers actively sought second-round votes, but we felt it would have been unseemly to have an incumbent make the same appeal.  Perhaps in the future this won’t seem so strange.

IRV itself seems to have two very distinct requirements.  One is that while identifying your own voters is critical in any election, IRV requires identifying your opponents as well.  That would make an appeal for a second round by direct mail much more effective and not risk upsetting your own supporters.  We didn’t do a good enough job of this.  Also, IRV clearly does favor upbeat and positive campaigns, which was even admitted by one candidate who strayed from a positive tone.  Good turnout in any election requires that people have something to vote for, not just against, and in IRV that second choice is no different than the first.

All in all, the crowded field did favor Dave as the incumbent because it was hard for any of the other four to stand out in the crowd in a diverse district.  I still think this is a flaw in IRV and I prefer a system with non-partisan primaries where the top two, regardless of party, get another two months to square off and make their case.

What’s next?  Dave will continue to work hard for our city for four years.  The neighborhoods will continue to improve themselves through the grassroots efforts that are simply part of our daily lives.  And Saint Paul will be a great place for all of us.

Thank you again to everyone who made this a great election, including our opponents who engaged the voters and got them thinking about what they want as we all move forward together.  I’ll see you around the Ward, especially as I go around and finish pulling up the lawnsigns (ug!).