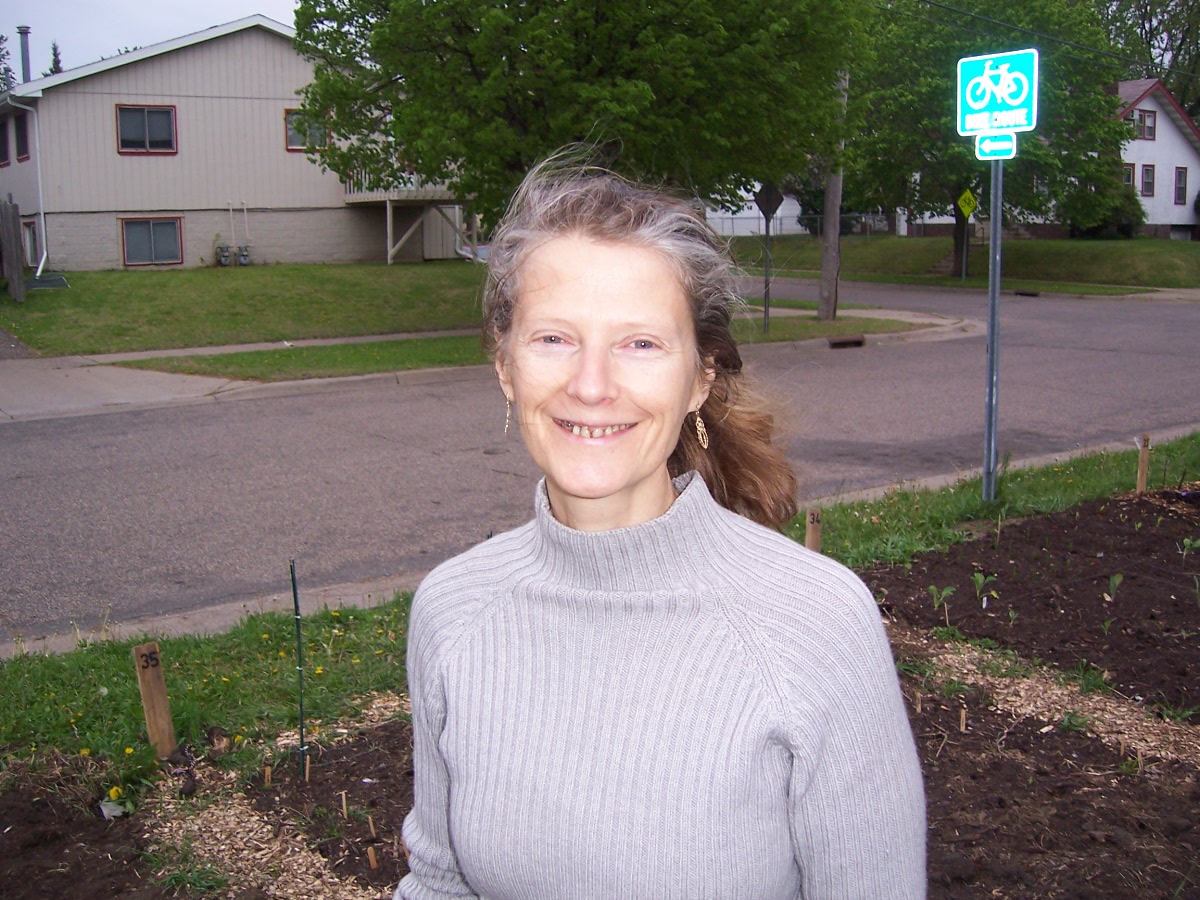 Colleen Dooley is a yoga teacher and massage therapist who lives in the Midway neighborhood is Saint Paul, with the youngest of her four children.

I met with Colleen in the community garden plot, where we are gardening neighbors. As I interviewed her, she was busy planting seedlings. She quickly identified the issues that are most important to her in the upcoming election as the environment, education, and equal marriage rights for same-sex couples.

In terms of the environment, Colleen would like to see more political support for local initiatives that support neighborhood connectedness. She would love to see more community gardens available, citing her own experience as one that has helped her meet neighbors who she now sees on a regular basis—at the library, on walks, at the store etc. She remembers seeing a man on a bike wearing a shirt that said, “One less car.” Soon afterwards, she recognized him as the same man running for a local political office. She appreciated both his commitment to the environment and her ability to connect him to the place where she lived.

Colleen is interested in education in part because her youngest child is still in middle school. She wants to see more financial support for schools, more opportunities for students to study music and arts, and smaller class sizes. For her, “it’s mostly about valuing the teachers.” She respects teachers deeply and wants to see politicians do the same. She’d also like to see a stronger connection between farms and schools, with more locally produced food being served in the cafeteria and more opportunities for students to grow food.

Finally, Colleen wants to see equal rights for same-sex couples in Minnesota. She wants to see the marriage amendment that would prohibit same-sex marriage to fail saying, “I think of Minnesota as being a progressive, but it’s still a straggler [with this issue].”