November 6, 2012, “we, the people” will select, by our vote, or by our non-vote, an entire assortment of representatives, from local to national level.

We’ll vote well-informed, or ill-informed on candidates and on issues. We will be solely responsible, as always, for our action (or inaction).

We like to ‘slice and dice’ our elected officials, bureaucrats, and the like. But the uncomfortable fact is that we are the true leaders of this democratic republic called the United States of America.

Recently a friend sent a link where nine experts described the single biggest mistake a leader can make. Because you are a leader, it is worth a look, here. It takes about six minutes of your time. Apply it to yourself…as a leader.

Today’s Minneapolis Star Tribune carried a long front page article about the legal flap over the words to be used on the November ballot to describe two proposed Minnesota Constitutional Amendments. You can read it all here.

I understand the politics and policy parts of these two proposals quite well. I would contend that the challenges to wording are necessary and appropriate. The people who want the amendments to pass are hoping people will vote yes without understanding the implications or even the substance of the issue they are voting on.

(I’ve been watching these issues for a long while. I’ll be on the “no” side on both.)

Sometimes I marvel that our country and its states survive at all given the non-thinking that is all too prevalent in our society, particularly about that broad realm that is called ‘politics’.

On the one hand are those, primarily off on the right fringe, who are terrified of the words that represent who I am: “liberal” and “union”.

I know many of these folks, some of them very well, and I think they’re okay with me, personally. But there is a tendency to broad brush my ‘kind’, and to drag into the kettle of shame anyone who seems even a little similar to me.

Political leaders of this right-wing bunch want to take control of government at all levels.

I’m more than a bit concerned.

On the other hand, out on the edges of the left are people who essentially argue “my way or the highway” in a somewhat different way. The position is well articulated, in a letter I received from a prominent leader in the local peace and justice community in mid-January 2012: “Politics is the art of the possible and involves compromise. That is the job of politicians and I respect that. The job of the _____ movement is to focus on issues.”

Conversely, the left-wing leader doesn’t like the scrum of politics, considering it something other than an issue.

No question, who will win if their view is ascendant in November.

History is full of examples where a fringe manages to get temporary control of government.

November 6 we’ll be faced with an array of candidates and issues, among which are those constitutional amendments.

But you would think, at this point, that the only office up for grabs is the office of President of the United States.

At this point, most people probably even have only a vague notion about any of the other candidates for any office.

Below is my rough version of a ‘picture’ of the Pyramid of State: what’s ahead for each of us in the next few months.

Disagree if you will, or suggest modifications.

But get informed, work hard and contribute to the campaign of best candidate for each office, and vote very well informed on November 6. 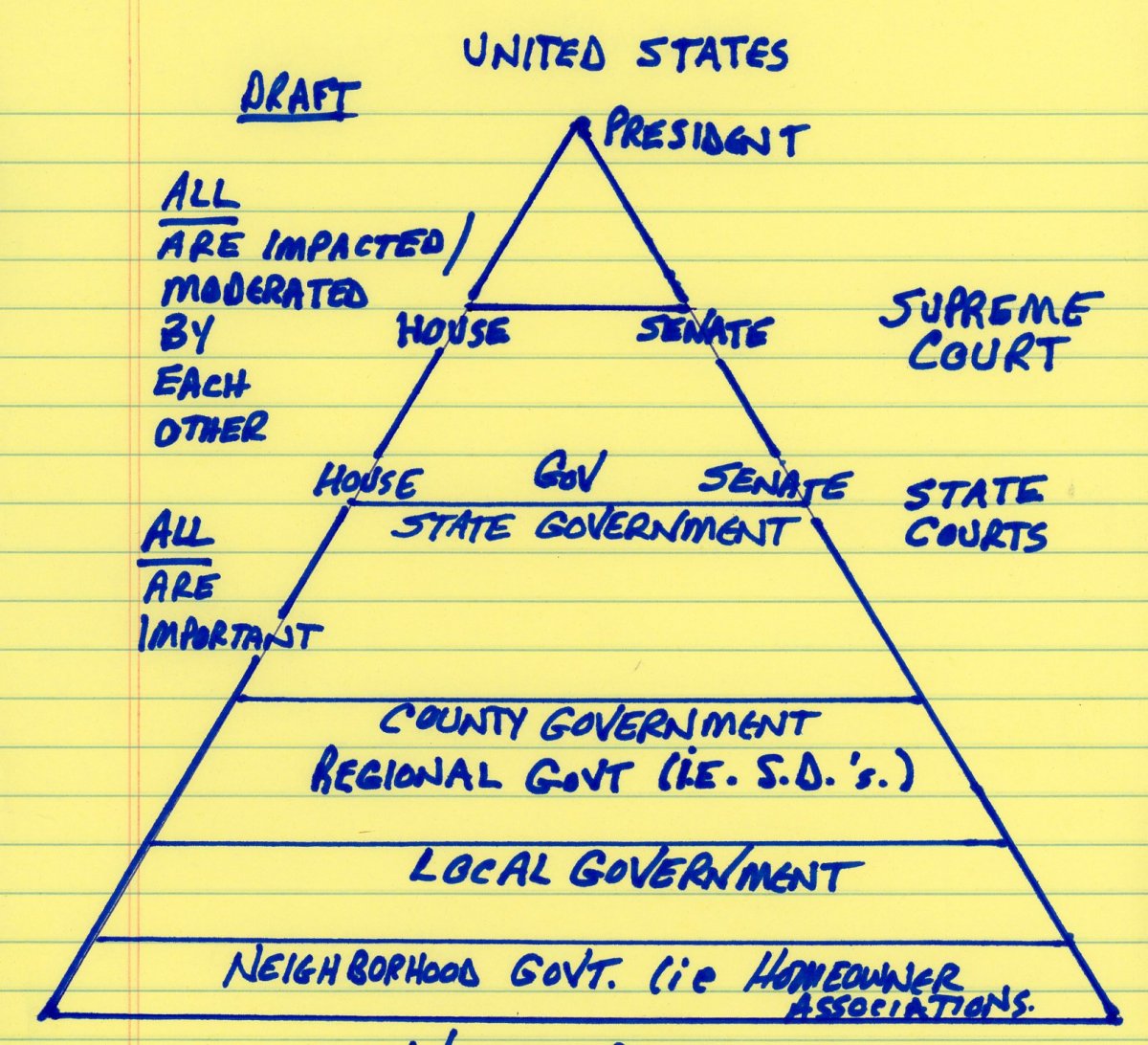