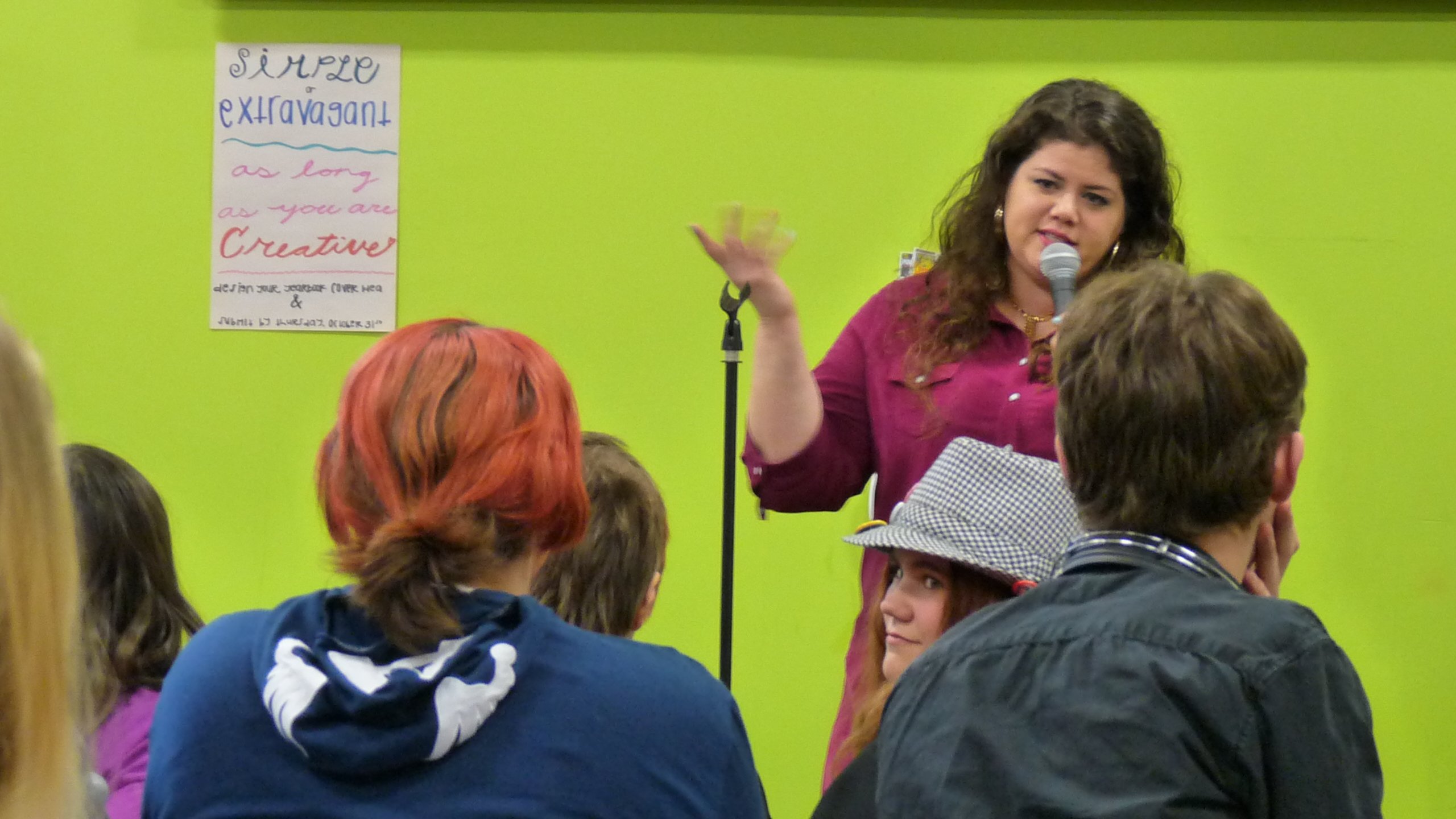 Rainbow Rowell, author of Eleanor & Park, has faced a lot of criticism during recent weeks. Her book has been highly praised by some people (and is a best seller on the New York Times list) and torn apart by others. Initiatives against the book were raised by parents in the Anoka-Hennepin school district, who did not want their children to read it. They called it a “dangerously obscene” book. After the issue went up to the school board, most of the libraries took the novel off their recommended reading program and a planned author reading in the Anoka-Hennepin school district was cancelled.

The story, set in the 1980s, is about two teenagers who fall in love for the first time on a school bus. They try to do the right things as they struggle with various problems in their lives. Their love lets them both grow and rise above all the issues.

After Anoka-Hennepin cancelled the author reading, the St. Paul Public Library and Avalon School in St. Paul invited Rainbow Rowell to come to Avalon for a reading and author talk on October 30.

St. Paul Public Library representative, Marika Staloch, explained why SPPL and Avalon School chose to sponsor an author reading, after Anoka-Hennepin had canceled. She said they chose the book, “because it is a very relevant teen book. Every year the library chooses one teen book for the Read Brave project to try to get as many people to read it as possible.”

TC Daily Planet interns went to the author reading at Avalon School. Here’s what they found:

Staloch said she contacted Rainbow Rowell precisely because there were so many controversies. “I wanted to make sure that we chose a book that was relevant to teens and after reading it I found it was a very compelling book and a good book for teens and adults,” she said. “So there were a lot of reasons why we chose the book and so bringing the author here was one step to publicize the book.”

But what are the main reasons for the censorship? Staloch said, “It has mostly to do with the language.” The school board got a thirteen page review and report over 220 swear words. The swear words mostly do not come from the main actors themselves, but are part their environment. Bullying is one of the major problems the main actors are struggling with. It’s one way the author choose to show how vulgar and profane the environment might be and how difficult it is, especially for the victims.

Another argument was the sexuality. Staloch said, “They did have complaints about the sexuality in it even though it`s actually not in it. I mean, the kids hold hands. … So I don’t know where it is coming from necessarily.”

Staloch believes that this book is a good book. “Surrounding that love story, there are a lot of realistic issues that the teens have to go through today. There is poverty, bullying, dating between different races but most of all, it`s just a lovely book for all kind of ages.”

The author Rainbow Rowell answered question from the students