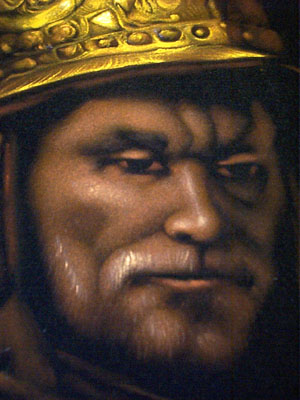 Have you ever been to Minneapolis’s El Dorado Conquistador Museum? No? Oh, but I think you have. Have you ever been to the Kitty Cat Klub? Local writer Eric Dregni formerly curated the museum—er, “museum”—in a law school bookstore, but the gems of the collection are now on view in the KCK’s pool room. It’s what’s left of America’s only museum dedicated to the effluence of kitschy conquistadors that became faddish in the late 60s and early 70s after Man of La Mancha became a smash hit on Broadway and in movie theaters. If you need a further excuse to visit the Kitty Cat Klub besides beer and black velvet, join us on Monday, February 20, for an open newsroom and happy hour.