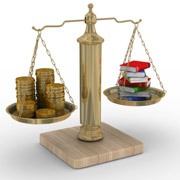 A disturbing trend has been noted across the country. More and more school districts are relying on parents’ groups and other private community sources for funding. The result of consistently inadequate public funding for education, this growing phenomenon will hurt the cause of those who genuinely want educational equity.

For example, the foundation linked to Denver’s public school district put over $10 million into “after-school programs, in-school health services, and math and science initiatives.” Feeling the strain of similar efforts in Asheville, N.C., a co-director of the Asheville City Schools Foundation said to Education Week, “The pressure to raise more money each year to meet the budget shortfalls limits the way parents engage in their child’s school.”

She also noted the problems this poses for lower income households, saying, “We’ve found that families who have limited resources see the only access point for involvement in education to be fundraising. They want to be engaged, but don’t see that as meaningful engagement.”

For low-income districts, the problem actually runs even deeper. With more policymakers apparently content to let private fundraising fill in the gap left by fewer public dollars, the poorest districts will also be the ones with the hardest time marshaling the funds to make up the difference.

Consider a district like Brooklyn Center, just north of Minneapolis. It just barely managed a renewal of its current local levy. While it does have its own foundation offering what support it can, the district can’t keep providing the services it does by relying solely on foundation money. What’s more, it shouldn’t be expected to.

The legislators who have forced us into fights on teacher seniority, parent triggers, and the rest of the typical reform agenda are often the same ones who have to be dragged kicking and screaming to restore education funding to where it was a decade ago. They play games with numbers to make it look like districts have more money, when the reality is that the Pawlenty administration let inflation slash state support for schools by 13 percent in less than a decade.

Many self-described liberals and progressives pushing for changes in teacher tenure will also proclaim their support for more funding and say that teachers should be paid more. When the time comes for the next budget fight, however, will we see them there? Is there any true passion for funding equity amongst the would-be reformers?