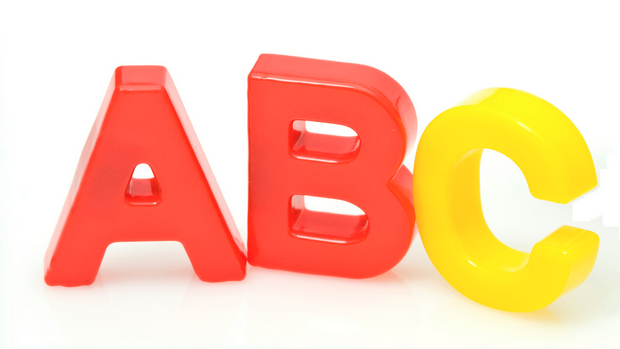 Editors Note: This is a new and ongoing series. Sheila Regan, a longtime Daily Planet writer and contributor will be asking experts in the field an important question related to education. I’m proud to unveil the first.

As state legislators return to session from a break, one of the issues they’ll be hammering out is responding to Governor Dayton’s ambitious proposal to fund a universal pre-kindergarten program. Unlike recent pilot programs that put money towards early education that had a “follow the child” approach aiming at the children most in need, Dayton’s proposal takes an institutional approach, creating all-day preschool across the board for all students, using a $348 million surplus from the budget to pay for it.

There’s little debate that children who have the opportunity to attend high-quality early education programs will benefit down the road, but there are plenty of critics of Dayton’s proposal. They say that funding preschool for all children gives benefit to affluent children whose families can pay for themselves, rather than focusing on supporting the most at-risk children.

Questions arise: will the $343 funding be enough to support Dayton’s ambitious initiative? Do public schools have the capacity to take on adding pre-k programs? Will the most in need families get the support they need, not just for preschool but other wrap-around services and daycare?

We asked four contributors to weigh in on the topic. They include St. Thomas Law Professor Nekima Levy-Pounds, Minneapolis fifth grade teacher Mathew Collier, who also serves as Vice President of the Minneapolis Federation of Teachers and Chair of EMAC, Prachee Mukherjee, Director of Assessment, Evaluation and Research at St. Louis Park Schools and Maggie Lorenz, an American Indian Cultural Specialist with St. Paul Public Schools.

Our contributors each bring their unique perspective to this topic. Please join our discussion by commenting in the comment section or on our Facebook page https://www.facebook.com/tcdailyplanet. We’d love to hear what you think!

Governor Dayton’s proposal for universal preschool for all would ensure preschool for all 4-year olds in the state of Minnesota. Various concerns have been expressed about this proposal. However, the achievement gap that is the target to be ‘fixed’, that is now part of the general discourse, is an outcome, not the cause of the problem. What is absent from the conversation is race and systemic racism. For the most part, parents of color have no voice in the decision-making processes that impact their children. The current educational system fails to develop racial consciousness in children of any race, fails to teach our students the humanity in each of us. Our best educated graduates go on to make decisions that redline high-minority neighborhoods for unaffordable mortgages. Unless we fundamentally shift our mindset by seeking counter-perspectives from communities of color about how we educate our children, and dismantle systems of privilege based on race, we will continue to search for solutions based on a limited understanding of the problem, and continue to perpetuate our current scenario. Dismantling systemically inequitable systems based on race will start the process for interrupting other inequities, and build the way for imagining new possibilities.

Across the country and in particular Minnesota, there is growing concern over the disparity between white and students of color standardized test scores. This is widely known as the achievement / opportunity gap. Many educators have pointed to early education as an avenue for narrowing the gap. Many studies have shown the early benefits of early education. The Carolina Abecedarian Project reported students who completed an early education program scored higher on state test and were less likely to repeat a grade. Similar findings were reported by a recent study in Oklahoma. The study claimed that students in their pre-school programs were more prepared for the challenges of Kindergarten, specifically in the areas of math, reading, and vocabulary. According to the United Sates Department of Education, only 3 out of ten four year olds have access to early education, ranking us 25th in the world.

Governor Dayton has recently proposed an expansion of early childhood to all Minnesota public schools. This initiative would provide fiscally distress families an avenue to early education. Minnesota has the 4th highest cost for daycare in the country; an average cost for an early education program is $12,000 a year per child. With this burden being lifted many families would be able to afford health care, nutritious meals, clothing, and outside the classroom learning opportunities. For Minnesota to continue to be a leader in education we must ensure that all our students have access to a successful start.

Universal Pre-K is the Way to Go

There has been much debate surrounding Governor Dayton’s proposal to fund universal pre-K for every child in Minnesota. Early childhood education is associated with a number of positive benefits, including higher literacy rates and school readiness, particularly for children whose families have limited resources. Part of the debate surrounding Dayton ‘s proposal is whether children from low income families would be better served by having access to scholarships that would allow them to attend a private pre-K offering; as opposed to only attending a public school.

As an African American parent who has grappled with the challenge of finding high quality, culturally competent school settings for my children, I’m all about ensuring that there are choices available, such as scholarships or vouchers. However, those choices should serve as a supplement to universal pre-K, as opposed to a replacement. The reality is that low income families will benefit from having the option to allow their younger children to attend a neighborhood school; especially if their older children already attend said school. Additionally, low-income parents will benefit from having a school option that is completely free, as there is no guarantee that a voucher will cover 100% of the costs to attend a private preschool.

In order for Dayton’s plan to provide universal preschool to be effective, a few things must happen: 1) We must stop evaluating this proposal from a deficit-based perspective. If the early education of our children is important, we will find the money to fully fund this initiative to benefit all children. 2) We must create a pipeline that identifies promising teachers of color to fill some of the teaching slots that will become available. It is a travesty of justice that over 90% of teachers in Minnesota are white. The lack of diversity amongst teachers detrimentally effects all students, including our youngest learners. 3) we must put policies in place that eliminate the use of suspensions in preschool settings. Studies show that even in preschool, African American children are being suspended at alarming rates. This phenomenon mirrors what happens in grade school and impacts student learning outcomes. What is the point of investing in universal preschool of vouchers of our youngest and most vulnerable learners face the risk of being pushed out and excluded from classrooms? 4) There must be an all day pre-K option available for families in our most under-resourced communities. Many low-income families constitute the working poor who may receive hourly wages and have shift variations. Thus, it is important that the children of the poor and the working poor have a stable place to go during the day while their parents are at work. 5) High quality curriculum and instruction are a given.

The state of Minnesota will benefit great dividends over the long haul if it decides to make a sufficient investment in our youngest residents. We must come to the realization that either we will spend the money now to proactively invest in our future or we will spend the money later on other systems such as social services and criminal justice for those who do not gain access to the educational supports that are needed.

As a mother and educator, I was excited to see what Governor Dayton is proposing: free school-based Pre-K for all children in Minnesota. It builds on the good policy decisions the Governor has already been part of making, emphasizing and prioritizing education in Minnesota. One of the main critiques against his proposal is that it doesn’t specifically target low-income learners the way his previous program did – offering scholarships to eligible families. This is where it hits home for me. I am the mother of two girls, a 6-year old and an 8-month old. Six years ago, I was a single parent and was eligible for child care assistance to afford quality care for my daughter. I was so impressed with how quickly she learned new things in a quality Pre-K setting, and today as a first grader, she is still one of the top students in her class. I know from experience that the early learning she had got her off to a great start. Fast forward to today, my husband and I, firmly in the middle class, are really struggling with how to manage quality child care costs for our newest addition. Some of the same centers my eldest daughter enjoyed are now financially out of reach for us with our youngest because we no longer qualify as “low-income”. With full time care costs exceeding our monthly mortgage payment,we are faced with some difficult decisions. As an educator working in communities of color and low-income communities, I understand the educational and quality of life disparities all too well. Those disparities need to be addressed without a doubt. But in my mind, that is a separate issue and there is a need for creative thinking to address those disparities. Quality education should be something all families are afforded with, because strong supported families will create strong, educated individuals who will inevitably strengthen our state and nation. This is certainly a step in the right direction.

Here are some questions/thoughts for readers:

Maggie Lorenz said that the Governor’s proposal doesn’t target low-income learners the way his previous program did. Weigh in and compare the two.
She say’s it’s not enough. Why and what could be done to make it enough? Is it just money?

Prachee said that race is absent in the discussion and that parents of color have no voice in the decision making process. If that’s true, then how do we get them involved? How do we make race a part of the discussion when deciding on a dollar amount for early childhood education? More money for parent engagement programs? What is the solution?

Matthew mentioned this: The Carolina Abecedarian Project http://abc.fpg.unc.edu/
It seems like it sets the same goals as the Governor’s proposal does.
He said that Minnesota has the fourth highest daycare cost in the country. What is the average cost of daycare here in the Twin Cities and how does it affect working families?

Nekima Levy Pounds made a good point when she said that all day pre-k isn’t being taken into account. Most families really need that because of working multiple jobs or working jobs where their shift schedule varies.