If you know The Edge Coffee House on University and Raymond in St. Paul, you know Patricia Y., or YaYa, as her patrons all know her. With an array of local artwork and photography lining the walls, and an eclectic collection of chairs, couches, lamps and tables, the small St. Paul café somewhat resembles a living room more than a place of business — but the local haven that many have come to know as a second living room may soon be coming to an end. YaYa is thinking of throwing in the towel.

The area has been home to many independently women-owned businesses. Among them, YaYa and The Edge have become a fixture in the community, since she opened shop three and a half years ago. On Yelp.com, her store is littered with local reviews praising the shop and YaYa, herself. Every Saturday afternoon, dozens of bluegrass musicians gather to practice and perform. Even the name YaYa has become synonymous with the store, as any of the many regulars who order the popular McYaYa breakfast sandwich can testify.

Unfortunately, the regulars aren’t enough, according to YaYa, and she thinks she’s about to call it quits.

But by the time YaYa took over the café in early 2009, the economy had begun to fall apart.

“I was immediately rebuilding from the start,” said YaYa, who had worked out a deal with the previous owners, essentially paying them rent and inheriting all the equipment. Even on her best days she seemed to only be breaking even, she recalls. 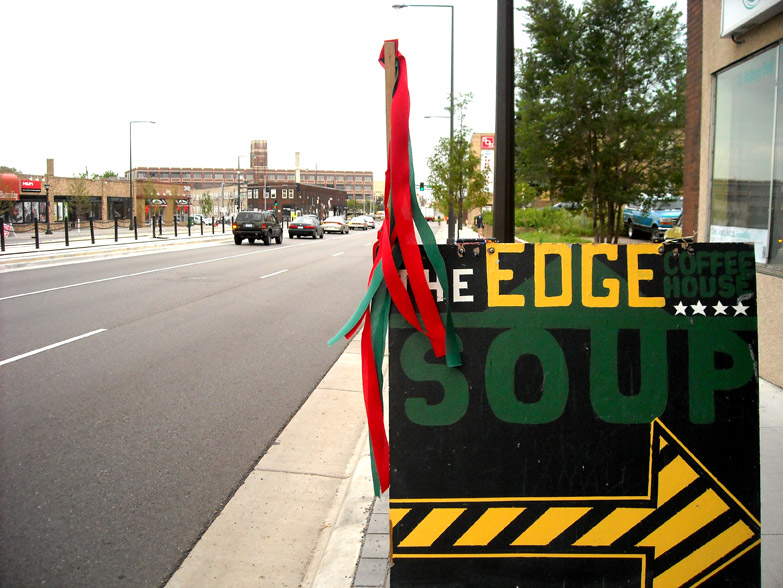 Then in 2011, the light rail construction began in front of her store, taking away all of her street parking, and YaYa saw a 60 percent drop in sales. Since then, she’s been merely attempting to pay rent, she says.

“I can’t be blamed for the evacuation of the area,” she said. “It’s hard to catch up once you fall behind. I call it Highway University,” she continued, referring to the lack of street-side parking, “It’s like a shop in the middle of the highway.”

The small loan she received from LRT last year was gone immediately, she says, and as her finances continued to remain stagnant, YaYa picked up a second job as a bartender, and even considered selling the Prospect Park home where she has lived for more than 20 years.

The other week she painted “Ready 2 Go,” on her beverage cooler, admitting publicly her thoughts of leaving, something she dreaded having to do. 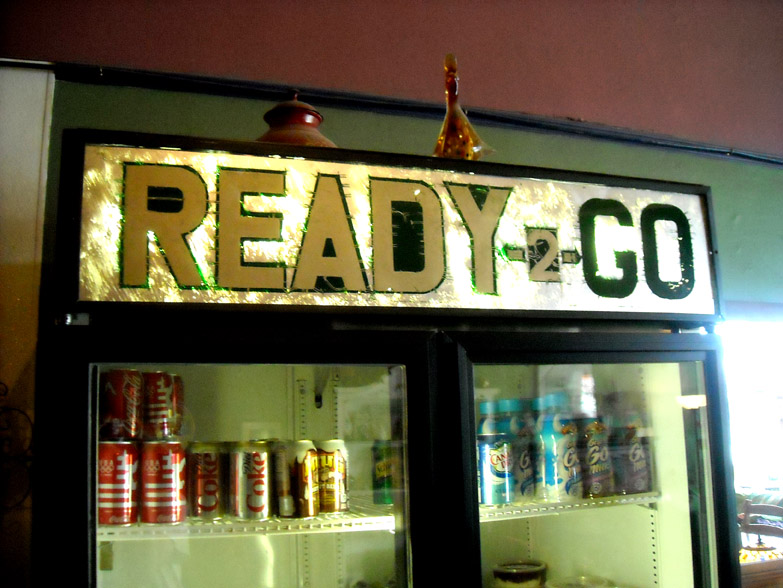 “If I leave here, it’s sort of a divorce,” she said. “It’s going to affect everybody — I don’t want to leave them.”

While the exact date of her departure is still unknown, she says she most likely won’t last more than three more months. When it finally happens, she might go back to bartending, she says, just one of the many different jobs she’s held throughout her life, including banking, working for the University of Minnesota Alumni Association, producing radio and video, and even working as a DJ. That’s where she first got her nickname as DJ YaYa back in 1992.

“I’m like on the edge of The Edge right now,” said YaYa. “It’s time to reassess, big and small, of which direction to go.”

It’s not entirely bad that she’s leaving, she says, laughing, explaining that while she won’t miss staying up all night thinking about what soups to serve or how she is going to pay rent that month, she will miss her customers.