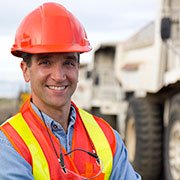 Up in the beautiful realm of Northeastern Minnesota, there is a region aptly known as the Iron Range. The name comes from the ore that is abundantly in the ground: taconite. This precious rock is used to make steel, and on the Range, there not only is a lot of it, but it is an amazingly pure grade.

To call the mining industry the region’s most important economic sector would be vastly understating all that it does to make the lives of those who live there better. Taconite supports high wage union jobs, funds agencies that promote economic development through business grants, supports schools and higher education throughout the state, and aids residents in property tax relief. It facilitates all of this development through one simple tax.

The economic impact of the mining industry to the Iron Range beyond tax revenue also cannot be ignored. According to  the Labovitz School of Business and Economics at the University of Minnesota Duluth, mining accounts for more than 11,200 jobs directly and indirectly in the state and adds billions of dollars to the regional economy.

In a time for our state when nonferrous mining is such a divisive political issue, it is important to remember why so many people have trouble dismissing its expansion. The issue of precious metal mining is one of huge importance and carries with it some very real risks to the environment if not implemented safely. It’s also wise for us to survey all that mining has done for our state so we can understand both sides of the debate more clearly. For Iron Rangers, mining isn’t simply a business sector, it puts food on their tables, promotes all types of business and funds all levels of education. In short, it is a way of life.