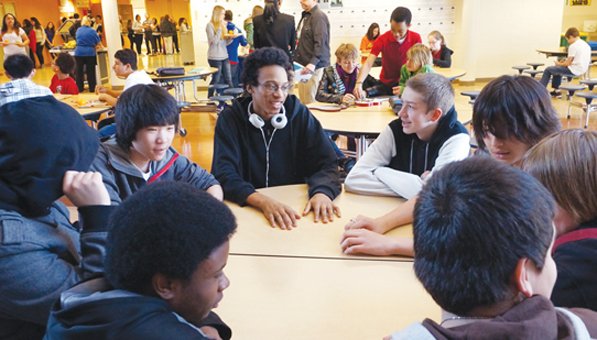 Parents and students in the United States scored a major victory 60 years ago in the Brown v. Board of Education Supreme Court decision, which decreed an end to school desegregation. More recently, Twin Cities parents and teachers scored another victory in a long and convoluted fight for school integration. That fight also is related to a lawsuit brought over school segregation.

The roots of this most recent battle go back to a lawsuit filed in the mid-1990s by the NAACP and Minnesota attorney Daniel Shulman, which sought to end school segregation in Minnesota. The suit ended in a negotiated settlement that, among other things, resulted in the creation of the Choice is Yours Program, which allows students living in poverty to attend schools outside of their district.

In the Twin Cities, several “integration districts” were created. One of these districts is the East Metro Integration District 6067 (EMID) created to oversee both the K-6 Harambee (pronounced “hair-rom-BAY”) Community Cultures/Environmental Science Elementary school in Maplewood and the Crosswinds School of Arts and Sciences, a six-10 middle school in Woodbury.

The East Metro Integration District itself is a collaboration of urban-suburban school districts formed to mitigate racial isolation in the East Metro area. Crosswinds and Harambee (a Kenyan word that means “working together for a common purpose”) are year-round schools with several short breaks during the year.

Crosswinds’ mission, as stated on its website, is to be “a culturally diverse education community where each student’s special talents and needs are nurtured and developed as he or she becomes a responsible global citizen and environmental steward [and] to provide academic and artistic opportunities for 6th through 10th grade students from urban and suburban neighborhoods to achieve continuing successes in a year-round program.”

One of the ways Crosswinds encourages its students to become responsible environmental stewards is to provide hands-on opportunities for students to grow and harvest the school’s own food. It has a 7,000 square-foot garden where students plant, grow and harvest vegetables that are used in their school lunch program. Per its website, this year’s harvest included “lettuce, radishes, onions, pumpkins, corn, peppers, swiss chard, strawberries, raspberries, beans, squash, peas, and several varieties of tomatoes.”

The school also has a butterfly garden, which utilizes “Minnesota native plant species that bloom from late May through September and attract and provide habitat for butterflies, birds, and bees. This portion of the garden covers about 830 square feet.” The school also contains a 2,500 square-foot tree nursery.

The Integration District schools had been operating well since 1998 until, starting in 2011 and only ending this past spring, an outside faction consisting of the EMID board and members of the state legislature arose that sought to convert the schools. The roots of the struggle began even earlier when former Minnesota governor Jesse Ventura’s administration and the state legislature oversaw decreases in public school funding, a situation that continued under Ventura’s successor, Tim Pawlenty. School districts were left looking for other funding sources.

The Integration District schools, especially Crosswinds, its students and building, tempted another district in search of additional resources to launch what amounted to a takeover attempt beginning in 2011 that culminated in a 2013-14 legislative contest. Had it been successful, the takeover would presumably have negated the intent of the original out-of-court lawsuit settlement.

Eric Celeste, a parent of students who have attended Crosswinds, was intimately involved. “Maplewood left the collaborative in 2008,” he recalled. “EMID Families was formed. We wanted Maplewood to stay in the collaborative. We created a campaign called ‘622 — We Love You,’ [622 referring to the Maplewood School District 622]. We started a website and we started organizing as families around that.

After a sustained, protracted battle to keep the school open, the EMID Families were finally able to enlist the aid of allies in the state legislature. State Representative Carlos Mariani explained that “As the legislature continued to cut funding for K-12 education, school districts were looking for all sorts of ways to be able to capture revenue.

“And the problem, if you will, with these [Integration District] schools, is that every school district that sends a student to that school loses revenue for that child. Revenue goes to the collaborative school; it doesn’t go to the district.”

Mariani continued, “So EMID decided to divest themselves from the schools, and then one school district in the East metro decided they wanted that school building. That’s why I put my foot down and said, “Wait a minute. That school building was paid for with state dollars for the purposes of racial integration. We didn’t build it for another school district to just have another school. So if you want it, at the very least, you need to pay full price for it.”

“But quite frankly, the bigger question is ‘What about this collaborative experiment and what do we know about it? What have we learned?’ And there was nothing; there was no kind of evaluation report. It was just a grab for a school.

“There was a big fight here in the legislature over it. We wound up in the end at a stalemate. I just kind of kept my foot down and kept saying I’m not going to sign off on getting rid of a racial integration school until we know how we’re going to continue to promote racial integration and prevent segregation. And two, until we learn something from this school.

“So we ended up in a stalemate at the end of the session, last session. I held a special hearing out at the school during the summer, and the board of the EMID backed off and said, ‘Okay. We’ll let someone else run the school.’”

This is part one in a two-part story. Next week: Crosswinds merges with Perpich Center for the Arts.