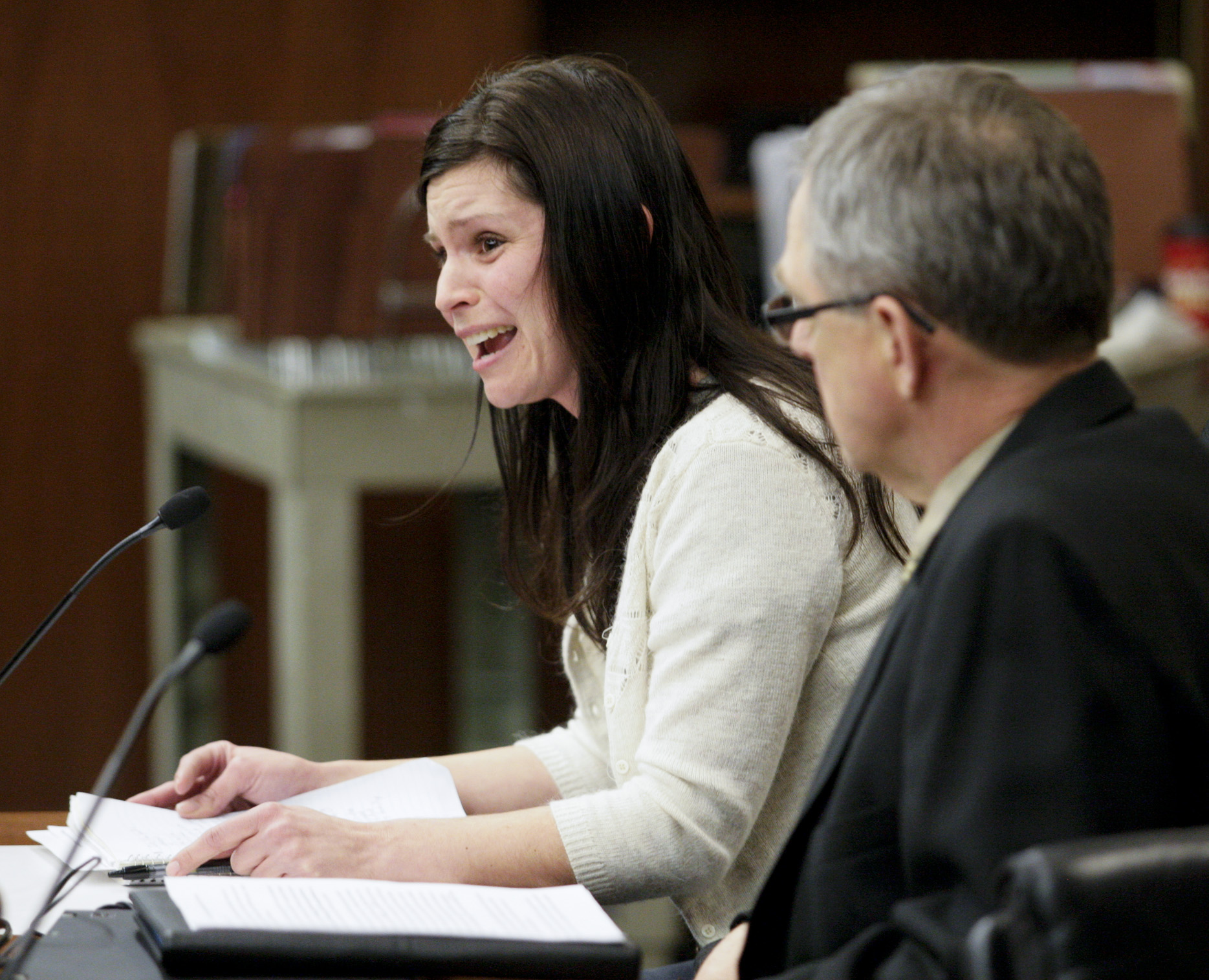 Jessica English is a homeless 34-year-old single mother of four, who attends Normandale Community College and has worked minimum wage jobs for 15 years.

“There are not enough hours for me to work in a day to afford basic needs,” English told a pair of House bodies Wednesday morning, trying to keep her emotions in check. “If I continue to work for these wages there is no end in sight. I work. I go to school. I stay up until 3 in the morning writing papers. When am I supposed to spend time with my kids? … My kids, I don’t get to see every day. Please raise the minimum wage. Please put a higher value on my work and my family.”

Minnesota’s current minimum wage is $6.15 an hour for large employers and $5.25 for small ones. However, many workers receive the federal minimum wage of $7.25 an hour.
The House Select Committee on Living Wage Jobs and the House Labor, Workplace and Regulated Industries Committee jointly took public testimony on a proposed minimum wage increase. No action was taken; however, the labor committee is expected to vote on HF92 Thursday.

An amendment is expected to be offered to Winkler’s bill that would incrementally increase the state’s minimum wage to $10.55 an hour for large employers by Aug. 1, 2015, and $9 per hour for small employers. Beginning in November 2015, the minimum wage would be increased annually based on inflation.

Speaking in support of the bill was a representative of labor and recent college graduates trying to make ends meet while working at a minimum wage job because they can’t find employment in their field.

“Raising the minimum wage right now is more important than ever. Minimum wage increases stimulate the economy by increasing consumer spending without adding to state and federal budget deficits. Consumer spending drives 70 percent of the economy, and increasing demand is key for jump-starting production and rehiring,” said Jennifer Schaubach, legislative director for the Minnesota AFL-CIO. “A raise in the minimum wage puts money into the pockets of low-income consumers who immediately spend it at local businesses.”

In addition to noting the state’s minimum wage was last raised in 2005 and ranks 45th in the nation, Schaubach said raising wages will help reduce employee turnover.

Among those speaking against a wage increase were a grocer and representatives of the Minnesota Chamber of Commerce, the Minnesota Grocers Association and a staffing group.

Their arguments included that higher labor costs could mean fewer entry-level jobs, fewer hours for employees, increased costs for consumers and a reduction in capital investments or hours of operation by small-business owners.