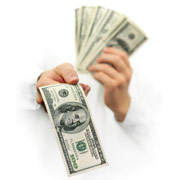 I’ve argued in the past for the usefulness of congressional earmarks, especially in federal infrastructure programs. I seemed to have lost that debate as sentiment turned—across the policy spectrum and from the White House to Capitol Hill—against legislators championing projects their local constituents want.

The backlash came after newly empowered conservatives in Washington ran up the earmark tab to unprecedented heights beginning in the 1990s. Their Bridge to Nowhere in Alaska—which was never built as its erstwhile advocates ran for cover—became a poster child for out-of-control government spending.

But now, as Congress remains gridlocked over economically vital transportation investments, some conservatives are changing their tune.

U.S. Rep. Mike Rogers of Alabama told a closed-door meeting of fellow Republican congressmen last month that that they should bring back the so-called pork barrel.

“There was a lot of applause when I made my comments,” Rogers told Reuters. “I had a few freshmen boo me, but that’s okay. By and large it was very well embraced.”

Some conservatives are bristling under an earmark ban that transfers all project decisions to the executive branch, which for now is led by a progressive. “I think there’s a way that it can be done that we take back the purse strings that the Constitution gives us without just handing sacks of money to the president,” said U.S. Rep. Louie Gohmert, R-Texas.

But Rogers really hit the nail on the head when he said the absence of “member-directed funding” is making it impossible to gather a House majority in favor of a long-term transportation bill. “You can’t get 218 votes and part of that has to be if you can’t give people anything, you can’t take anything away from them,” said U.S. Rep. Steven LaTourette, R-Ohio. Instead, another three-month extension of current transportation funding was just enacted, the ninth such stopgap since the law expired in 2009.

House Speaker John Boehner has acknowledged that a lack of earmarks makes his job of rounding up votes more difficult. He reportedly is considering forming a task force to study earmark reforms, but that probably won’t happen until after the November elections.

Experienced politicians know that important public investments like roads, bridges and transit can’t happen without legislative give and take. A highway earmark in a GOP district was needed to pass Minnesota’s first transportation revenue increase in 20 years in 2008, and every state capital investment bonding bill includes lots of home-district projects to garner the 60 percent supermajorities required.

That’s the representative democratic process. As Winston Churchill once said,”it’s the worst form of government except for all those others that have been tried.”