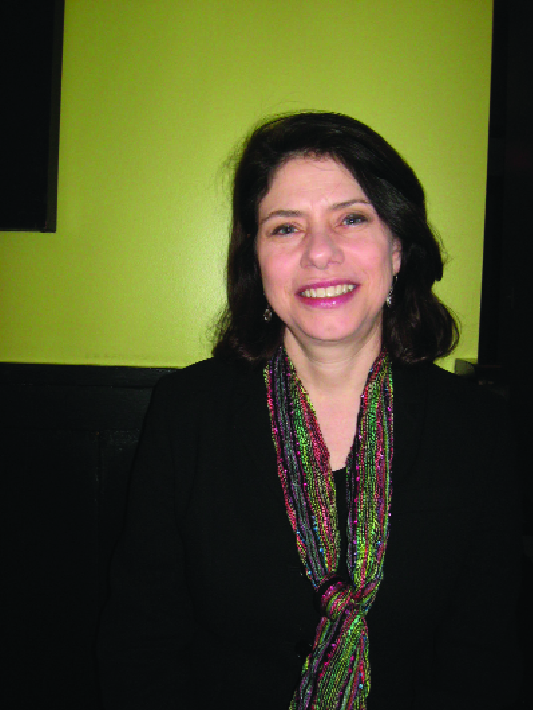 As the freshman senator for District 59, Kari Dziedzic is starting on the “garden” level in more ways than one. She has only one staff member in her lower level State Capitol office, in contrast to her predecessor, Larry Pogemiller—former majority leader when the DFL party ruled—who had multiple staff members.

But Dziedzic, who has been in office just over a month, said she is pleased with her two committee assignments: Jobs and Economic Growth, and Environment and Natural Resources. She also serves on a sub-committee for government reform and redesign.

“Everybody is concerned about the economy,” she said, adding that she looks forward to hearing Governor Dayton’s proposed jobs package. She talked about a Minnesota program that helps veterans find jobs, especially National Guard troops returning from Iraq. State employees work with troops on-line to help them get their resumes ready, and also determine how many might return to former jobs. The state is working with MnSCU (Minnesota State Colleges and Universities, a statewide system of community colleges, state universities and technical colleges) to offer college credit to veterans for their military training. Unemployment for veterans is high in Minnesota, she added. While returning veterans in other states might find jobs at local military bases, Minnesota doesn’t have any bases.

“Here it’s the National Guard, and they can’t transition back to the guard,” she said. Getting the schools involved is important because some job fields opening up such as machinists (through a recent spate of retirements), require applicants with college-level math skills.

The Environment and Natural Resources committee has been discussing aquatic invasive species in Minnesota’s lakes, including Asian carp, milfoil and zebra mussels. Dziedzic said, “The U [University of Minnesota] is doing a lot of research, and partnering with the DNR [Minnesota Department of Natural Resources] to determine the species’ weaknesses [in order to control them].” Left uncontrolled, milfoil will kill off an entire lake, she added, which severely impacts the state economy.

She said she has re-introduced one of Pogemiller’s bills, which didn’t pass last year, to redevelop the Brian Coyle Center in South Minneapolis. She also worked on a bill to maintain the City of Minneapolis’ deteriorating 10th Avenue bridge, believing that “it is better to spend $7 million now [for repair], than wait and have to replace it for $120-plus million.”

When asked what advice her father offered when she took office, she said, “He told me to work hard and return my phone calls. I share his passion for this area.” Her father, Walter Dziedzic, is a former Minneapolis police officer, First Ward Minneapolis City Council Member, and Minneapolis Park and Recreation Board Member.

Kari Dziedzic, who worked as a policy aide to Hennepin County Commissioner Mark Stenglein, said that the pace at the state seems faster; in her early weeks (although she added that it’s gotten better recently), senators were being asked to vote on bills that they hadn’t seen until that morning. “County commissioners typically had at least a week to ask questions.”

Dziedzic’s legislative aide Orrie Salper said that recent redistricting by the courts made no major changes to District 59 (though it will be re-numbered as 60), which includes all of Northeast Minneapolis and the University of Minnesota campus. “The district gained the Seward neighborhood in Southeast. Formerly, the Southeast border was Franklin Avenue. Now it’s East 24th,” he said, which is four blocks farther south.