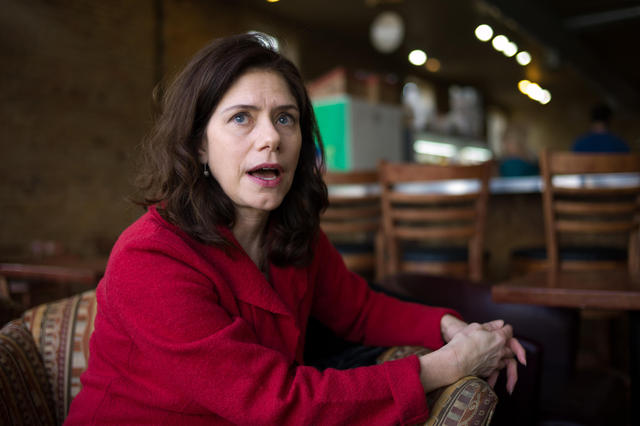 Kari Dziedzic got her first taste of politics as a fifth grader.

The daughter of former longtime city councilman Walt Dziedzic, she has lived in Minneapolis for almost her entire life. On Tuesday, she’ll run to represent the district in which she was born and raised in the state Senate.

Dziedzic will square off against Republican candidate Ben Schwanke to replace Larry Pogemiller, who represented the area for 30 years before he stepped down to become director of the Minnesota Office of Higher Education.

In December, she won a competitive Senate District 59 primary in a field of four other Democratic-Farmer-Labor candidates. The district includes the University of Minnesota area and stretches from Cedar-Riverside to north Minneapolis.

Politics have always surrounded Dziedzic, who said she is ready for the challenge of holding public office herself.

If she wins, it’ll be her first time holding an elected office.

But Dziedzic has worked on political campaigns — ranging from Al Hofstede’s run for mayor while she was a fifth grader, to riding the bus to Washington, D.C. with late U.S. Sen. Paul Wellstone as an assistant after he won his first campaign for office.

Rep. Phyllis Kahn, DFL-Minneapolis, said that she is “very comfortable” with the thought of Dziedzic as senator.

“She’s obviously not going to start with the expertise that [Pogemiller] has, but that happens every time there is a change,” said Kahn, who has been in office for 40 years. “She’s smart and she’s capable.”

The attraction of politics

After graduating from the University of Minnesota with a degree in mechanical engineering, Dziedzic was set to interview for a job with Frito-Lay but was offered a position to work with the recently-elected Wellstone in Washington D.C.

“I was planning on going out in the real world and making money but D.C. was just a little more exciting,” Dziedzic said.

The time she spent with Wellstone influenced Dziedzic and her view on politics.

After her time on Capitol Hill, she worked on gubernatorial campaigns for Mike Freeman in 1994 and 1998 and for Roger Moe in 2002.

Dziedzic currently works as a policy aide to Hennepin County Commisioner Mark Stenglein, who said that Dziedzic’s time at the county will serve her well in Senate.

The Senate District 59 special election moved rapidly. Candidates had just three days to decide if they wanted to run and roughly a month before the primary to organize and campaign.

Still, the race attracted a slew of candidates with name recognition and high-profile endorsements.

Humphrey School of Public Affairs professor Larry Jacobs, previously said that because of the brief nature of the election, it was “less about candidate personality and more about organization.”

Within two hours of applying for candidacy, Dziedzic’s campaign raised $10,000, she said. Two days later, 50 to 80 volunteers were door-knocking and calling constituents.

Her family ties helped bring fire and police unions to support her campaign. Dziedzic’s father was a Minneapolis police officer for 16 years, and two of her three brothers are Minneapolis fire fighters. Her connections within Hennepin County also attracted support.

“I think in this time of conscientious politics, someone who clearly gets along with a wide range of people is going to be very successful,” Kahn said.

If elected, Dziedzic will enter the Senate at a time when relations between the two major political parties are strained.

Dziedzic said she will approach that conflict from a different perspective.

“You treat people the way you want to be treated. It’s listening to [the Republicans’] ideas too and not just throwing them out,” she said.

Dziedzic said that raising taxes on the wealthiest 1 percent would be her first priority in the Senate, as well as increasing funding for higher education.

Dziedzic said she wants to have close ties with the University of Minnesota through internships, on-campus office hours, and working with student organizations.

Dziedzic is enthusiastic about her potential to serve in the Senate, but acknowledged that there will be a learning curve.

“I’ll be in the minority, bottom of the minority actually, so it will take some time,” Dziedzic said.