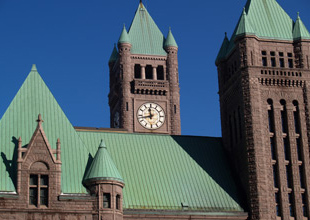 If Minneapolis Mayor RT Rybak decides not to run for a fourth term, 2013 is going to be an interesting year in our fair city. Otherwise, not so much.

Yes, there are going to be competitive races in Wards Three and Ten. Jacob Frey is challenging Diane Hofstede in Ward Three which covers parts of north and northeast Minneapolis. Lisa Bender, Ken Bradley and Kendal Killian are challenging Meg Tuthill in the Tenth which encompasses Uptown and the Wedge. But all Council Members are running for reelection at this point so it’s not as if I can foresee any open seat free-for-alls.

But free-for-all is the apt description of the Mayor’s race if Rybak seeks new challenges.

If it’s a free-for-all, I can envision four to six serious candidates joining the fray. Consequently, I can’t see anyone winning DFL endorsement at the DFL City Convention. As a matter of fact, I think a blocked convention is a certainty.

Without endorsement, no candidate will have a distinct advantage over any other. Remember, there won’t be a primary. They’ll all run in the Instant Runoff Voting election in November.

The four to six candidates will have to run general election campaigns starting immediately after the city convention. They’ll all vie for labor and progressive group endorsements.

The key campaign events may not be the convention and primary as in previous years, but the Take Action Minnesota screening and the Central Labor screening (or maybe the individual unions). And the forums. And the debates. Possibly endless forums and debates as each interest group and neighborhood hosts their own.

To further make the Mayoral race exciting, there could be a half dozen perennial, no-hoper and nut job candidates joining in the fun. They’ll at least provide some levity to the endless forums and debates.