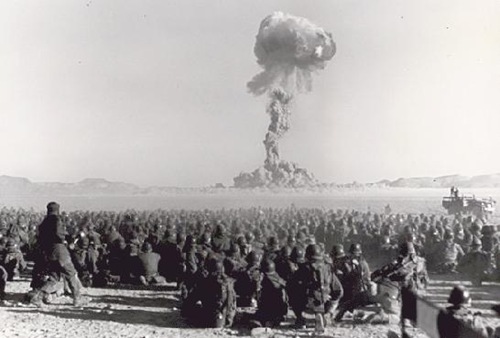 Another mass shooting, this time outside the Empire State Building, two dead, a dozen wounded. Next week – or  the week after – there will be another, then another soon after, and so on. This we know for sure.

The escalating violence in this country reminds me of an encounter I had with a psychologist from Belgrade in the summer or fall of 1990. This was a few years after Tito’s death, at the beginning of the breakup of Yugoslavia and the onset of civil war.

In a light Slavic accent, the man related a couple of stories that seem germane to present day America.  The first was about attending a national convention of psychotherapists a few months earlier during which the top topic of conversation was a report on an upsurge of dreams involving wolves among patients being treated by Yugoslavian therapists.

It should be clear to everyone that dreams about wolves — or whatever our version of wolves might be — are on the rise in this country and, as for guns, well, you don’t even need to queue up for them. Just order them off the Internet or go to a private gun show, and don’t forget to buy that extra large clip and 6,000 rounds of ammo that you’re going to need when you go out to hunt, um, wolves

What’s happening now in this country is as inevitable as the violence that broke out in what had been Yugoslavia and then went on to rage for nearly 10 years, taking thousands of lives, most of them civilian. We live in a country that has been at war or preparing to go to war since 1941. A country where the entire Baby Boomer generation suffers from a case of collective PTSD, having been brought up to believe that it was not a question of if, just when, the U.S. and the Soviet Union would engage in a fight-to-extinction nuclear war and that tens of millions of American civilians – maybe 100s of millions – would be incinerated on the spot or doomed to die a slightly slower, but still agonizing death from radiation poisoning.

This is a country with a growing sense of economic desperation and a mass media and political system currently dominated by demagogues preaching hatred and fear. This is a country that, since the end of WWII, has been an active, though often off-stage, party to coups and civil wars and other forms of organized violence elsewhere in the world that have, by conservative estimates, claimed several million lives. This is a country that continues to bankroll, arm, and provide political cover for Israel’s obscene apartheid scheme for the Palestinians, and that, just in the past 10 years, initiated two wars of aggression that caused the deaths of hundreds of thousands of civilians and several thousand of our own troops, while harvesting for ourselves a bounty of psychologically crippled veterans who come home to find limited opportunity, lack of proper care for their spiritual wounds, and a cacophony of voices preaching hatred and vengeance.

Just as in Europe in 1914, the chickens of American Imperialism are coming home to roost and unless we figure out some effective way of reforming our society, we are cooked. That effort will have to go well beyond engagement in electoral politics and must include a direct — and forceful — confrontation with the wolves who run our country today.

This is the real issue facing us. Not whether Social Security and Medicare will be destroyed right away or allowed to rot on the vine a few more years. Not whether the top 1 percent pay even less in taxes than they do now. Not whether gays and lesbians will be able to marry.  No. The real issue is whether we have the time and the will to fashion a civilized, livable country out of the mess we have created for ourselves.