“Just say ‘No!’.” Drugs have not been discussed frankly and openly in US politics since the Controlled Substances Act of 1970 was passed. The framework passed then set up five categories or “schedules” of drugs based on their medical use and potential for abuse and how they would be regulated. Over the years laws that reinforce this regulatory structure have been passed and criminal penalties raised and lowered, but the basic concept has remained solid.

Since that time, however, many changes have occurred on the fringes of “drug” use in the US. Tobacco use has been banned from most public places and drinking ages were raised to curb their use. Prescription drug abuse has become an epidemic. Caffeine consumption has roughly tripled and is now available in high purity. Even marijuana, criminalized since 1937, has become de facto legal in several states.

Treatment programs are available for anyone who wants to stop using any of these “drugs”, but some of them have to watch out for the laws that stand in their way. Is it time to completely revamp how we regulate and criminalize “drugs”? 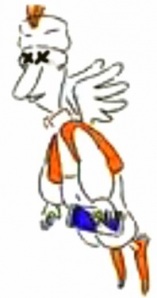 Of all the changes that have taken place in the substances Americans use to control the ebb and flow of their lives, none is more glaring than caffeine consumption. People have suspected that coffee is bad for you at least since it was first introduced to the developed world about 400 years ago from Arabia, but nothing has ever been proven conclusively. Today, the average American drinks 3.1 cups of coffee per day and gallons of caffeinated soda per year. Energy drink sales are around $8B per year. If that still isn’t enough jolt, you can buy liquid caffeine to slurp into any beverage for a “mind blowing 500mg of caffeine” (about 3 cups of coffee).

People have died from too much caffeine, but the market is completely unregulated in any way at all. Should it be regulated? If so, how? If it is not regulated, then how can we justify criminalizing marijuana?

The last question may seem like a leap, but since 1996 “medical” marijuana has been available to anyone who sees a certain “doctor” in California. In practice anyone can legally buy marijuana for personal use and not worry about a thing once they jump through a few hoops. Sixteen states now have such laws in place, but none has gone as far as Colorado, which takes in $2.2M per year in taxes on the stuff. A ballot measure this year would completely legalize marijuana and get rid of the “prescription” system in place now, and has a good chance of passing.

Contrast that with New York, where walking through a park with a lit cigarette can get you a $50 fine.

Much more can be said on this vast topic. By some estimates the largest percentage of those addicted to drugs are using prescription drugs. And there is a terrible civil war in Mexico, likely to spread to other nations, between the police and drug traffickers mostly running marijuana. The policies we have in place simply do not make sense any longer and do not reflect the actual attitudes and use by Americans.

What is the right policy? While researching this topic I was looking for anyone who had some ideas on a comprehensive framework that took into account all the changes in how we use various drugs and how we treat those who are addicted. I could not find any such thing. Drugs of all kinds have to be added to that long list of things that we have been unable to have a rational dialogue about in order to produce a functional system that reflects our current values and habits.  But there has to be someone, somewhere, who has a few very good ideas (even if I can’t find them on my own).

So why not start now? How should we regulate “drugs” – or what should be the criteria for deciding what is regulated? What is the real public need to regulate at all versus when is drug use simply a personal choice? How should treatment for addiction be handled when it becomes an issue?

I would love your opinions, and especially any links to articles that you may have come across. Thanks.