Random drug testing requirements for the Minnesota Family Investment Program could see some changes by the end of the legislative session.

Currently, in certain cases, those convicted of a felony drug offense must undergo random drug testing to participate in the program. The requirement took effect in July 2013; however, Rep. Rena Moran (DFL-St. Paul) wants to change the provision so that it is no longer required, but permitted, if the county chooses to administer the drug test.

Rep. Jim Abeler (R-Anoka) said that the requirement for drug testing was not meant to be punitive. He wondered if there could be a program that would serve outreach and rehabilitative purposes for those dealing with drug addiction.

Rep. Tara Mack (R-Apple Valley) agreed and said she saw drug testing as a way to identify those who are struggling with substance abuse.

The number of people who test positive for drugs as a result of the testing is small, said Rep. Tina Liebling (DFL-Rochester), the committee chair, and counties have to fulfill an unfunded mandate. Additionally, the current bill does not provide resources or help to those who test positive, she said. 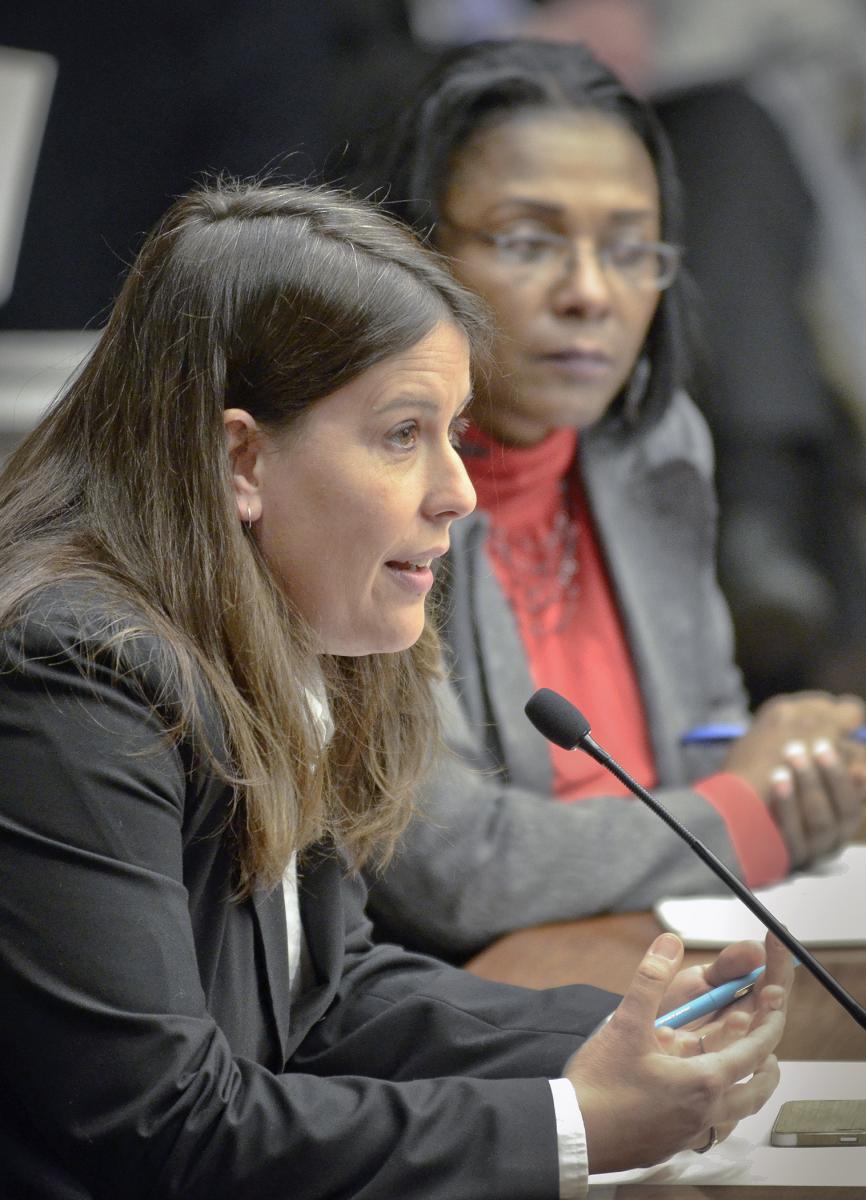 Jessica Webster, staff attorney at Minnesota Legal Aid, said the law affects people who have moved on with their lives in the years since their convictions. She also questioned the constitutionality of the law and said the cost to counties to conduct drug tests is high.

Counties want to have flexibility in the use of their resources, explained Julie Ring, executive director of the Association of Minnesota Counties.

Right: Jessica Webster, staff attorney with Minnesota Legal Aid, testifies before the House Health and Human Services Policy Committee for a bill that would modify the drug testing requirements for some people receiving general assistance. (Photo by Andrew VonBank)