Despite the day-long drizzles, the 22nd Czech & Slovak Festival held at the Highland Pavilion in St. Paul September 18 remained a fun and exciting celebration. Hundreds braved the weather to enjoy a játernice (pronounced ya-ter-nit-sa), a hot Czech sausage, cups and gallons of Booya, traditional beer, and a couple of sweet Kolache.

The vendor and information booths outside the pavilion got wet but remained open the entire event. Traditional dance groups in all their colors and glory made their appearances at 2:00 p.m. A puppet show enacting Little Red Riding Hood done in the Czech language delighted the crowd, said Joyce Tesarek, one of the event organizers.

Music groups played traditional music throughout the celebration. Festival-goers in their colorful Czech and Slovak costumes, adult couples, and a group of youngsters couldn’t help but dance to the Slov-Czec Trio, actually a quartet for the event, which provided lively music to the end of the event. The dancer groups participated, by invitation, at the DoZinky Festival on Saturday, another 20-plus year annual event that promotes Czech culture and activity (held the third Saturday of September each year in New Prague). This dynamic duo allowed celebrants, some coming from Nebraska and Iowa, to enjoy a double dose of authentic Czech Slovak food, fun and camaraderie. 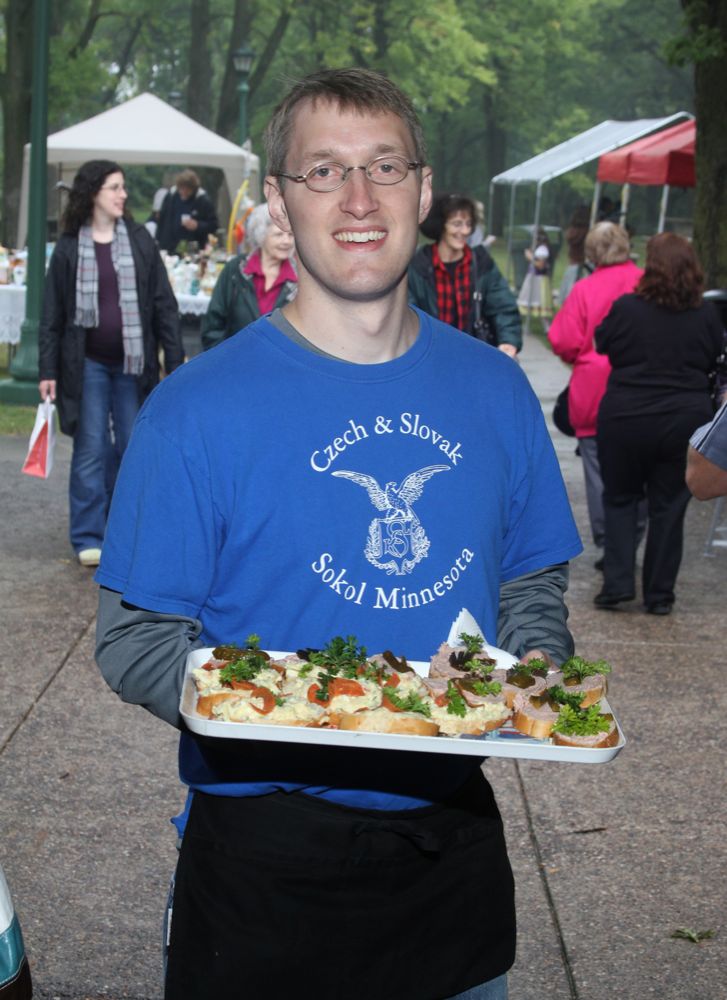 Sokol Minnesota, which sponsored Sunday’s festival, is part of American Sokol, a nationwide organization of 135 years, whose mission is to promote fitness, educational, cultural and social programs to its members and communities through its 35 American Sokol units (activity clubs) operating in North America. Minnesota, Iowa and Nebraska form its Western District. There are other worldwide Sokol organizations; the parent organization is in Prague, which is hosting an all-Sokol Sleet (mass gymnastics and activity event) in June 2012.