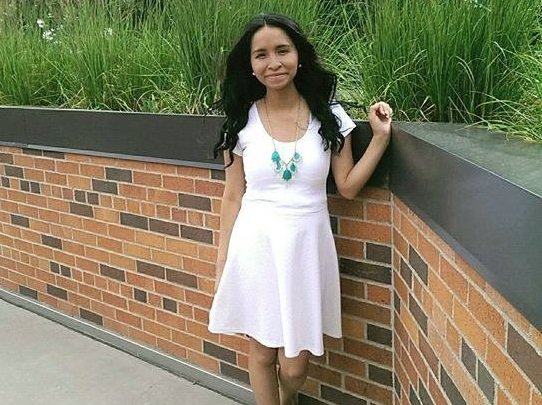 This December, you might notice people wearing more dresses than usual. For 31 days, “Dressember” ask participants to wear dresses in order to embrace the inherent freedom and femininity of all women, while fighting against crimes of sexual violence.

According to a 2013 study by the World Health Organization, one in three women age 15-49 years will experience physical and/or sexual violence by an intimate partner at some point in their lives. The Dressember foundation, which started in 2006, said they are using the dress, which is a celebration of femininity, as a flag to carve a better future for women’s freedom throughout the world.

The style challenge became a fundraising campaign in 2013 when it aligned with human rights organization International Justice Mission. Over $165,000 were raised with 100 percent of its proceeds going directly to IJM, whose purpose, according to their website, is “to protect people from violent abuse and strengthen the justice systems that protect them from the violence before it occurs.”

According to a press release from IJM, the Dressember team plans to raise upwards of $500,000 this December. “The founders of Dressember have found a creative, unique way to celebrate an aspect of femininity and include all women in an effort to battle the very serious crimes that rob women of their inherent dignity and freedom” said IJM’s global director of public relations Mindy Mizell in the press release.

According to the Minnesota Department of Health, one in 70 Minnesota children were sexually assaulted in 2005, with the highest rate among girls ages 13-17.

Since being founded in 2006, IJM has reported rescuing more than 19,000 people from violence and oppression and secured the convictions of more than 800 violent criminals.

According to Dressember’s Facebook page, twelve women from Hamline University have decided to raise awareness on sexual violence by participating in this year’s event.

Dressember member Lauren Melzer said the event can raise awareness of how women around the world are being exploited. “This is a real thing that women are affected by” she said “Most of us have the privilege of not worrying about being sold into sex trafficking.”

Melzer said she hopes that Dressember can make people stop and think about the exploitation of women. Like many women, she said, she’s been catcalled and looked at like a piece of meat and has been a sexual assault victim on more than one occasion.

“It’s a heavy topic that most people shy away from,” Melzer said. “But I’m hoping to make people stop and think about it and hope they might fight decide to do something about it too.”

Brooke Wallington said she will also be participating in Dressember next month since she thinks it’s really important to stand up against sexual assault and human trafficking. “These are really crimes against women for being women” she said. “I have been fortunate in my life to never experience these directly, but that doesn’t mean I get to be complacent.”

Olivia Haidos said Dressember gives the average person a chance to participate in fundraising and nonprofit work in a new and fun way. But Haidos said she’s debating about registering with Dressember because of last year’s alliance with IJM.

“I personally do not agree with some of [IJM’s] tactics” said Haidos. “IJM is a faith-based organization that has been criticized as coming from a savior perspective rather than working with the populations they purport to serve.”

Haidos said that IJM’s work of raiding a brothels and removing women from the brothel is one of the cases that does more harm than good. “Even though the systems of oppression make it such that these women may not have a choice, in removing them from the brothel IJM is also taking away their source of income” she said.

IJM’s states on their website that they are “a community of Christian leaders advancing solutions for overcoming injustice, sharing ideas, resources and tolls for seeking justice and moving the body of Christ into action.” In September, IJM reported rescuing six girls from a brothel in Mumbai India.

Wallington said her only hesitation about Dressember is the weather, but hopes wearing a dress in the cold will help spur conversation.

“At the very least, I hope that it will go to show that people really care about these issues and are willing to put themselves in uncomfortable situations to say something about them” she said. “I’d love to be able to say I’m doing this to raise awareness about something really important to me.”