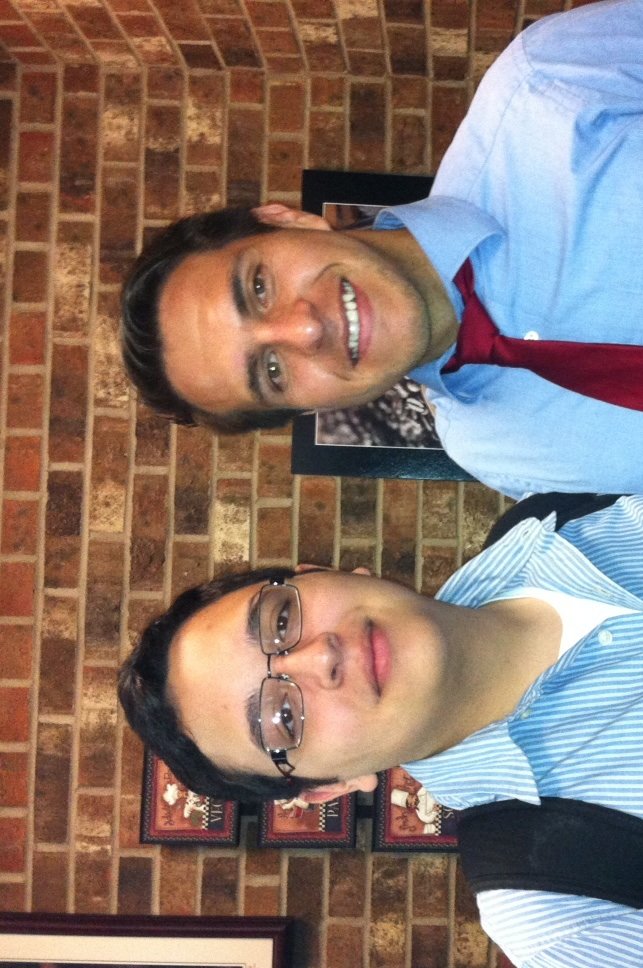 “It wasn’t talked about. It was very hush-hush. The college process…no one would do it. I was alone, “said DREAMer Luis Hernandez, reflecting on his college admissions experience. “I had never met another undocumented student or at least no one had ever told me they were undocumented outright and that they were applying to college. As we’re raised…You don’t tell anybody you’re undocumented for fear of what might happen to you or your family.” Hernandez, who was born in Mexico, arrived in the United States when he was 20 months old.

Hernandez’s story represents that of thousands of DREAMers who want a chance at a better life through higher education. The Prosperity Act, sometimes known as the Minnesota Dream Act begins to make this possible. The law was passed as part of the omnibus Higher Education bill this year, and Governor Mark Dayton signed it into law on May 23. The new law allows undocumented students to be eligible for state tuition rates at institutions within the Minnesota State Colleges & Universities (MnSCU) system as well as the University of Minnesota. These students will also have access to state financial aid programs and privately funded scholarships administered by the institutions. The law took effect on July 1.

“Students should know what financial aid and special scholarships are available to them,” said Hennepin Tech Outreach staff Juan Rangel. On July 10, Hennepin Technical College partnered with Navigate MN, Citizen’s League, Community Action Partnership of Suburban Hennepin, and the MN Office of Higher Education to convene a forum explaining the application process as well as its advantages and limitations.

“This is going to be an exciting time in higher education in Minnesota,” said Dean Nathan Stratton or Hennepin Technical College, “as we are now able to create these opportunities that didn’t exist before; open means of access to our colleges and universities and in particular support and funding for students who previously were paying out of pocket. This is an exciting time. [But] exciting times and great changes of course bring [much confusion].”

This partnership between an institution of higher education and community organizations is a formula for effectively getting the word out to students and their families about the new law and educating people on their new rights and benefits. The Community Action Partnership of Suburban Hennepin is providing legal clinics with free legal advice from interns and paralegals.

Hernandez, a graduate of John A. Johnson high school in St. Paul, is now entering his senior year at Augsburg College as a physics major and math and chemistry minor. “[In high school], the only people to graduate who were Latinos and undocumented were myself and maybe one other student,” he recalled. Hernandez says many undocumented students, including himself were discouraged from applying to college.

“For me, from high school my parents didn’t want me to go to college. It was…’You can’t get in’ or ’You won’t be able to pay even if they do accept you’. It wasn’t really something I had really wanted to attain,” he recalled. Hernandez had a coach from a college prep program called Admission Possible (now College Possible) who encouraged him to apply anyway. “My coach pushed me and forced me to go to the meetings. I don’t know why I started going if I thought I didn’t have a chance. For that little ounce of hope left in me, I decided to give it a shot. Lo and behold, I was accepted into Augsburg College,” he said.

The FAFSA is not available to DREAMers, so the Minnesota Office of Higher Education (OHE) has contracted with Access Group, Inc. to provide an online state financial aid application (www.needaccess.org) that is easy to use for students without social security numbers. This form requests parent income, not a social security number. Students receive a confirmation number that is sent to the college that will receive the state award. “There is no IRS interface. It’s about getting an accurate picture of the available income,” said Ginny Dodds, Manager of State Financial Aid Programs at OHE.

There are however several major barriers to consider in this new process. DREAMers are not eligible for federal aid, therefore they not eligible for a Pell Grant although it is factored in the MN State Grant formula. “That’s a big building block of financial aid for some people,” said Dodds. Then there is the question of who is considered an independent student versus a dependent student. There are many students who are contributing financially to their households, or even supporting their parent (s). “It’s in the student’s best interest to document all incoming cash,” said Dodds. The only loan that undocumented students are eligible for besides a private loan is the Self Loan, which requires a co-signer who must be a citizen or permanent resident.

“I don’t want to promote part-time attendance,” said Dodds. The outcome is that many students will be taking fewer credits, most likely at community colleges because that is what’s affordable.

Hernandez is excited about the new opportunities the new law will afford thousands of Minnesota youth like him. “There’s more access to certain opportunities, more now than there was before. We’re by no means on a level playing field with others but it’s certainly going to help us out more and help more students who are in this situation continue with their high education,” he said.

His advice to future DREAMers: “If you have a dream, definitely go for it! There’s no reason for you not to try. There are people out here fighting for [future students] already,” Hernandez said. He is optimistic and feels good about his role in paying it forward. “Whatever is discouraging them it shouldn’t because there’s hundreds of thousands of people working to make sure that those kids have an opportunity and we’ll do all the stuff they won’t need to do and we’ll be happy to do it as long as they get an opportunity.”