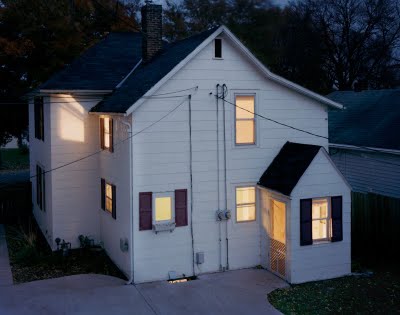 The numbers in the ongoing foreclosure crisis can be difficult to get your brain around: More than a million lost homes across the United States last year, including more than 25,000 in Minnesota (according to Housing Link). Put that data into visual form, as journalist Jeff Severns Guntzel did recently with his map of Minneapolis foreclosures, and you get a troubling, if less than human-scaled, picture.

Enter TJ Proechel, a fine art photographer who after getting his BFA at the Maryland Institute College of Art found himself doing contracting work on real estate–owned and recently foreclosed properties around the Twin Cities. His “Dream House” series, begun in 2008 and shot on those work sites, gives faces to those affected by foreclosure — sometimes emotionally so — but often the more human images are those where former homeowners are no longer present. A hand-written Post-It note of “The Our Father” left on a kitchen wall (apparently in the same home where Proechel found a wallet photo of a woman performing oral sex), a child’s stuffed dog toy, bedraggled Christmas decorations long stripped of their jubilance: the items left behind offer clues about what dreams, too — comfortable domesticity, love, Ameican dream normalcy — may likewise have been discarded. 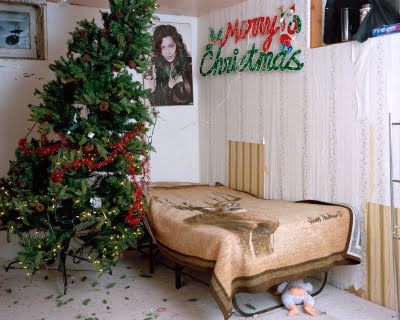 I caught up with Proechel via email recently to discuss the photos, which he says he feels “conflicted about.” With construction experience from high school and college summers he had skills that could serve well in the building trades, but the economic downturn left him with only the option of working with foreclosed homes.

“So on one hand it was my responsibility to clear out these houses and fix them up so they could be resold,” he said. “And at the same time it was shocking and emotionally taxing to be amidst people’s personal belongings. Many houses where largely vacant and cleaned out by the time I got to them, but often you could really get a sense of, and begin to shape a narrative of, people’s lives. And more often than not, people who are going through foreclosure are dealing with more than just that: unemployment, divorce, illness, arrests or countless other things that fuck up peoples’ lives.”

He said that early on it was unnerving going into such sites of sadness but eventually he grew accustomed.

“The images are voyeuristic. I wish I could say that they weren’t, but they give no voice to the individuals being depicted and no agency,” he says. 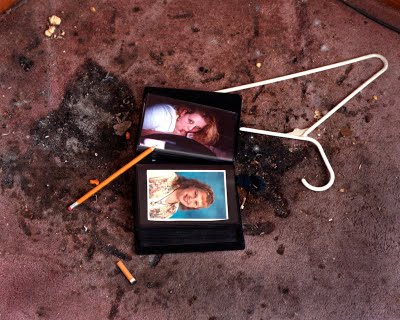 “Over time working in foreclosure, you become very desensitized to it,” he says. “When you’re responsible for maintaining 30-plus houses, that’s the overwhelming priority. And there is also something else that’s strange about Minnesota and foreclosure. This state’s foreclosure policies are much more humane than other states. The foreclosure process here starts nine months before a person has to leave their house. So individuals are more than aware what’s going on and are often resolved to the fact that they’re going to lose their house. Not to say that it’s not emotional and financially devastating, it’s just a different environment than many people imagine.” 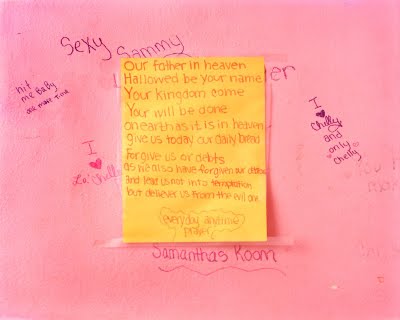 Some of the most difficult experiences involved meeting with people who had refinanced their homes into Adjustable Rate Mortgages or took out mortgages against their houses, he said.

“Usually they were older couples who were trying to get a little more money to subsidize their income and their houses were already paid off,” Proechel says. “I photographed one couple, Joe and DeAnne, who had lived in their house for 40 years before they had to leave.” 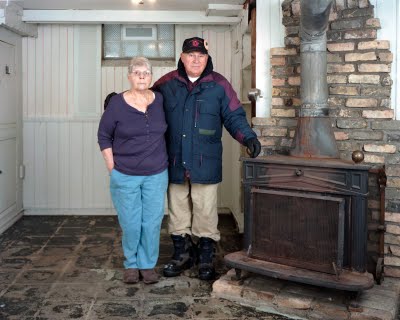