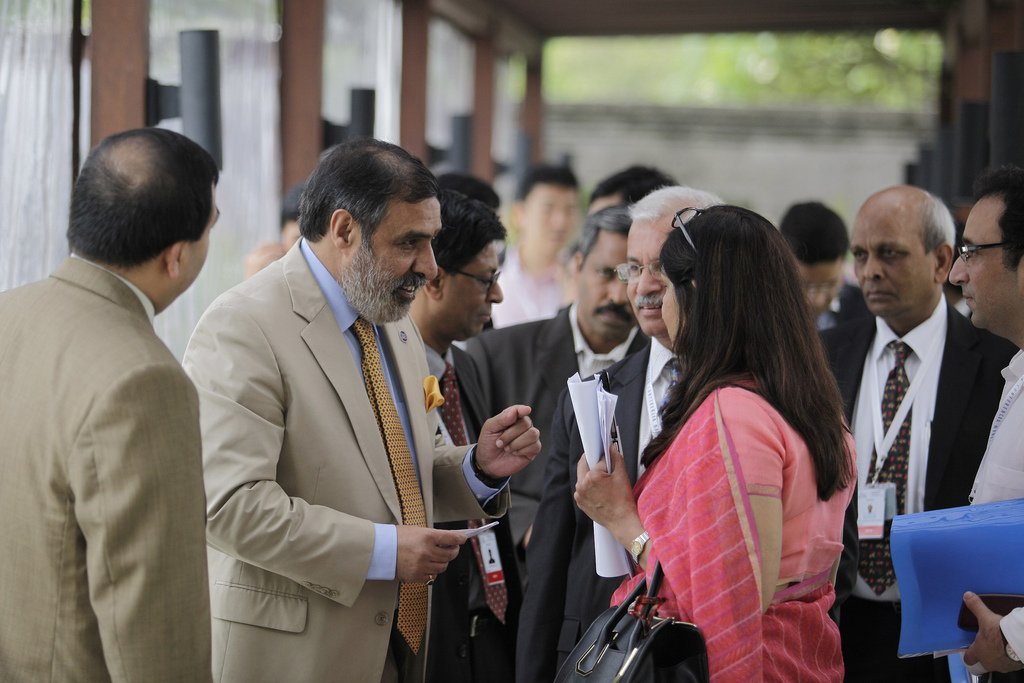 The WTO’s “Bali Package” was supposed to have been adopted this early morning of December 7 after trade diplomats rolled in for a final meeting at midnight. Earlier in the evening, at 8:00 p.m. on December 6, the WTO secretariat had shared a set of decisions proposed by the chair that comprise the Bali Package. The meeting was originally scheduled to close by 5:00 p.m.. However, at the time of this writing, Cuba, Bolivia, Venezuela and Nicaragua have said to have blocked consensus and the meeting has been adjourned. Cuba’s major issue has been language in the Trade Facilitation decision on “freedom of transit” that fails to address the problems it faces with the U.S. embargo against Cuba. The meeting has been adjourned to reconvene sometime in the next hours.

A critical piece of the package is the decision on “Public Stockholding for Food Security Purposes.” This decision took up most of the negotiating time for two central parties: India and the United States. The final decision allows developing countries a “Peace Clause” which protects them from being sued at the WTO for implementing food security programs that violate the WTO’s rules to limit spending on “trade distorting” agricultural subsidies. The decision limits the Peace Clause to “traditional staple food crops” defined as “primary agricultural products that are predominant staples in the traditional diet of a developing country member.” It also puts in place a set of criteria for annual notification and transparency about these programs, which will be in addition to existing notification requirements at the WTO. The U.S. insisted that an additional “anti-circumvention” safeguard be put in place to ensure that subsidies that do not fall under the Peace Clause but have been notified as trade distorting are not increased as a result of this exemption. Pakistan got an assurance that such programs will not “distort trade or adversely affect the food security of other Members.”

The decision represents a hard fought victory for India. Before going to Bali, the U.S. government insisted that the food security programs in question would only be sheltered for four years under the Peace Clause. In other words, India spent its entire political capital on getting the Peace Clause for an indefinite period, “until a permanent solution is found” for how to fund public food reserves without running afoul of the WTO. In the last two days of the Ministerial, India was portrayed as the main obstacle to a successful outcome from Bali, which in turn was portrayed as essential to avoid the WTO sinking into irrelevance.

An important question is whether the decision introduces a “standstill” clause for any expansion of these public programs because the decision applies to programs “existing as of the date of this Decision.” If so, this would have an impact on developing countries who currently do not have such programs and for the expansion of India’s program. This is a major concern for India’s Right to Food Campaign which wants the inclusion of other staples such as pulses under the Food Security Act. Asked about this concern and one Indian representative responded, “That’s why this is an interim solution.”

The decision calls for a review at the 10th WTO Ministerial Conference, which will be held two years from now. The decision also lays out a work program for the adoption of a permanent solution in four years time, at the 11th Ministerial. For those of us who have long felt that WTO agriculture rules are biased towards agribusiness, too narrow and imbalanced, and inadequate to address food security and rural livelihood concerns, the work program is an entry point to reinvigorate the debate about the role that trade rules must play in ensuring food security (not impeding it) and the limitations of the existing framework measured against the achievement of that objective.

IATP’s Shefali Sharma is reporting from the 9th WTO Ministerial in Bali, Indonesia.