Today at the annual meeting of the Minnesota Alliance of Peacemakers (MAP) about 60 of us heard a fascinating talk by Dr. William Beeman of the University of Minnesota on Iran. He is a man of diverse talents, including academic.

Dr. Beeman is recuperating from a recent surgery but that didn’t deter his presentation. He is an expert in his field, and it showed. 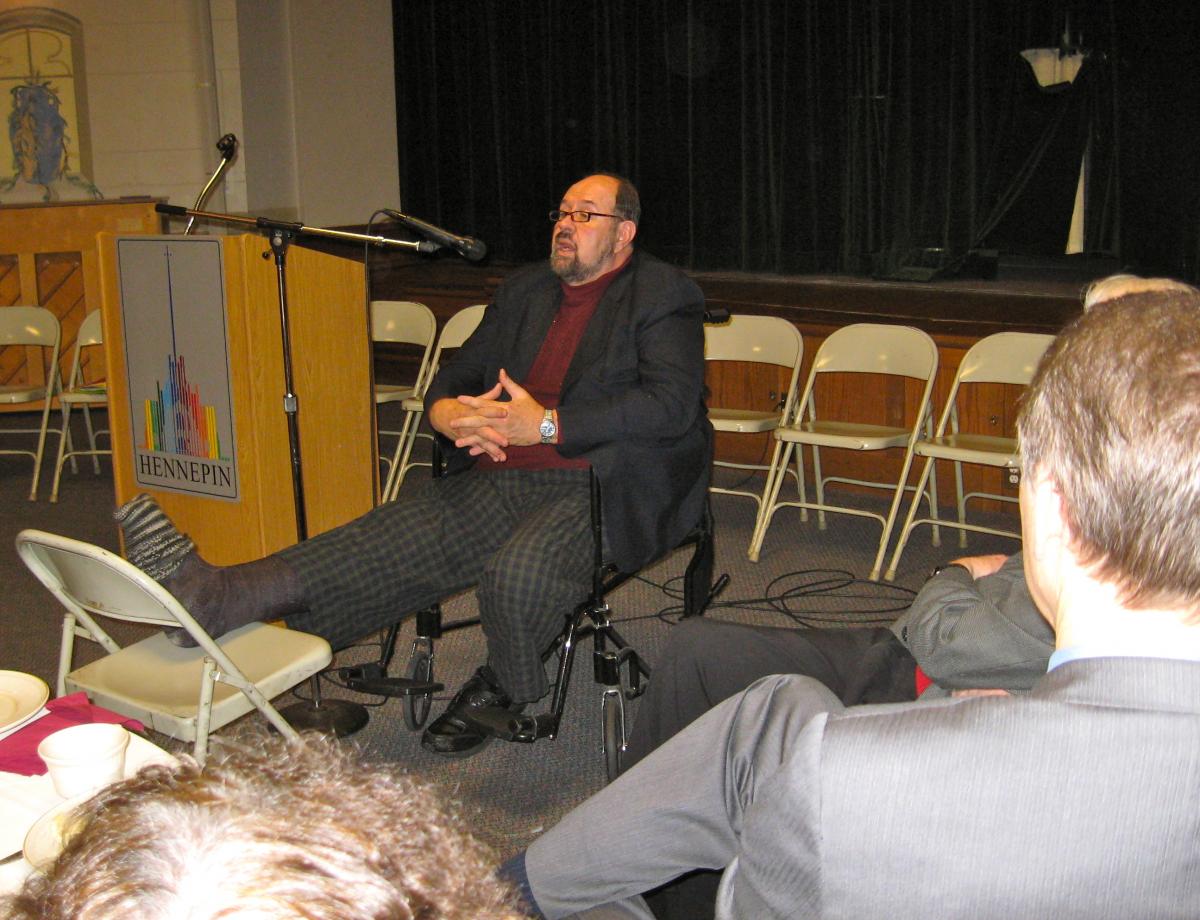 Near the end of his 45 minute presentation, Dr. Beeman addressed the title of his talk.

In his mind there is no question that this presidential election was one with big consequences for foreign policy in the Middle East. Mitt Romney’s advisers were from the neocon group which gave us Iraq; whilst Mr. Obama has an opportunity to work for a more moderate approach to the region.

But Beeman said this wouldn’t be easy: U.S. policy develops over decades and is driven by powerful people within government who continue from administration to administration. Regardless of who is elected, the ship of state is really much like a large ship – easy to see, hard to turn.

Policies we in the public might not notice can become crucial in one persons hands or in those of someone else.

And whoever is elected is torn.

But elections do make a difference.

Most of Beeman’s talk centered on the dismal history of relations between Iran and the U.S., mostly going back to our CIA’s role in the overthrow of the Mossadegh government in 1952. Since the overthrow of the Shah and the Hostage Crisis of 1979, the U.S. has had no diplomatic relations with Iran. (But Beeman mentioned that tourists can get visas to go to Iran, and he has.)

I gather that much of this history is outlined in Beeman’s book “Great Satan versus the Mad Mullahs“.

When I left the room today, I knew more about Iran than I thought I knew, and I thought I knew a fair amount. Beeman filled in blanks for me on topics I’d never really given much thought, like women’s rights in Iran; our 1970s “Atoms for Peace” program and its very integral role in the Iranian nuclear program, now a fear-monger staple.

He mentioned that since 1990, Iran seems always to have been “two years away” from a nuclear bomb. There seems a pattern.