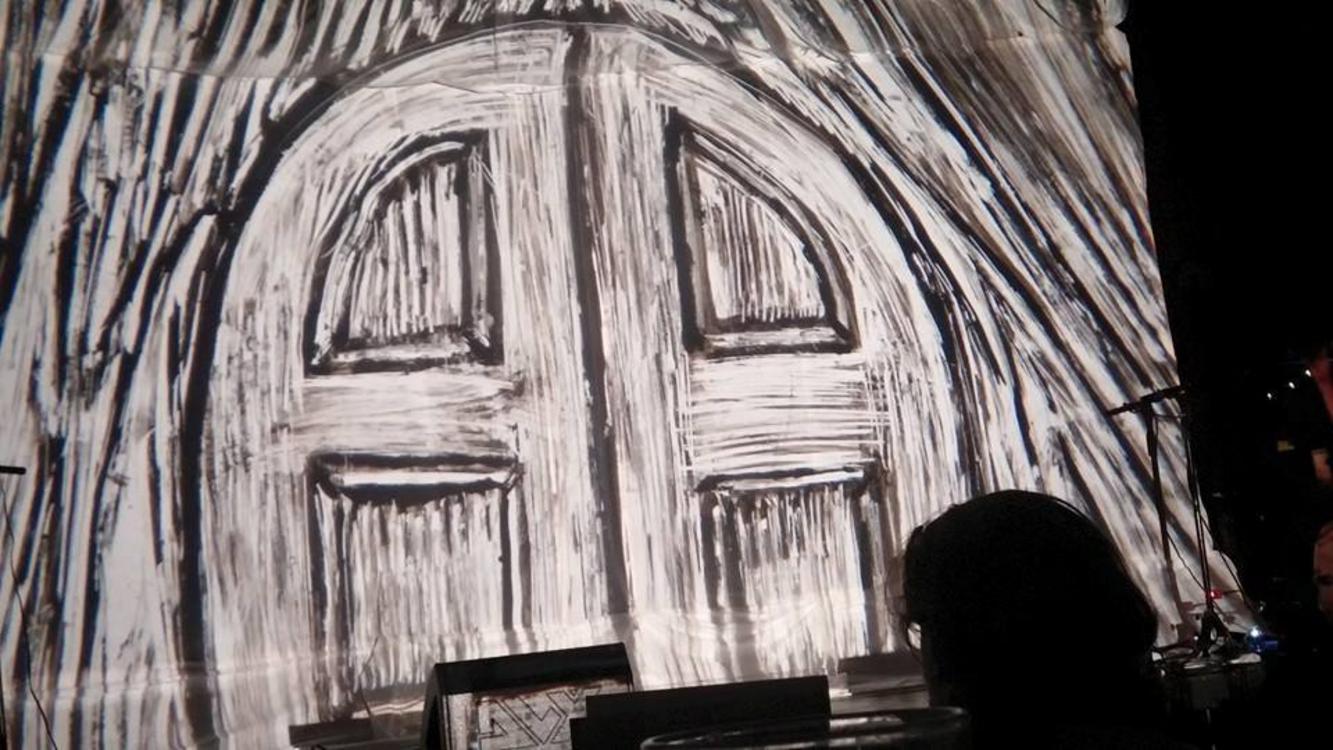 Leonora Carrington was an artist and writer. Her art is like a mashup of Beatrice Potter and Hieronymus Bosch, intricate and complicated with the nursery rhyme sweetness of Potter and dark edge of Bosch. There’s something compelling that makes you look closer. Her life reads the same way.

Born in the UK, Leonora met fellow artist Max Ernst and moved to France until Ernst was arrested by the Nazis for “degenerate art.” After that she moved to Spain where she became increasingly anxious and had a breakdown. Eventually she moved to Mexico where she wrote about her psychotic experience in her novel Down Below.

Down Below or The Womb of the World is also a shadow opera playing at Bedlam Theater; it presents vignettes from her life and work based specifically on three stories, The Hearing Trumpet, The Stone Door and The Oval Lady. It is a collaboration of puppeteer Erik Ruin, musicians Spires That in the Sunset Rise (Kathleen Baird and Taralie Peterson), puppeteer Liz Schachterle and percussionist Kevin Cosgrove.

The music and sound are chilling. But again there there’s a dichotomy of children’s tale and nightmare. Peterson has a voice like Little Red Riding Hood; where Baird sounds like a wolf. The music is otherworldly. It helps suspend belief, and helps draw the audience into a shadow puppet world, which by its nature is not realistic like a movie and yet somehow can conjure the same empathy.

I saw the story with my favorite 10 year old date. The show isn’t for every 10 year old; it’s a little scary and you have to be able to follow a story with deep edges and blurry lines. But seeing it with a kid means the drive home is going to be like an English Literature test. We discussed the motif of the stone door. And we compared the show to the kid’s book by Debra Fraiser, On the Day You Were Born.

There’s a scene in the show where the character is half dead and half born. We decided that was the limbo stage of reincarnation. Fraiser’s book has always seemed like a picture of that same limbo – only much closer to being born. We also discussed the boat of bones, which was disturbing to my date until I pointed out that maybe this was another allegory that really represented the idea that she was able to draw from inner strength to move forward.

The night began with a solo by Paul Metzger; we are big fans. Most shows start with a musical act. Sunday will be good with the International Novelty Gamelan.