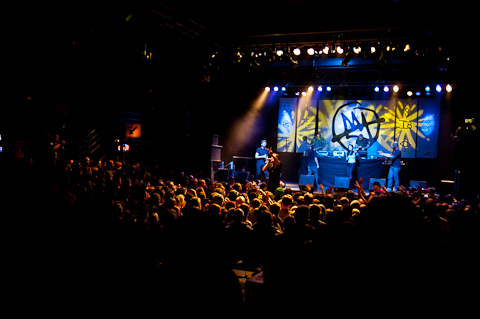 In honor of Doomtree’s seventh annual blowout, the group decided to have an entire week of shows—one show every day of the week curated by a different emcee each night. The week ended with two shows with the whole gang: a 21+ show on Friday night and an all ages show on Saturday night.

On Friday night, I got to First Ave. around 9:30 p.m. My friends and I found a spot next to the sound booth on the stairs. The crowd seemed to spawn–every time I looked away and then back at the floor, more and more people had appeared. By 9:45 p.m., the floor was absolutely packed.

Doomtree has never been one for gaudy sets and Friday night was no exception. It was simple: Lazerbeak and Paper Tiger’s set up was on a platform in front of black and white banners of the No Kings album cover. That was it, that was all they needed.

The show started off with a ton of energy. The group fed off of all the pent-up anticipation that the crowd was feeling waiting for the show to begin. It became evident that everybody was extremely excited to be there, including the band. All members looked like they were having the time of their lives whenever they were on stage dancing or jumping around, especially Mike Mictlan and Sims. They knew exactly how to get the crowd amped up, even though Mictlan was losing his voice. Whenever they took center stage, the crowd raged.

The energy of the show came in waves. They’d play some chiller, low energy songs interspersed with high-energy songs that got the crowd jumping. The songs also alternated between all-group songs and individual emcee’s songs from their solo albums. They mixed classic Doomtree songs with their newest album seamlessly.

Doomtree fans do it big–every single show sold out in presale. Those lucky enough to get close enough to the stage seemed to know every word to every song, including to those from No Kings. The crowd was hooked for the entire two and a half hours.

This show sold out for a reason. Doomtree puts on one hell of a show. 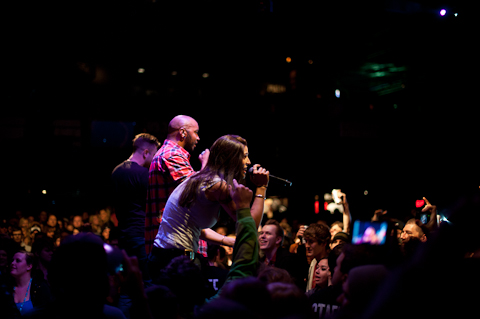 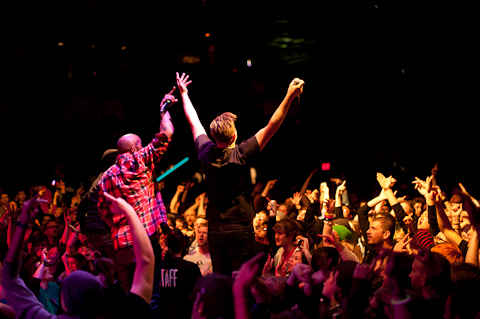 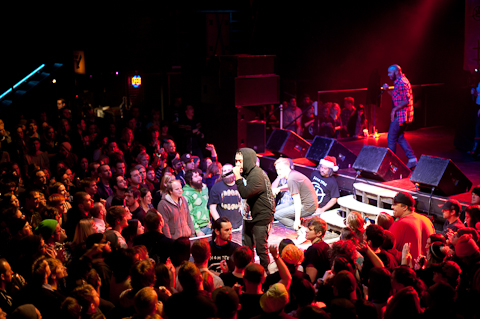 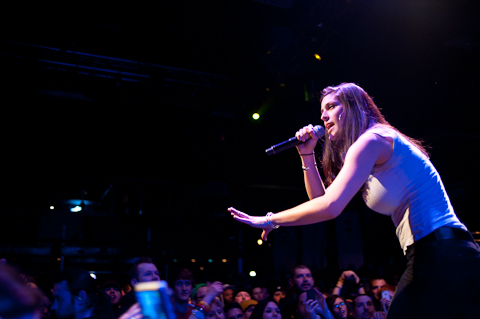 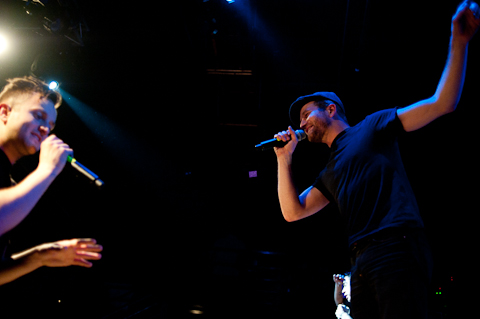 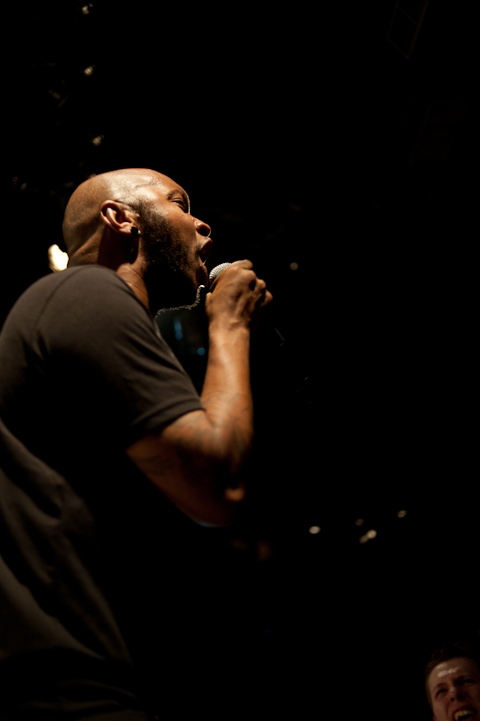 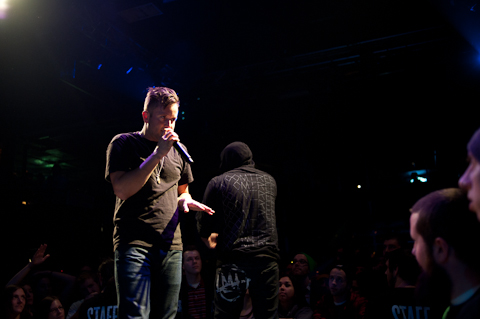 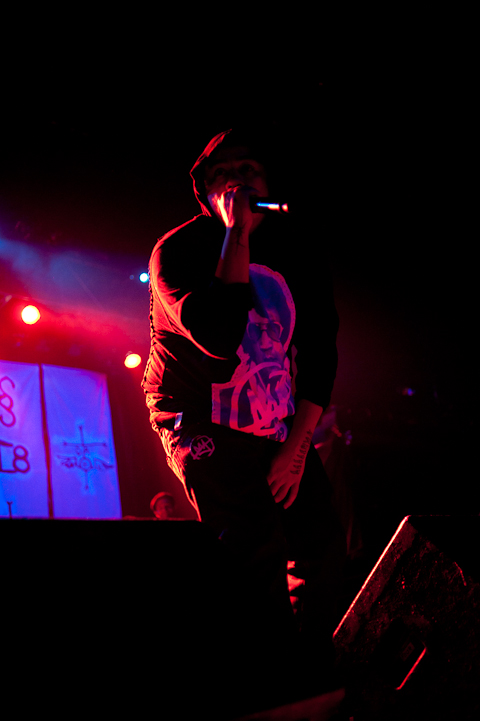 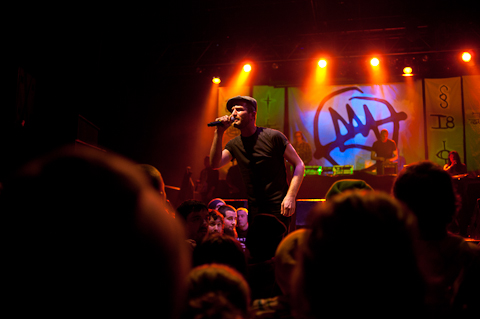 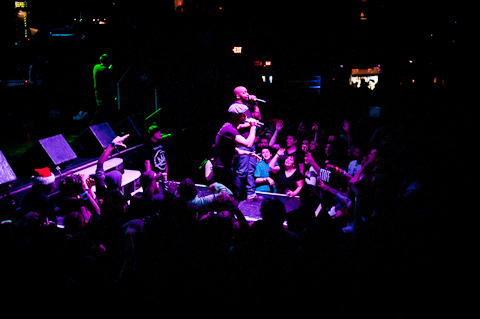 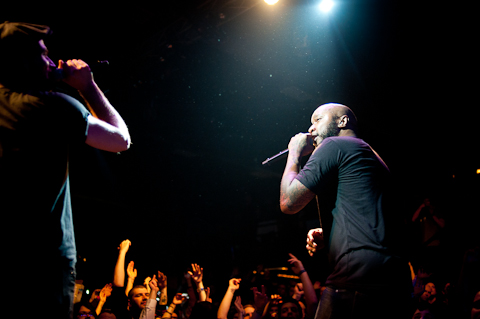 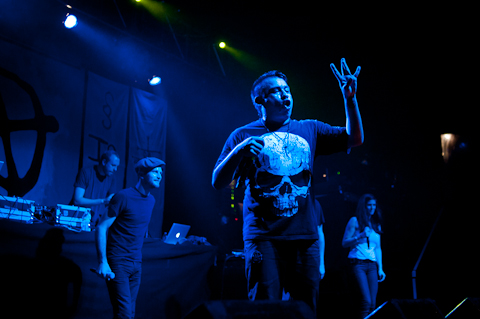 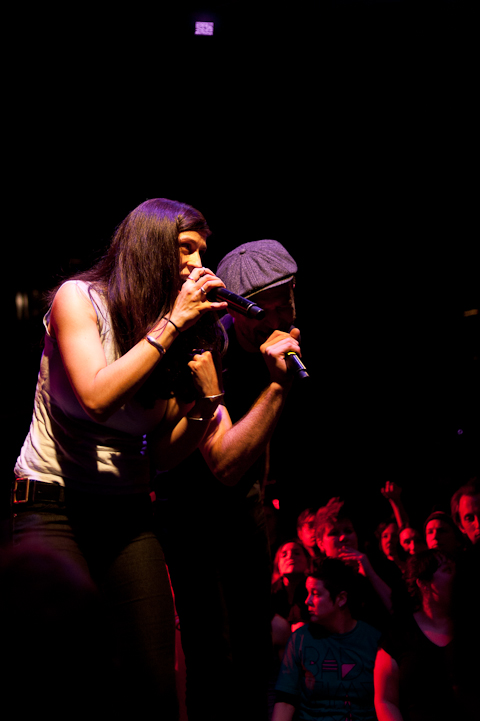 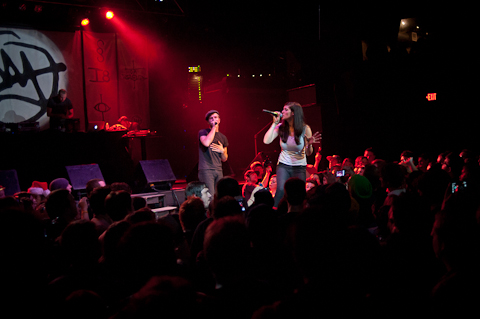