Having lived and worked in Minnesota for over twenty years, this winter, now in D.C., I experienced something new: I had my first work snow day. Though I had heard rumblings of a winter storm, it didn’t occur to me that a bit of snow would shut down the city until the news told me to stay home.

I wasn’t surprised. The East Coast just isn’t as prepared for the weather – or as hardy, if you ask me. But when I heard that back in Minnesota, where I had only one snow day my entire time as a student, that school was preemptively closed statewide due to freezing cold, my attention was piqued.

As I’ve watched the Minnesota forecast from the East Coast, I’ve realized that despite twenty plus years in residence, I can’t recall ever living through a winter as cold as the one the state’s experiencing this year. Apparently, my memory is correct: so far this is the coldest winter in Minnesota in 30 years. I’m only 26.

As with other cold snaps, the bitter cold weather hitting the nation has led some to use it as evidence against global warming. To scientists, however, our cold weather amnesia only further demonstrates the climate change that has been slowly accelerating over the last several decades.

One NASA scientist even used Minneapolis as an example. 30 years ago, Minneapolis experienced roughly 15 nights below -10 degrees Fahrenheit every year. In the last decade, that number has dropped to 4. And though this winter is a brutal one, it’s only the 17th coldest on record and not necessarily an abnormal one – just not what Minnesotans have been getting used to since the 1970s.

The new climate is a bit more evident in the more suspicious weather events – the storms that flooded Duluth in 2012, for example. Yet even these, extreme and often costly, they’re dotted in between a slowly and not always obviously changing climate experienced day to day, making it difficult to know what constitutes a rare event and what’s just part of the new normal. It also makes it harder to motivate discussions on what Minnesota should be doing to adapt. 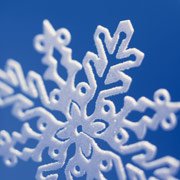 So what will Minnesota’s weather look like in another 30 years when we’ve long forgotten about this freezing winter, and what should we be doing to prepare? Meteorologist Paul Douglas is slated to help tackle this question at an event sponsored by Environment Minnesota. Douglas’s presentation, “Weird Weather: Minnesota’s New Normal? Our Changing Climate and What We Can Do About It,” will be held at Eden Prairie High School on February 18th at 7 p.m. and will feature informational exhibits from local organizations before the talk.

More information about the event, including how to RSVP, can be found here.