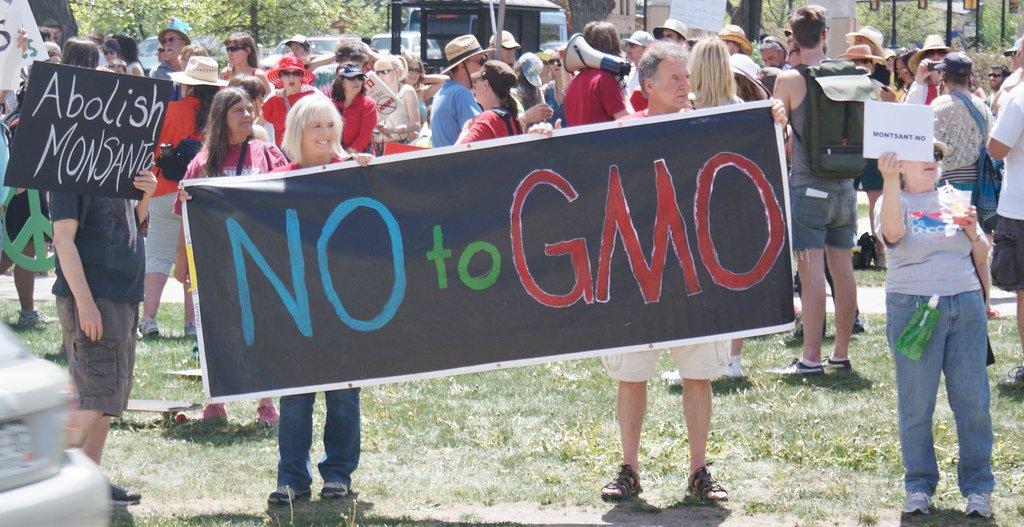 Next week the state of Washington will vote on mandatory labeling of Genetically Modified Organisms (GMOs) in food products. This is an important election and moment in the battle over GMOs, but in many critical ways, it is increasingly obvious to me that GMO opponents have already won.

News story after news story makes it clear that, even in the U.S., where the introduction and acceptance of GMOs in the fields and grocery aisles has been most pronounced, the tide has shifted. While the “war” is by no means over in a country that has genetically modified crops growing on over 60% of its total crop acres, we need to celebrate this victory. But, as importantly, we need to take advantage of the market and policy openings it provides to go beyond opposing GMOs and achieve greater overall sustainability in our farming and food system.

The most apparent signs of the change in American public opinion on GMOs are the labeling campaigns rolling around the country. Connecticut and Maine have already successfully passed labeling laws, but require neighboring states to pass complementary labeling legislation before it goes into force. The California labeling initiative on the ballot in 2012 was defeated, due in large part to overwhelming spending by the food and biotech companies that opposed it. Similar tactics and heavy corporate spending is happening in the current Washington battle as well, with the outcome still too close to call.

The labeling campaigns are the most public demonstration of this shift, but there are other, less recognized, yet very important signs of a change in public perception and the marketplace around GMOs:

Yet perhaps the most important, but least acknowledged indicator of change is the recent approval by USDA of the non-GMO verified label for meat and liquid eggs products. This USDA-approved label is a game-changer along the lines of the first voluntary labeling of Recombinant Bovine Growth Hormones (RBGH) in milk. Those “voluntary” labels quickly became de facto requirements, as consumers made clear that they were not interested in buying milk from cows injected with hormones. I believe the same will be true with the new non-GMO verified label—poll after poll indicate that, given the choice, consumers say they will choose not to eat GMO food. Now, with this label, we will finally get to see if their actual purchasing habits reflect this desire.

We need to celebrate both this victory over GMOs and those who worked tirelessly on this often lonely issue (including, but not limited to our colleagues at the Center for Food Safety, the non-GMO Project, the Organic Consumers Association, Just Label It and all of the state campaigns). But as important as this victory over GMO technology is, we can’t let it stop at the seed. This market opening provides a rare and needed opportunity to advance broader sustainability in the fields and on our grocery shelves. Chemical use, greenhouse gas emissions, soil and water quality impacts and other environmental concerns associated with farming need to be brought into this discussion and market area as well—something that has to be done with, rather than to farmers.

The great news is that there is already growing interest among farmers in non-GMO, or “conventional” crop production. Whether a result of the increasing limits and problems (i.e., growing pest and weed resistance) associated with the use of GMOs and related herbicides, the falling commodity prices or the premiums linked to non-GMO markets, farmers across the country are beginning to look at non-GMO options. They can do more. With the appropriate market incentives, farmers are ready to not only stop using GMOs and eliminate the biodiversity and other sustainability concerns that come with these crops, but also reduce negative impacts on soil, water, pollinators, animal and human health, and the climate from their farming practices as a whole.

We believe this because we have experienced it. For over 10 years, IATP has been working closely with farmers to implement just such a “non-GMO Plus” approach through our Working Landscapes Certificates (WLC) program. Created to support sustainability endeavors in the bioplastic sector, IATP’s WLC program provides farmers with a payment for following clear criteria around chemical selection, use and handling, nutrient management, biodiversity and habitat conservation, among other areas of concern associated with their farming practices. Tested through numerous and very different seasons, crop production under the WLC system has proven to neither significantly increase farmers’ costs or negatively impact yields, all while providing a host of environmental benefits and a premium market for the participating farmers.

The emerging market for non-GMO food and ingredients offers the chance to focus not only on the seed, but to also take a big step forward on some of these other major sustainability challenges associated with farming. These opportunities don’t come along very often, so it’s important we recognize and utilize this opening to support more sustainable farming approaches. Companies and advocates that have already been leading on the issue of non-GMOs will be key to this effort. But doing it right means this effort needs to be led not by them alone, but by the farmers, consumers and other stakeholders who have together managed to achieve such a real and crucial victory over GMOs in our food and farming system.

Photo: As the anti-GMO movement grows, there are opportunities to take our food and farming system even further. (Used under creative commons license from desrowVISUALS.com)