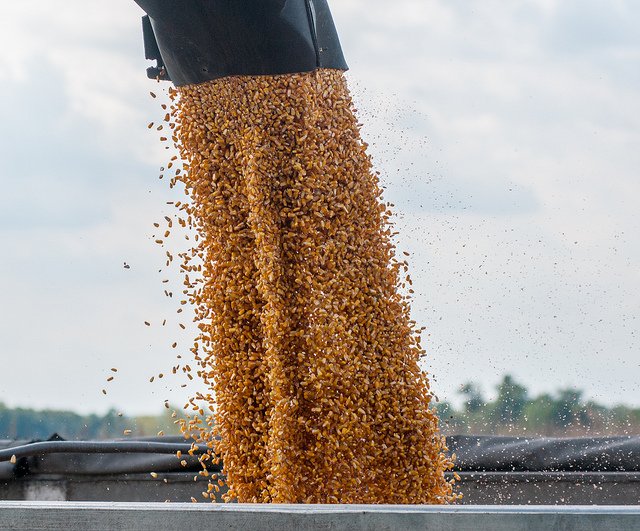 The last few years have not been good for the factory farm industry. High prices for corn and other crops (in part driven by the growth of ethanol) made feed costs incredibly high, while at the same time, environmental and animal welfare advocates have been winning ballot and marketplace battles to shift more meat production out of intensive confinement and industrial systems. Hog and cattle producers have been hit by disease, drought and weather related disasters, resulting in losses in both sectors.

But the winds are changing, and not in a good way, if you live downwind from a factory farm manure lagoon. With the collapse of commodity prices and the expected bumper harvest this year, corn and other grains are expected to be plentiful and sell well below the cost of production. Prices for pork and beef are at or near record highs, while the “blend wall” for ethanol is limiting the ability to shift much more corn into that alternative market. Transportation jams in the rail and barge systems have made local cash prices for grains plummet. This development has devalued the direct export (and even in some cases domestic coastal) markets, but increased interest in local value-added opportunities.

Meat is the most obvious of those opportunities. As IATP details in a new report, the big meat companies acknowledge this reality in their increasing focus on export markets, and could further accelerate that trend with a successfully completed Trans Pacific Partnership trade deal. Add in successful corporate-sponsored efforts to take away local control and regulation—crystalized in the ALEC-sponsored “right to farm” legislation pushed in many states—and you’ve got the perfect scenario for an explosion in factory farms.

Considering the well-documented and extensive problems associated with factory farms (human health impacts, animal welfare problems, food safety, negative water and soil impacts, greenhouse gas emissions, etc.) this is definitely not something that rural America needs more of. Rather than allow this bounty of grain to be soaked up and devalued through cheap and dirty meat production, we should instead use this rare opportunity of surplus to prepare for the future. A publicly held food reserve is an obvious, appropriate response to what we know is coming with a changing climate—more volatile weather and precipitation, higher temperatures, higher rates of disease and pests—all of which are expected to reduce agricultural production. A well-managed reserve would soften the impact of any future drought or reduced harvest, while also helping to stabilize prices for farmers and consumers alike.

Instead of growing dirty meat production, we need to be focused on what the market wants. Consumers are increasingly demanding and willing to pay for meat that is produced in ways that are better for the animal, us and the environment. Organic is the most recognized and highest value sector, but free-range chicken, grass-fed beef, and sustainable pork production, are other growing, higher-value markets responding to an increasingly educated and choosy consumer base.

In the face of climate change and the indisputable negative impacts of factory farms, the choice should be clear: Do we use the opportunity the record crop production offers to build a public grain reserve and focus on more valuable and sustainable meat production or do we take the route “big meat” wants and waste that grain on a cheap meat and dirty system that devalues our communities, environment, workers and the animals? The answer we give to the market and our policymakers on this critical question will impact all of us, not least our rural communities.